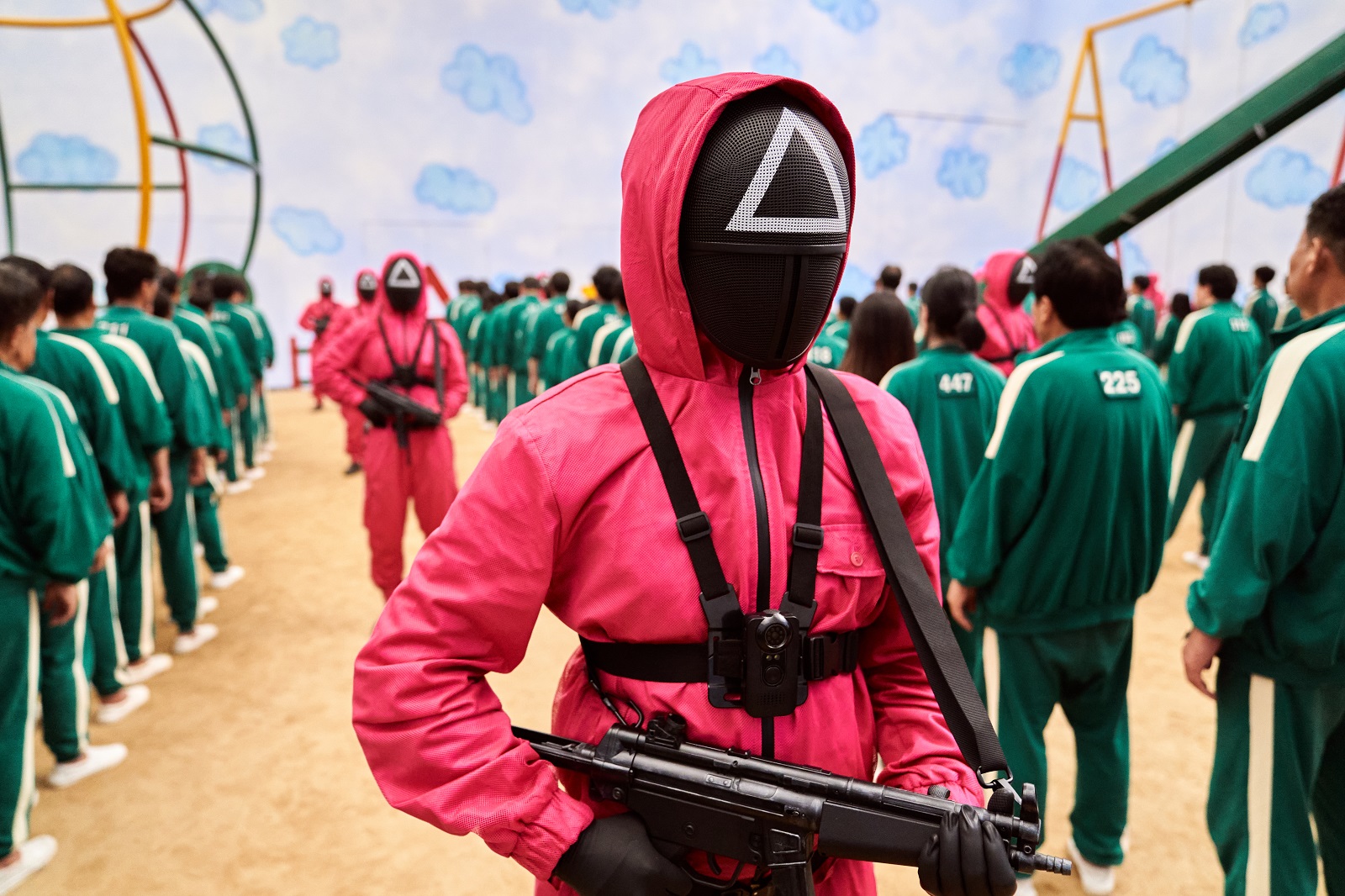 Korean internet provider SK Broadband wants Netflix to pay for costs associated with increased network traffic, as more people in the region are streaming popular Netflix titles. Among the shows that went viral in the country recently is a South Korean TV series that shot at the top of Netflix’s charts globally. That’s Squid Game, a horror show launched just a few weeks ago. It might seem ironic that SK is suing Netflix to pay traffic costs, given that a Korean show is a the top of Netflix’s charts in Korea and other markets. But it’s only a coincidence that SK’s demands came up at a time when a Korean show has topped Netflix’s charts.

Netflix co-CEO Ted Sarandos said a few days ago that Squid Game is on track to displace Bridgerton as Netflix’s biggest global show. The executive did not reveal specific numbers at the time. But he did reveal viewership data that Netflix had not shared with the world before.

The stats revealed how many Netflix accounts watched at least two minutes of shows like Bridgerton and how many millions of hours people spent watching the popular shows and movies. Squid Game will likely get its own stats soon.

The show is a horror story about players competing in children’s games for a multi-million dollar prize. The twist is that the players can and will die during these apparently simple challenges.

Released on September 17th, Squid Game has gone viral in most markets where Netflix is available, including the US. The show is also popular in its home market, where people stream lots of Netflix shows.

SK’s claims have nothing to do with Squid Game’s popularity. If anything, the fact that so many people are streaming the show only helps its case. The internet service provider sued Netflix to pay for the increased network traffic and maintenance work, Reuters reports.

A court in Seoul has already said that Netflix should “reasonably” give something in return to the internet service provider. Separately, some South Korean lawmakers have spoken against content providers not paying for network usage.

Netflix has said that it will review SK Broadband’s claim and work with the internet company. Netflix is the second-largest data traffic generator in the country, after Google’s YouTube. Neither company pays for the traffic they generate.

SK said that Netflix’s data traffic jumped 24 times from May 2018 to 1.2 trillion bits of data per second in September. Many of those bits likely came from Squid Game watchers this month. SK wants Netflix to pay $22.9 million for 2020 traffic alone, a court document reveals.

Netflix sued last year in the country on whether it had to pay anything to SK network usage. The company said that its obligations end when creating content and making it available to consumers. The streamer said that SK incurred traffic expenses while the internet service provider fulfilled its contracts with its customers. That’s the lawsuit where a court said in June that it’s reasonable for Netflix to be “obligated to provide something in return for the service.” Netflix has appealed that decision.

This sort of debate about traffic fees isn’t new, and it’s something that often comes up in association with net neutrality talks. If you’re watching Netflix’s Squid Game hit in the US, you shouldn’t worry about streaming issues. Netflix has been paying a fee to Comcast for over seven years for faster streaming speeds.