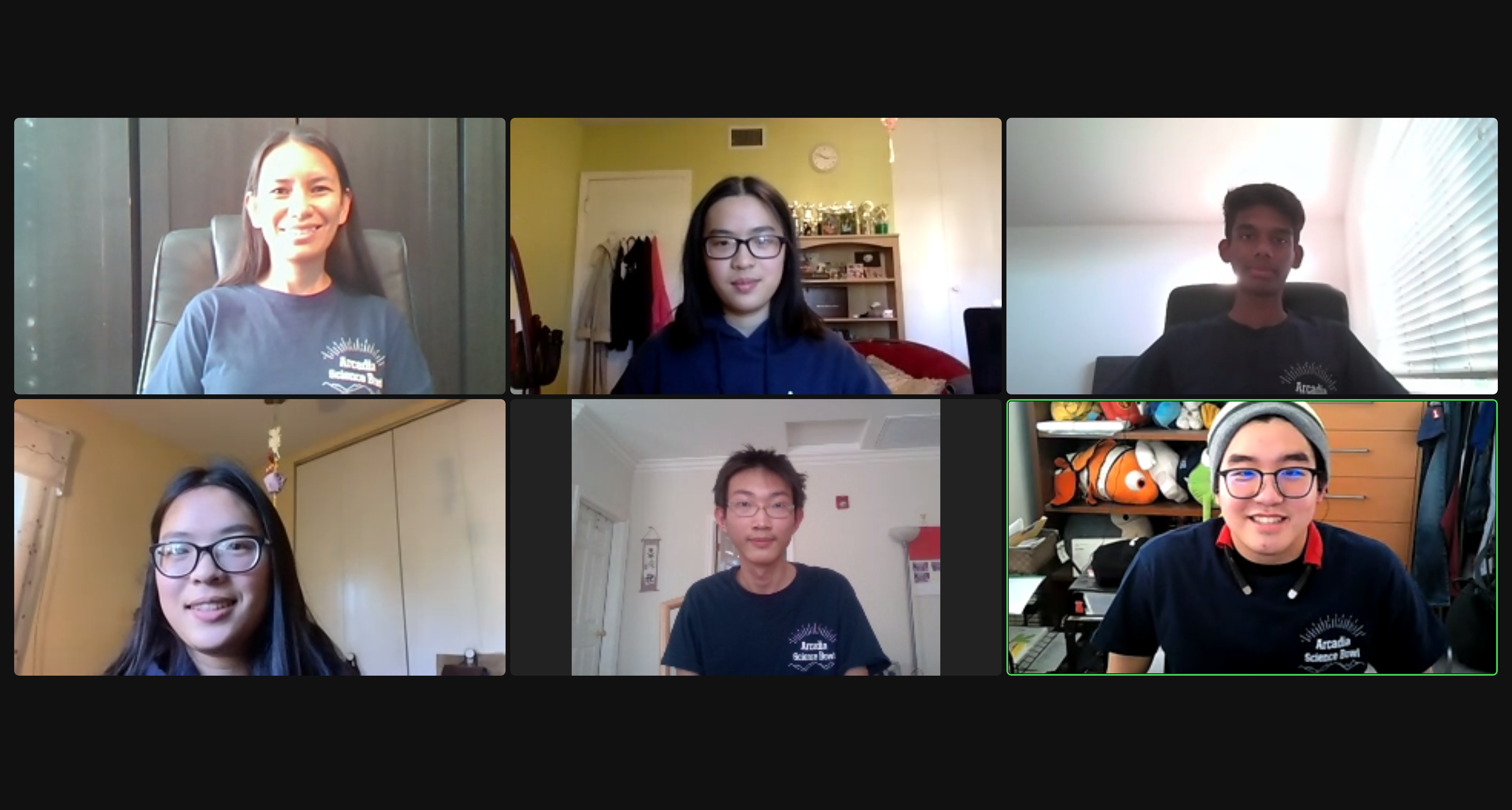 “It was pretty intense throughout,” said Arcadia senior Sonia Zhang, who has competed in the bowl alongside her twin sister Selena since they were sophomores. “It was just a lot of hard questions. … The pacing was really quick.”

The team credits their victory in part to the “power of friendship,” which regularly led to an extra hour of chatting after study sessions that ended at midnight. That closeness showed up on competition day.

“After every round, we were complimented about our teamwork,” said Jeshwanth Mohan, also a senior.

Regional Science Bowl tournaments take place across the country in the lead-up to the National Science Bowl, which is coordinated by the U.S. Department of Energy and includes an all-expenses-paid trip to Washington for participating teams. The first national competition took place in 1991; JPL has been hosting the regional annual event since 1993.

Since the beginning, Kim Lievense, who manages the Lab’s Public Services Office in the Communications and Education Directorate, has been at the helm for JPL. She coordinates some 35 volunteers, largely from JPL and Caltech, which manages JPL for NASA, to run the tournament.

The questions have gotten harder over the years, she said.

The students are quizzed at a first-year college level in biology, chemistry, Earth and space science, energy, math, and physics in a fast-paced verbal format. Teams have just seven seconds to answer questions like this sample from the chemistry category:

Dr. Ecniecs, who loves riddles, gave the following riddle about the periodic table: Element A is left-right adjacent to element B. Element A never shares what it holds. Element B is always taking from other elements. Both elements are a clear gas. Both elements are nonmetals. Combined, they have a mass less than that of gallium. What are the identities of elements A and B?

The answer: neon and fluorine.

Students, who competed from home, had two cameras on them: one showing their faces and another monitoring their workspace in an effort to ensure they’re not cheating. Each team joined with three volunteers in a private virtual Zoom “room” for individual rounds of the event, and – unlike the in-person tournament – never went head-to-head with other teams.

“In this format, you’re under more pressure to know the information well because you can’t rely on the other team to screw up,” Sonia Zhang said.

And you don’t have the fun of interrupting, her sister Selena said.

It’s not quite the same when the events are online only, Lievense agreed, but it’s still a unique challenge for the students. Next year, she hopes, the competition will be held in person.

The Arcadia High team will face dozens of teams from other high schools at the national championship competition, which may also end up being virtual and is currently slated to begin in late April. Before that, there is plenty of time for more studying and late-night chatting.