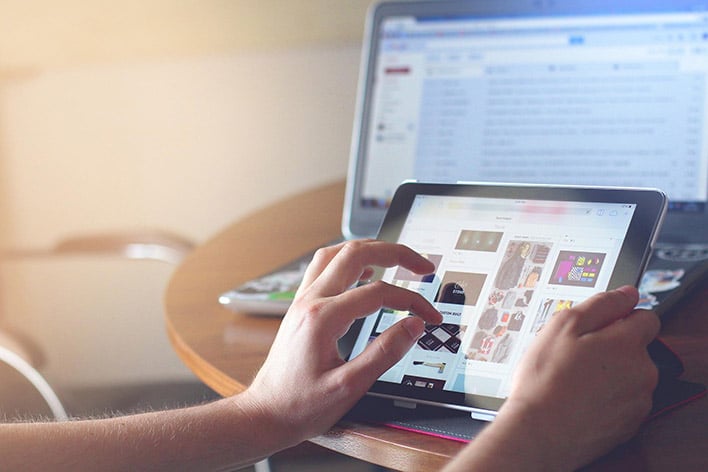 No one truly seems to like their Internet Provider Service (ISP). However, how much of the grumbling is legitimate and how much of it is exaggerated? A recent report declared ISPs the industry with the worst customer satisfaction in the United States.

The American Customer Satisfaction Index’s Telecommunications Study for 2021-2022 surveyed customer service satisfaction across over forty-five industries. These industries included ones such as TV subscription services, airlines, and social media, all of which are notorious for poor customer service. Nevertheless, despite some stiff competition, ISPs were rated the worst industry in customer service. They received a 64 out of 100 which was a 1.5% drop from the previous year.

Which ISP performed the worst? According to the report, Suddenlink, whose parent company is Altice USA (Optimum), ranked the worst in customer satisfaction. It received a 53 out of 100 rating. It was closely followed by Altice USA itself. The “best” ISPs for customer satisfaction were Verizon Fios, T-Mobile, and AT&T. Verizon received a 72 out of 100 or a 1% increase from the previous year. 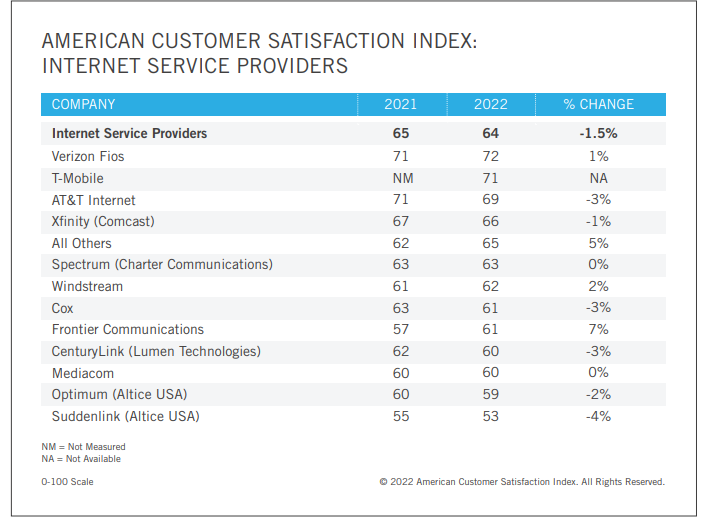 Source: America Customer Satisfaction Index
We would imagine that the lack of customer service is exacerbated by the stranglehold various ISPs have over in certain regions. For example, a 2020 study from the Institute for Local Self Reliance discovered that 47 million Americans are stuck with either Comcast or Charter. Another 33 million Americans really only have one choice as their second option is slower and less reliable. This is especially an issue in more rural areas.

Why do these numbers matter? According to the ACSI report (PDF), “There is a straight line from customer satisfaction to corporate profitability and stock performance. Companies with top-level ACSI scores, and those changing satisfaction for the better, are today’s must watch players.”

However, we do not know whether ISPs will be motivated to change their ways given the control they have over millions of customers. Satisfied customers tend to be returning customers. Nevertheless, Internet access has become such a necessity that many are willing to put up with poor customer service if they can maintain access. Several of the other industries included in the report would be pressured to improve customer service due to their nature. It is uncertain whether ISPs will feel that same pressure.