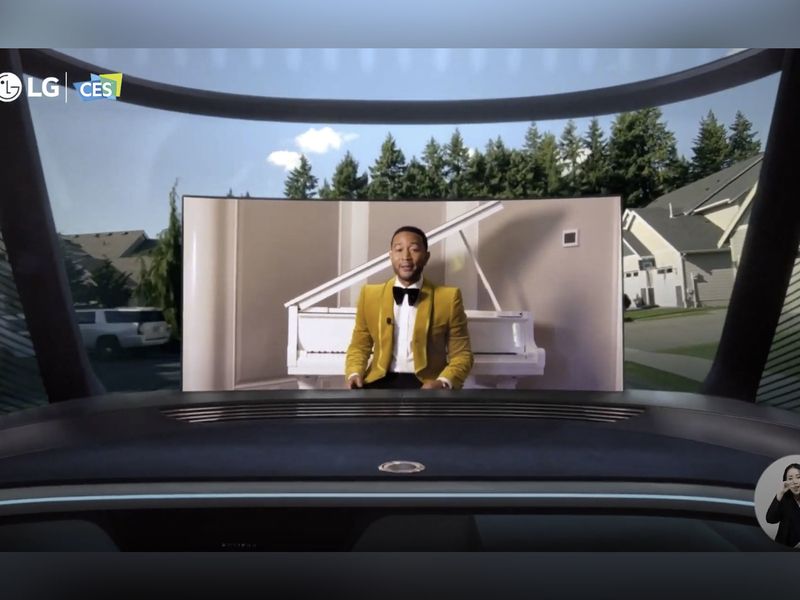 The CES schedule is a bit lighter, with much of the action being moved to online video streams and brands’ websites rather than in-person in Las Vegas, and some of the discussions have been removed entirely after many prominent attendees pulled out of the show at the last minute.

On Tuesday, a slate of programs at CES were absent from the schedule. There was supposed to be a full day of panels with advertising world leaders like Martin Sorrell and representatives from companies like Meta (formerly Facebook), Amazon, Twitter and IBM, but the sessions were missing from the CES website. The panel discussions were set to cover a range of topics like connected TVs, e-commerce, social media and the metaverse, and were part of the media day programming at CES, which takes place before the official opening of the show on Wednesday. However, a number of media outlets also canceled plans to attend the event in Las Vegas.

Officials from CTA, the Consumer Technology Association, which runs CES, declined to comment on how the schedule has changed in recent weeks. The electronics show has been affected by the recent resurgence of the COVID-19 pandemic, which prompted companies to cancel attendance at the last minute. Last month, Meta, Google, Twitter, Amazon, IBM, Procter & Gamble, Lenovo, Microsoft and others pulled out of attending in person. CES is still happening just with a reduced crowd in Las Vegas and with some alterations to the schedule. Companies that had planned activities around CES moved programs online, creating a slew of alternative tracks to catch up with content around the event.

CES organizers built a digital venue using software from Web Summit, the European tech conference. The software created a hybrid conference with some of the content available online and the rest open to people who arrived in Las Vegas. CES is one of the biggest trade shows, known to draw more than 170,000 people to Las Vegas. Organizers anticipated that about half that amount of people would show up this year, but that estimate was before the mass cancellations.

CES is the first major industry event of the year, attracting leaders in technology, media and advertising. The show is an opportunity for companies to study the latest trends in technology and how they can apply to their business and marketing strategies. The last-minute surge in cancellations led to some confusion about how to access events, with many talks getting rescheduled. The C Space, which is the tech and media conference within CES, was greatly reduced, and CES organizers removed one day from the show, deciding to close on Friday instead of Saturday.

Web Summit founder Paddy Cosgrave said that the software for CES is showing a lot of activity around the event from people attending remotely and on the ground, as well. “App usage is actually amazing,” Cosgrave said in a phone interview. “CES will release all the numbers themselves, that’s not for us to do.”

CES organizers said that attendance will be audited and released publicly when complete.

“I feel for CES,” Cosgrave said. “They’ve done such an incredible job bringing the event back. Of course, seeing anyone not being able attend in person, it would always be better to have people on the ground in Las Vegas.”

In January 2021, CES was an online-only conference.

This year, the pandemic forced many brands to switch from in-person plans to virtual meetings and presentations, including P&G, Lenovo, Panasonic and Intel. Featured CES exhibitors host keynote speeches to introduce new products, and many of the companies switched to pre-recorded shows on Tuesday. P&G, one of the more prominent consumer product brands at CES, moved its presentation to a website, P&G LifeLab. Marc Pritchard, P&G’s chief brand officer, was scheduled to host a discussion online on Wednesday. Samsung, meanwhile, a prominent CES presenter, was still set to host a keynote speech live from Las Vegas on Tuesday.

Mediaocean, a media management technology platform, planned to host a space for clients and partners at The Cosmopolitan, a hotel near the heart of the action at CES. The ad tech company was producing a side conference featuring discussions with executives from Facebook, LinkedIn, Twitter, P&G, Cadillac and others. Aaron Goldman, Mediaocean’s chief marketing officer, said the company had rented a 17,000-square-foot ballroom. “We had this massive thing planned for CES and had to pivot,” Goldman said by phone on Tuesday.

The event will now take place online on Wednesday and Thursday. “It really does set the tone for the year in terms innovation and technology and the themes people are going to be talking about,” Goldman said. “If you work in the space, it’s important you understand that.”

MediaLink, the management consulting firm led by Michael Kassan, moved its portion of C Space discussions to an online venue. MediaLink planned to record a series of panels that were meant to take place live in Las Vegas, and instead they will be posted online next week.

As for top electronics companies like LG and Panasonic, they have online hubs dedicated to CES. Sony was set to host a keynote speech on Tuesday evening in the central hall of the convention center, which was not scheduled to be live-streamed online. CES organizers have been trying to balance sharing content online while keeping some of the events exclusive for people who attend live. CES will post the Sony speech later for on-demand viewing.

Some of the talks will stream online, including a discussion about NFTs with celebrity influencer Paris Hilton, scheduled for Wednesday.