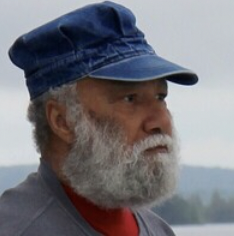 He was the son of Bennett Joshua Wilson and Marion (Rogers) Wilson of Boston, MA.

Born in Attleboro, Charlie was raised and educated in Norfolk. He attended King Philip Regional High School, obtained his GED, and joined the United States Marine Corps. He served with the Marines as a radio operator from August 1961 to May 1965, working on 13 different ships and spending one year stationed in Okinawa. He was honorably discharged with the rank of Lance Corporal.

After his discharge from the military, he worked on his parent’s farm and attended Bryant & Stratton in Boston, earning his associates degree.

He married Carol Anne Harris in 1967 in Boston.

After residing in Gardner, for a few years, the couple eventually moved to Framingham, MA in 1973 where they raised their two children, Chuck, and Jessica.

Charlie worked for over 30 years as a computer programmer at General Electric Corporation prior to his retirement in 2009.

Those who truly knew Charlie will remember his great capacity for love and his warm sense of humor. He had an immense passion for hard work as well as for tinkering in the basement with just about anything. He seemed to be able to do it all. He cooked extravagant meals, rebuilt cars, and sewed ballet costumes for his daughter. Charlie had a great appreciation for his cat, Pi, as well as for fishing, sailing, photography, and spending time near the ocean in Maine and Cape Cod.

Charlie is predeceased by his parents. He is survived by his wife, Carol Anne (Harris), of Framingham, MA; his daughter, Jessica Harris Wilson, and her husband, Kevin Alan Rudat, of West Boylston, MA; his son, Charles Lawrence Wilson Jr., of Gouldsboro, PA and his fiancée, Megan Carroll Leary, of Coopersburg PA; his daughter-in-law, Michele Mazak Wilson, of Clarks Summit, PA; his grandson, Zachary Charles Wilson; and his many siblings including Bennett Joshua Wilson Jr., Marion Louise Wilson Jr., Jeanne Marie Wilson, Harold Edward Wilson, and Daniel Gilbert Wilson as well as their spouses and children. Affectionately known as “Captain Charlie,” he is also survived by a multitude of nieces, nephews, and cousins.

In keeping with Charlie’s wishes, a memorial luncheon will be held to celebrate his life in lieu of a funeral. The event will be held later this spring and will be open to friends and family members.

To leave a message of condolence please visit www.nortonfuneralhome.com