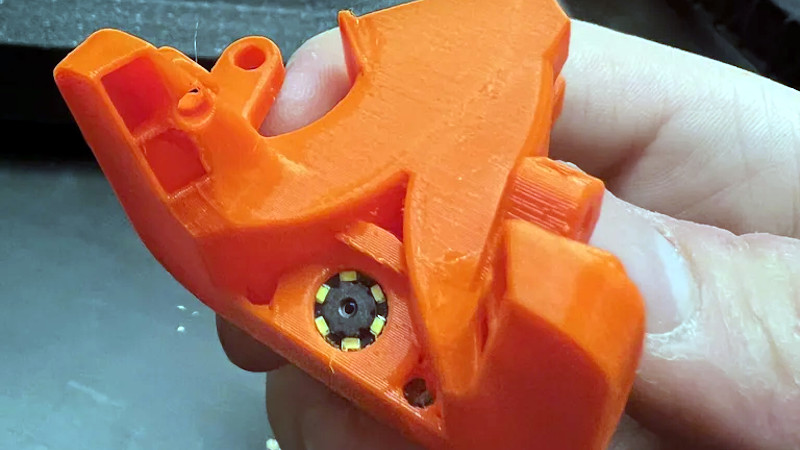 A growing trend is to mount a borescope “inspection camera” near a 3D printer’s nozzle to provide a unique up-close view of the action. Some argue that this perspective can provide valuable insight if you’re trying to fine tune your machine, but whether or not there’s a practical application for these sort of nozzle cams, certainly everyone can agree it makes for a pretty cool video.

[Caelestis Cosplay] recently decided to outfit his Prusa i3 MK3S+ with such a camera, and was kind enough to share the process in a write-up. The first step was to find a community-developed fan duct, which he then modified to hold the 7 mm camera module. Since the duct blows right on the printer’s nozzle, it provides an ideal vantage point.

The camera module included a few tiny SMD LEDs around the lens, but [Caelestis Cosplay] added holes to the fan duct to fit a pair of 3 mm white LEDs to really light things up. While modifying the printed parts took some effort, he says the hardest part of the whole build was salvaging a 5X lens from a handheld magnifier and filing it down so it would fit neatly over the camera. But judging by the sharp and bright demo video he’s provided, we’d say the extra effort was certainly worth it.

After covering how the camera rig was put together, [Caelestis Cosplay] then goes over how it was integrated into OctoPrint, including how the external LEDs are switched on and off. He’s running OctoPrint on a Raspberry Pi, though as we’ve covered recently, a small form factor desktop computer could just as easily run the show.