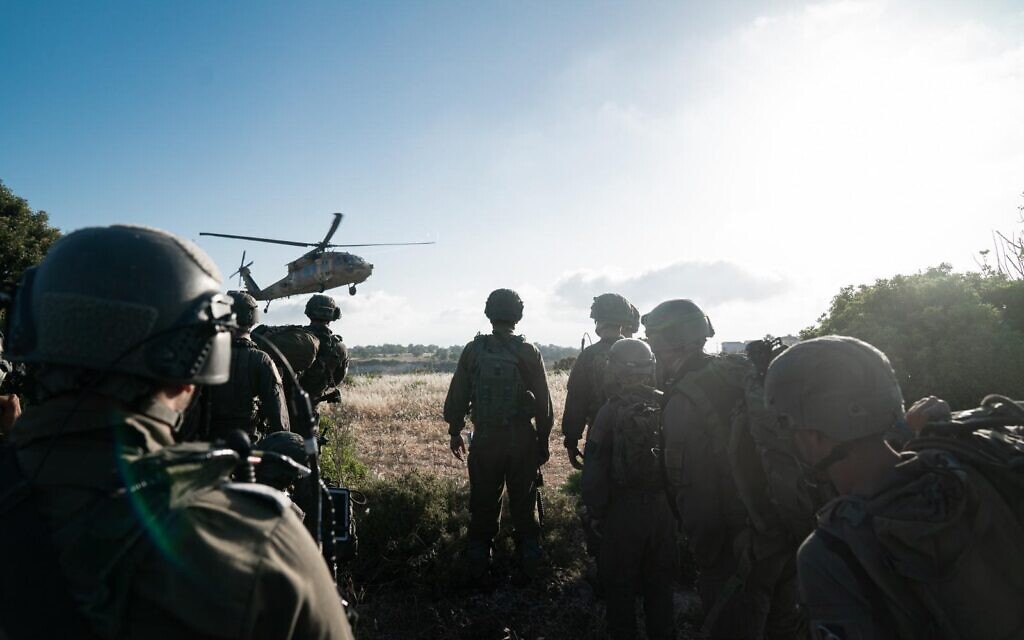 The IDF on Thursday wrapped up a major military exercise in Cyprus, simulating a military ground offensive deep inside Lebanon in a potential war against the Iran-backed Hezbollah terror group.

The Mediterranean island was chosen both for its terrain — mountainous along a coastal plain, like Lebanon — and its proximity to Israel. The drill simulated various difficulties in a ground assault, such as food, water, and ammunition supply; communication issues; and the general complications in operating in unfamiliar territory.

But the communist main opposition party Akel said Thursday that the move undermined Cyprus’ security and compared the IDF to the Turkish military that occupies the northern half of the divided island.

“Territories and cities of our country cannot be turned into training grounds for any foreign armies,” Akel said, according to the Cyprus Mail.

“On top of that, Cyprus should avoid cooperating with a foreign army with a history of occupation, colonization, war crimes and violation of international laws, all of which remind us of the Turkish occupation in the island,” the party said.

Akel has a long history of anti-Israel policies and was the only party to vote against the Cyprus-Israel security agreement signed in 2020. 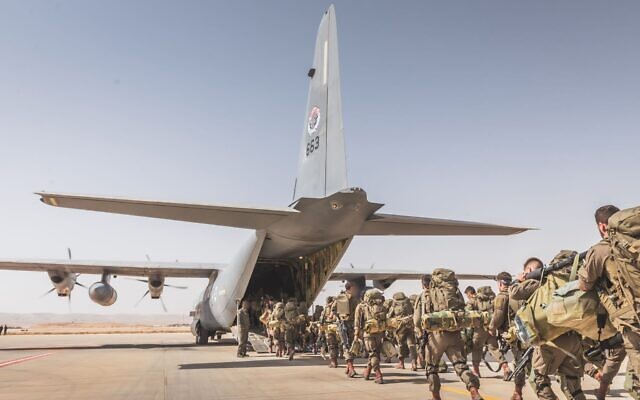 Israeli troops hold a major drill in Cyprus, in an image published by the military on June 2, 2022. (Israel Defense Forces)

Apart from Akel, the Cyprus Mail also reported that there had been significant complaints from local residents over the noise produced by military vehicles and artillery fire.

In recent years Israel, Cyprus and Greece have formed an increasingly close alliance aimed at countering Turkey as a strategic rival in the Mediterranean Sea.

Cyprus did not directly participate in the exercise. Still, Defense Minister Benny Gantz and IDF chief Aviv Kohavi hailed the “strategic alliance” between the countries during the drill.

The IDF sees the Eastern Mediterranean region as an area of significant ​​interest in order to maintain security stability, where “strategic cooperation” with partners — such as Cyprus and Greece — is of high importance, officials said.

Also during the final week of the major monthlong exercise — dubbed Chariots of Fire — the Air Force simulated airstrikes on Iranian nuclear facilities, over the Mediterranean Sea.

The Chariots of Fire drill was the military’s largest exercise in decades.

It addressed the possibility of sudden events erupting in multiple theaters at the same time, while focusing on fighting the Iran-backed Hezbollah in Lebanon.

We’re really pleased that you’ve read X Times of Israel articles in the past month.

That’s why we started the Times of Israel ten years ago – to provide discerning readers like you with must-read coverage of Israel and the Jewish world.

Thank you,
David Horovitz, Founding Editor of The Times of Israel