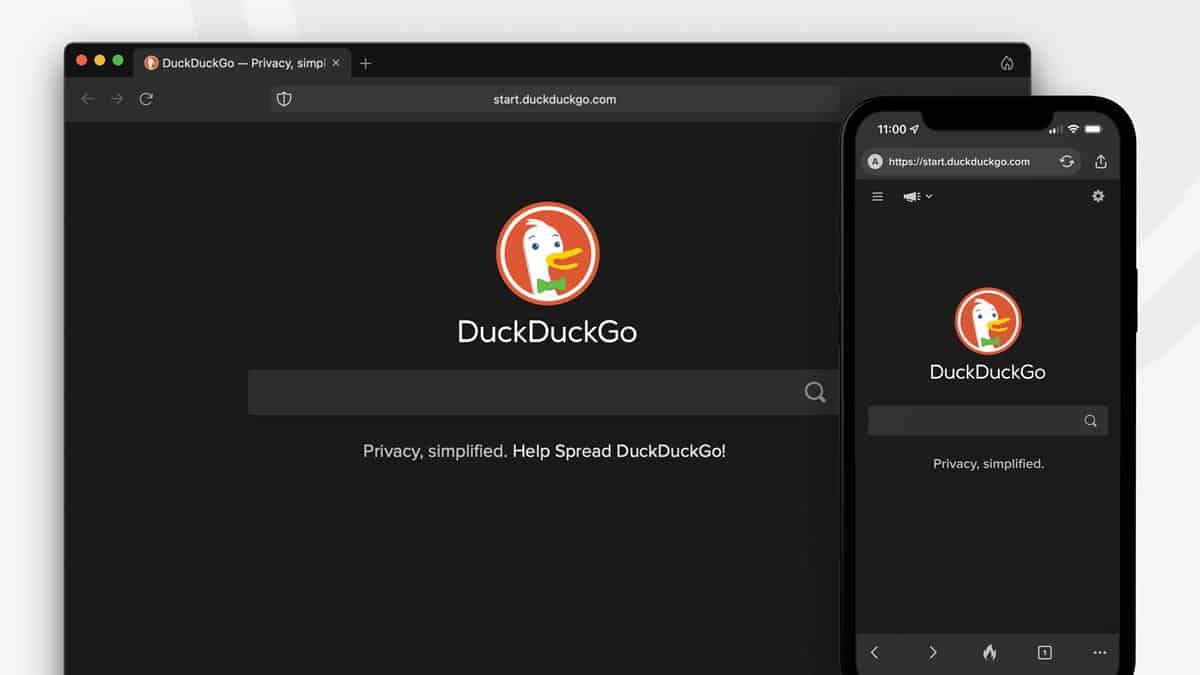 A new entrant is emerging in the browser wars, but from a familiar source. The makers of the privacy-focused search engine, DuckDuckGo, have revealed that they are working on a desktop browser.

This isn’t a completely new area to the company, as DuckDuckGo has a browser for Android.

Speaking of which, the search provider claims that its app is the most downloaded browsing app on Android in its major markets, and the 2nd on iOS.  With over 100 million searches a day, DuckDuckGo boasts a sizeable user-base.

What features will the DuckDuckGo desktop browser offer to users?

It won’t rely on complicated settings that users will need to configure to secure their privacy. The announcement on the official website says that the browser will offer robust privacy protection, that works out of the box, to protect users when they search, browse, email, etc.

Earlier this year, DuckDuckGo introduced Email Protection, a free email-forwarding service which you can use instead of your regular email, and still get the mails delivered to your inbox sans trackers, which sounds better than Firefox Relay. Last month, the company unveiled its App Tracking Protection for Android. The feature blocks third-party trackers that are found in other apps. Since the announcement article says that the desktop browser will offer a similar experience as its mobile counterpart, we can expect these options to be included in the desktop browser, along with the Privacy Dashboard, Fireproof Site option (clears cookies automatically), Global Privacy Protection, etc.

The first screenshot featured here shows a Fire button just like the mobile app, which provide a one-click solution to erase the browsing data and history. The toolbar looks minimalistic with just the navigation buttons on it, while the address bar shows a shield icon, possibly for accessing the Privacy Dashboard. The image is likely just a placeholder, the actual product could look different, so I wouldn’t judge it until testing it first-hand.

What engine does the DuckDuckGo desktop browser use?

The announcement on the brand’s website says that it is not forking Chromium or others (Firefox’s Gecko), and instead will rely on the API for the OS-provided rendering engines. That is quite cryptic, isn’t it? Allison Johnson, Senior Communications Manager at DuckDuckGo, gave a statement to The Verge. The message reads as follows, “macOS and Windows both now offer website rendering APIs (WebView/WebView2) that any application can use to render a website. That’s what we’ve used to build our app on desktop.”

So, the DuckDuckGo browser will be based on the WebView2 engine, which is used in Microsoft Edge. Similarly, it will use Safari’s Webkit rendering engine on Apple’s macOS. How’s this different from a fork?

DuckDuckGo’s browser is built from scratch, to discard the clutter from the OS-provided application. This also means everything else in the browser, such as tabs, bookmark management, navigation controls, passwords, are being re-built.

Where can I download the DuckDuckGo browser for computers?

There is no ETA for the app, the browser is currently in closed beta for macOS (as seen in the screenshot), while a Windows version is still in the works. There is no word about a Linux version.

Whether DuckDuckGo’s desktop browser will be able to compete in an already saturated market dominated by the likes of Chrome, Edge, Firefox, Safari, Vivaldi, Opera and Brave, is something only time will answer. Microsoft Edge’s aggressive tactics needs to be tackled with, so it’s nice to have another alternative that will likely convince users to switch from it and Chrome, but the same could happen with regard to other privacy-friendly browsers like Firefox, Vivaldi, Waterfox, etc.

I’m curious to see if the DuckDuckGo desktop browser will support extensions and add-on stores. A built-in tracker blocker is nice, but an option to install third-party plugins like uBlock Origin would be even better.

DuckDuckGo browser is coming to macOS and Windows

DuckDuckGo desktop browser is coming to macOS and Windows. Here’s what we know about it.

DuckDuckGo browser is coming to macOS and Windows

Business Tips
We use cookies on our website to give you the most relevant experience by remembering your preferences and repeat visits. By clicking “Accept All”, you consent to the use of ALL the cookies. However, you may visit "Cookie Settings" to provide a controlled consent.
Cookie SettingsAccept All
Manage consent