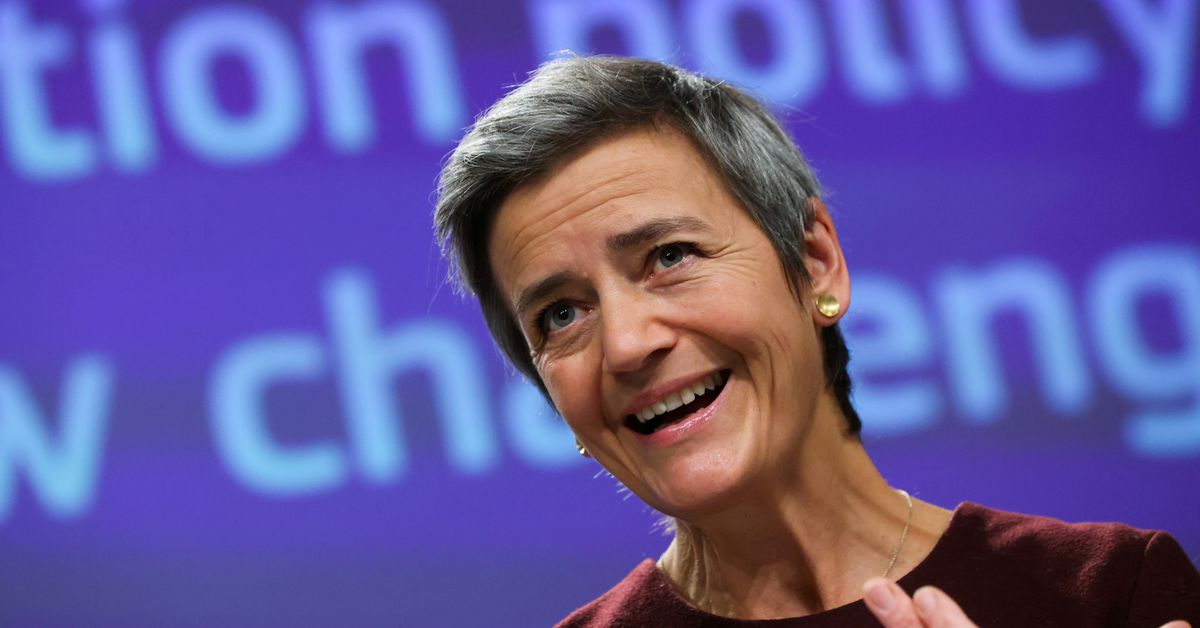 Frustrated by the slow pace of antitrust investigations, Vestager late last year proposed the Digital Markets Act (DMA), which sets out a list of dos and don’ts for U.S. tech giants designated as online gatekeepers.

Gatekeepers are companies with at least 8 billion euros ($9 billion) in European turnover and an 80 billion euro market capitalisation. The rules need to be thrashed out with the European Parliament and EU countries before they can be adopted.

It also wants to empower the European Commission to temporarily halt so-called killer acquisitions by gatekeepers, or takeovers aimed at shutting down nascent rivals.

Targeted advertising would be allowed with the consent of users, but banned for minors.

Breaches of the rules would result in fines of between 4% to 20% of a company’s global turnover, compared with Vestager’s proposed 10%.

“Great news! Today’s @EP_SingleMarket vote brings us one step closer to the DMA’s adoption. One step closer to a free, fair and competitive Tech market where all players stand a chance to make it,” Vestager tweeted.

“We do not want bigger companies getting bigger and bigger without getting any better and at the expense of consumers and the European economy,” lawmaker Andreas Schwab said.

“The lack of any impact assessment of the Parliament’s amendments take the DMA deeper into unknown territory creating significant risks of unintended consequences for Europe’s digital economy,” its competition lawyer Kayvan Hazemi-Jebelli said.