The Information, a technology news publication aimed at Silicon Valley insiders, has reached 225,000 active users, underlining the rise of specialist subscriptions as a business model for journalism.

The San Francisco start-up, founded by former Wall Street Journal reporter Jessica Lessin in 2013, is expanding its focus beyond scoops and analysis with a weekend lifestyle edition.

“You can’t cover tech all day long without realising it’s not just about the companies any more,” says Lessin, The Information’s chief executive. “It’s really about how tech is changing the way we live, work and play . . . what does Silicon Valley do on the weekend?”

Lessin founded The Information around the bet that tech executives would pay hundreds of dollars a year for exclusive information and analysis on their industry. She says subscriber growth has been “very solid and consistent” in recent years. About 75 per cent of readers are under the age of 45.

While legacy publishers experienced a slowing in readership this year after a boost during the tumultuous Trump presidency, “we had no Trump bump and we had no Trump trough”, she added.

The Information is among a crop of young media ventures seeking to build specialised subscription businesses with a similar pitch: providing valuable information to a specific — and wealthy — audience.

Reporters from Politico, the US political news website, left in January to create Punchbowl News, a publication focused on “the people in Washington who make decisions”. The company charges $300 a year and has reached more than 100,000 subscribers.

Former Vanity Fair editor Jon Kelly this year co-founded Puck, which charges subscribers $100 a year to receive “the details and plot that only the true insiders know” about Hollywood, Silicon Valley, Washington and Wall Street.

Newsletter platform Substack has also grown as a place for influential writers to sell their journalism. The 10 most popular Substack writers combined earn more than $20m a year.

“It’s an updated [business to business] model. It’s far different from a consumer publication”, said Ken Doctor, founder of news start-up Lookout Local. “It’s a matter of: do you have enough talent to produce something really revelatory to a decision maker?”

These publications differ markedly from other digital media groups, such as Vice Media and BuzzFeed, which have failed to find a way to make regular profits through businesses built on advertising. “Price point is less of a factor, so you can make a business work on far fewer customers than a consumer business”, said Doctor.

The Information charges $400 a year for full access. The 225,000 figure includes paying subscribers and people who have subscribed to a newsletter, which is free. Lessin says The Information, which she started with her own money and has 49 employees, is profitable but declined to give specifics. 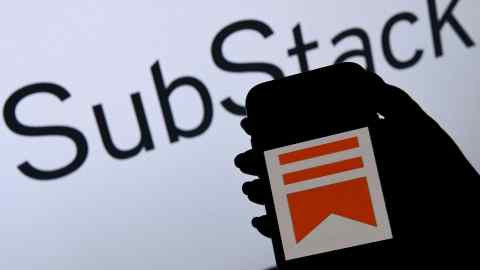 Over the summer Lessin was considering launching a new publication focused on Hollywood. However, she changed her mind when she saw an opportunity for lifestyle weekend content.

The new edition, published on Fridays, will offer stories ranging from long-form features to recommendations and short interviews, as well as a parenting column. Lessin has hired Jon Steinberg, previously editor of San Francisco Magazine, and Josh Duboff from Vanity Fair, to lead the project.

As The Information has grown, larger media groups have looked to capitalise, with Bloomberg partnering with the company to offer bundled subscriptions last year. However, that partnership has ended, with Lessin saying “there were just a lot of other growth ideas that rose to the top”.