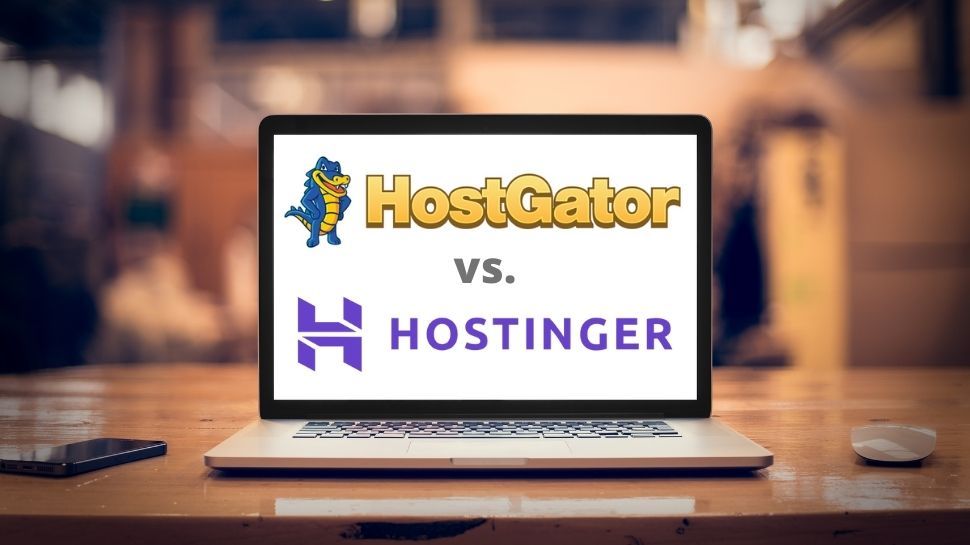 If you’re one of the few who are looking for budget hosting solutions, Hostinger and HostGator are probably at the top of your list. And rightfully so. Among the top names in web hosting, both are highly affordable yet offer reliable and fast hosting services.

Despite these great features, their reliable customer support available 24/7 becomes their easiest selling point, making help available to users anytime anything doesn’t work the way it should. This means a website that’s not only fast, but also always up and running.

As similar as both hosting providers may seem, there are key differences that will likely determine your choice. Read through to find out which provider is best for your needs.

Both Hostinger and HostGator have comprehensive plans designed to fit the budget of users. The difference comes in the way these plans are laid out. For instance, HostGator has plans for users looking to start a single website, as well as plans if they’re building multiple sites. Hostinger’s plans, on the other hand, are categorized into simpler options.

Moreover, backups, easy integration, and SSD drives are all offered by both hosting platforms. Both also offer VPS, WordPress, cloud, and Dedicated Server Hosting and have a 99.9% uptime guarantee, as well as a money-back guarantee.

Upon comparison, you’ll easily find that Hostinger is the more affordable option with their lower-priced plans. Hostinger’s most basic plan comes in at only $1.39 per month. Their WordPress and VPS hosting plans are also cheaper than those of HostGator, priced at $1.99 and $3.95 respectively.

Hostinger’s basic plan lets you host one website, offers 30GB of SSD storage, weekly backups, and bandwidth limited to 100GB. This is best for sites not expecting heavy traffic. Other plans offered by Hostinger include cPanel hosting priced at $1.95 per month, cloud hosting at $9.99 per month, CyberPanel VPS hosting at $3.95 per month, and more.

HostGator’s shared plans start at $2.75 per month. This plan gives users a single website and includes free domain registration for a full year. Hostinger’s Dedicated Servers’ cheapest plan goes for $89.98 per month, while the highest tier costs $139.99 per month.

Beginners prefer both Hostinger and HostGator because of the simple interface you’ll find on both platforms, although they use completely different management systems.

HostGator went with the classic cPanel and native user interface, which makes the dashboard easy for beginners to navigate. This makes tasks and processes so much easier to tackle, not to mention faster. Their dashboard lets you access billing, the marketplace, and other main tools to manage your account.

Both are relatively user and beginner-friendly, but we’re more inclined to go with the native interface and cPanel dashboard for now. HostGator takes this round.

Performance of sites often encounters problems when in shared hosting, one hosted site increases its consumption of the resources. It’s relatively inevitable, but HostGator safeguards their hosted sites’ performance by limiting how many clients each server hosts. As a result, HostGator’s sites perform well beyond expectations.

Hostinger’s high-performance solid-state drives alone make data load faster, resulting in an uptime guarantee of up to 99.9% and a relatively higher site loading speed, due in part to their servers being located in three continents.

Hostinger’s scalable servers make it an easy choice for reasonable pricing and quality performance. HostGator is not far behind in performance, but there’s no taking this spot from Hostinger.

HostGator’s Dedicated hosting plans start at less than $90 per month. Pretty steep but when you weigh in the features and advantages, it’s a pretty good investment. Hostinger does not offer Dedicated hosting.

You’re also likely to find WordPress hosting from both, but Hostinger has cheaper plans and more options. HostGator only offers three plans to choose from and can host only three sites maximum, while Hostinger gives you up to 300. Both come loaded with features and benefits.

While HostGator should win by default with the absence of Dedicated hosting with Hostinger, the latter does offer more flexibility and proves superior feature-wise.

Zyro, Hostinger’s in-house and widely known website builder, lets you publish a website within minutes with an easy and beginner-friendly interface. With Zyro, building a website takes only three steps: choose an SEO-optimized template, drag & drop to edit, and pick a plan to publish.

HostGator’s website builder also offers the “build a website within minutes” feature. Unlike Hostinger, their website builder will require five (easy) steps to launch, which includes answering some questions, inserting your logo, adding your images, editing, and then launching the site. This website builder also allows drag-and-drop and has a simple and beginner-friendly interface.

HostGator and Hostinger’s website builders both offer non-complex website building, but since only Zyro offers a free trial, Hostinger takes this round easy.

Neither HostGator nor Hostinger takes security and protection lightly. That’s why you’ll get a free SSL, regular backups, DDoS protection and server monitoring included in your plan with both companies. These backups are automated and while Hostinger lets you download and keep your backup files, HostGator wipes them out weekly.

When it comes to advanced security options, however, HostGator has additional security measures from add-ons that you can find on the cPanel. These features cost a little extra, though. Hostinger has some of these advanced features available without extra charges.

As mentioned earlier in this article, both Hostinger and HostGator will have their support team ready to assist you anytime anything goes wrong to keep your website up and running. That means having their team on standby 24/7.

Hostinger only has live chat and email agents available, which means having a live agent is the fastest way you can have someone to the rescue if something isn’t working, which isn’t half as bad, except when you find out that Hostinger has phone agents ready to talk you through troubleshooting steps, on top of live chat support.

That said, we’d have to give it to Hostinger’s customer support team.

The comparison we’ve just made has hopefully shown how close the competition is between these two popular hosting providers, which should help if you’re stumped and cannot make a decision.

There’s not a lot of difference between these two hosting providers as both give great performance and offer their quality services in reasonably-priced plans.

However, when you take into consideration how much cheaper and more practical Hostinger’s plans are, not to mention a free trial to use their website builder and free advanced security features, Hostinger does get a huge advantage over its toughest competitor, HostGator.