How the infrastructure package could fix America’s internet problems 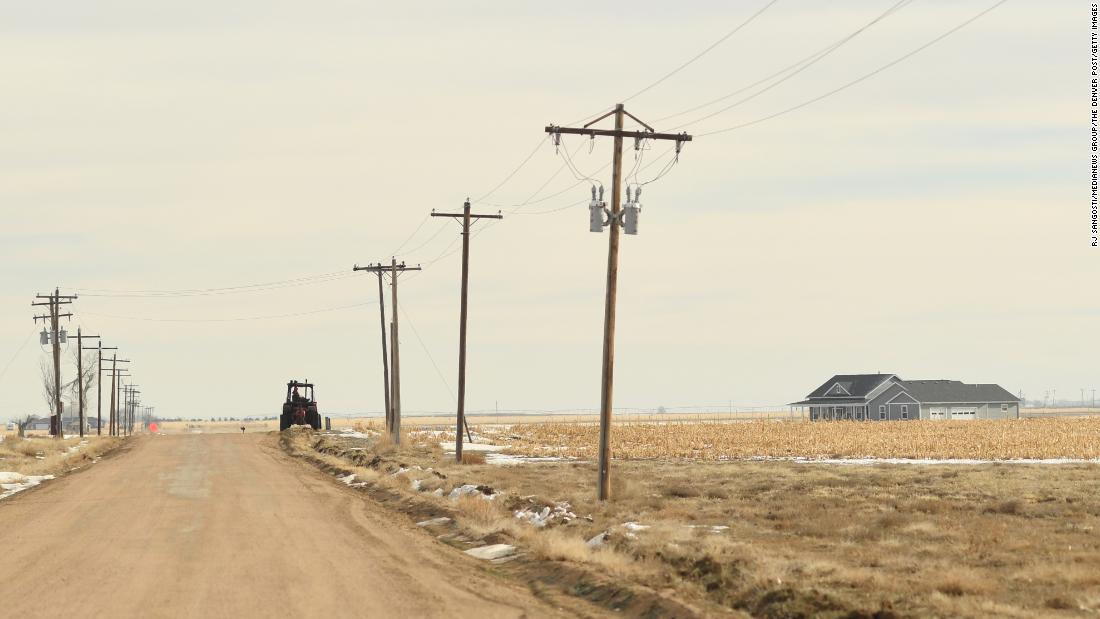 He’s been shepherding a community effort to bring broadband to Maine’s lake region for more than a year. The new $65 billion federal investment in broadband included in the bipartisan infrastructure legislation signed Monday could help finally make it a reality — but he warns it still won’t be easy.

“The money coming in does gives you hope. But there will still be ups and downs. It’s going to be a slog,” Ritter said.

Many rural areas across the country lack access to high-speed, affordable internet largely because installing the infrastructure isn’t worth the investment for internet service providers to take on. The cost is too great and the return too small. After being told by a provider that Denmark, with its 1,000 homes, was too small to serve, Ritter is trying to bring more communities together.

The unprecedented amount of federal funding for broadband aims to fix the digital divide in a different way than the government has tried before. It will put money into the hands of communities that may know how to best address the issue. The funding will target three major barriers to adoption: the cost of building the infrastructure, the user fees charged to households and people’s familiarity with using the technology.

“Reliable, high-speed internet is a necessity and the Covid-19 pandemic made that painfully clear,” he added, noting how children were sent home from school for virtual learning and many people started working from home.

Each state will get at least $100 million to disburse over the next five years through grants to local communities with a plan to expand internet access to their homes and businesses. Internet service providers will be required to offer at least one affordable plan and to be transparent about pricing by adopting a “broadband consumer label,” which was previously proposed by the Federal Communications Commission and could resemble the nutrition facts label found on food products.

The federal funding will go a long way in Maine where tens of thousands of households don’t have access to high-speed internet, said Peggy Schaffer, executive director of the ConnectMaine Authority, a board that disburses state grants for local broadband projects. The group has doled out only about $1 million annually in the past and was unable to fund all the requests.

“We could be looking at a substantial amount of money that will not only run wire by people’s houses but also make sure they can afford the connection and know how to use it,” Schaffer said.

“The pandemic really ripped off the cover. The internet is an integral part of our civic, economic and social lives. It’s the great equalizer,” she added.

There are many challenges facing communities wishing to expand broadband access. They must first survey residents to nail down how many people are not served by the existing network. Then they decide what kind of system would be best — DSL, fiber or wireless — and who will build, own and operate it.

But funding has been the biggest hurdle. In Georgetown, a town on an island less than an hour from Portland, Maine, a community group was rejected for federal funding from a program run by the US Department of Agriculture.

The group could finally afford to fund its broadband plan after receiving private money from several families in the town, said Carlos Barrionuevo, a member of the Georgetown Broadband project who also serves on the board of directors for the state’s Maine Connectivity Authority.

After more than four years of planning, the project broke ground and is now about halfway complete. It will bring a fiber network to the island, which only moved away from dial-up service in recent years.

“It’s been a long journey,” said Barrionuevo, who sometimes runs to the local library to upload a particularly large file.

But he expects the timeline to be much shorter for other communities in Maine given the new federal funding.

Given that the Georgetown broadband project has already broken ground, it’s possible the community could take advantage of the new federal funds to expand upon the system being built now — whether that’s by adding telehealth programs, for example, or making the service more affordable.

“This is probably the best opportunity we’ve had to fix the problem. Now the question is how states and communities will use the money,” Barrionuevo said.

« So you want to be a software developer? Advice on getting started from self-taught programmer-turned-CTO Eric Solender