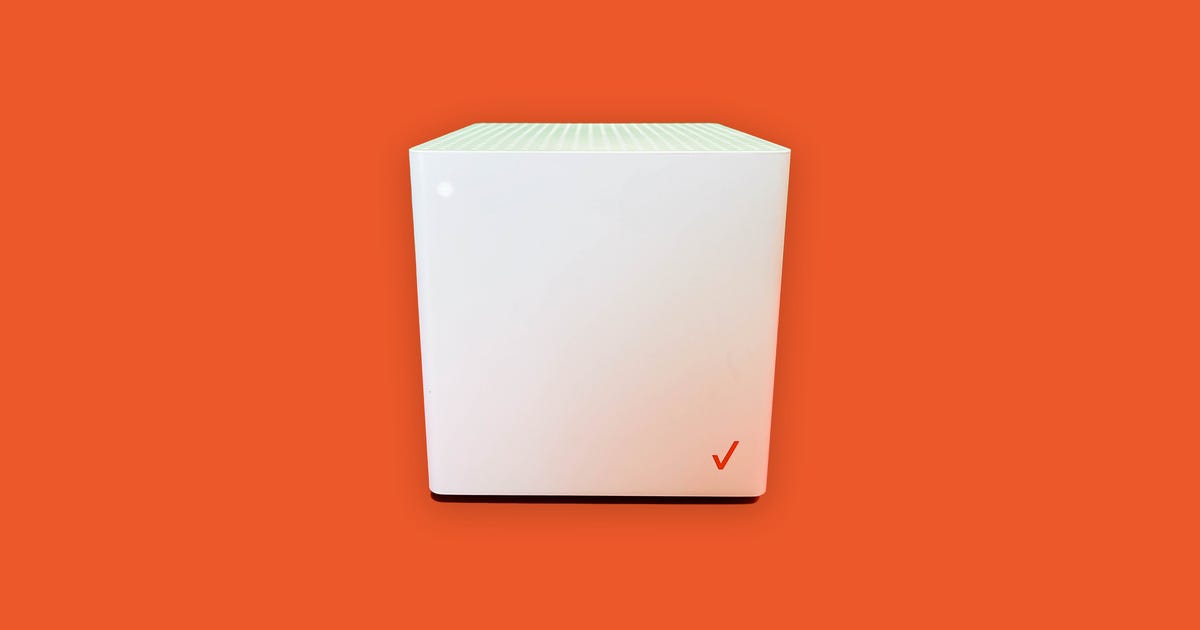 I decided to embrace the future over the last few weeks, starting with my home internet. I ditched my Spectrum cable internet and television services for the overhyped next generation of wireless: 5G. The new tech has been touted as a solution to plenty of problems, but one of its early successes has been providing competition to the likes of Comcast Xfinity, Charter Spectrum, Altice’s Optimum, AT&T and Verizon Fios.

Through several weeks of my trying out T-Mobile’s and Verizon’s respective $50-per-month services, both showed plenty of promise for eventually replacing my home broadband. But neither proved reliable enough to keep today, so for now, I’m switching back to a more focused home internet provider.

Here is what I’ve learned.

How Verizon and T-Mobile Compare

Although neither carrier officially offers 5G home internet services in my building, both providers have particularly strong 5G coverage in my area of New York City.

On Verizon’s 5G Ultra Wideband network I can often find download speeds greater than 200Mbps (and sometimes over 300Mbps), an impressive connection that can easily handle all the gaming, streaming and working needs of myself and my two roommates.

Uploads, at least in the early days of my use, were around 20Mbps, or on par with my Spectrum cable connection.

Read more: Everything You Need to Know About Verizon 5G Home and T-Mobile Home Internet

T-Mobile, which has its 5G Ultra Capacity available where I live, has lately hit similar download speeds in my area — a more recent development that gives me confidence that the carrier is still actively working on bolstering its network even in areas where it has already deployed plenty of 5G.

The T-Mobile connection also has been more responsive, often offering lower latency and higher upload speeds regularly over 40Mbps. That is double what Verizon’s 5G and my 400Mbps Spectrum plan were offering.

Both carriers charge $50 for their 5G home internet offerings and those prices include taxes, fees and a modem/router in the monthly cost. Neither have data caps and both offer discounts on monthly service if you also have certain wireless plans. T-Mobile lowers the price to $30 per month if you have its priciest Magenta Max plan. Verizon drops the pricing to $25 per month if you have its Play More, Do More or Get More wireless plans.

Compared to traditional broadband options, this could quickly add up to serious monthly savings even without the wireless bundle discounts.

Setting up either is also incredibly simple: Take the modem/router device out of the box, place it near a window and plug it in. No visits from a technician are required.

T-Mobile’s modems have screens on them so you can immediately see if the area where you placed your device has strong coverage without going into any apps. Verizon’s box is more minimalist and instead relies on an LED light. If it’s white, you’re good; if it’s red, you need to move it to a new location in your home.

Personally, I prefer T-Mobile’s functionality over Verizon’s form even if the former’s gray cylinder is a bit of an eyesore. The carrier also offers a black box version of its router/modem that has a screen but doesn’t appear to be any more stylish.

Both providers have been capable of allowing me and my roommates to stream 4K content, play games online on Xbox, conduct Zoom and FaceTime calls and otherwise live our lives normally.

So why switch back to a more traditional connection? Inconsistency.

While both providers have excellent service in my area, using either system left us with random intermittent periods of dropped internet. My first week with Verizon was excellent, but in week two speeds and latency became so erratic I had to switch away.

T-Mobile’s offering similarly shined more often than not, but it, too, would randomly go out while watching the Grizzlies-Warriors game on a Saturday night on YouTube TV or while trying to do work on Monday or Tuesday morning. A quick reset of the modem and my attached Eero got us back up and running, but the unreliability is a problem.

In fairness to both carriers, I understand my situation is a bit unique.

Verizon offers Fios in my area and because of that, 5G Home Internet isn’t officially available where I live. If you want internet from Verizon and have the option for Fios, it will quickly steer you there. Because its Ultra Wideband network has improved so dramatically, the company sent over a device for me to experience its network and its 5G Home Internet product, even though the service technically isn’t available in my exact location.

Interestingly enough, Verizon’s 5G network in my area for parts of the past few weeks has been considerably worse for both 5G Home Internet and traditional phone connections. It has since started to return to operating normally, with some speed tests from my iPhone 13 Pro Max on Friday showing download speeds over the 5G network near 400Mbps.

Verizon says it had a “backhaul issue” on the cell tower that was closest to my apartment that may have caused some of my second-week issues. A second cell tower near my building may have been blocked by construction that has gone up in the area, which could have compounded the problem.

The carrier says that the former issue has since been resolved.

T-Mobile’s 5G Home Internet device is in a similar boat. I signed up for the product back when I lived a few blocks away and it was available at that location. Even though I only moved around six blocks over since then, my new address technically isn’t listed as one for T-Mobile Home Internet.

I still pay for the modem and it still works and connects to T-Mobile’s faster midband 5G network. This could explain some of the issues I had with speed. After troubleshooting with the carrier, I did notice a solid uptick in performance with download speeds Friday regularly clocking in between 300-400Mbps. But it doesn’t fully explain why the modem completely clocked out at random intervals.

“Home Internet isn’t available to every single home today, and that’s intentional,” a T-Mobile spokeswoman said in a statement to CNET when contacted about these issues.

“To ensure a great experience for everyone, we allocate access to Home Internet on a sector-by-sector, home-by-home basis. And we only offer it in places where we can ensure there’s enough network capacity to deliver a great network performance to all our customers — wireless and broadband — both now and in the future with forecast increases in data usage.”

My new provider is a company called Honest Networks, a startup founded in 2018 that ironically provides broadband directly to buildings around the New York area using millimeter-wave, or higher-frequency wireless airwaves that are one option for 5G.

Honest similarly charges around $50 per month, but since it is using millimeter-wave and a dedicated network it touts gigabit-like upload and download speeds. This is a significant jump compared to the midband 5G networks that I experienced with Verizon and T-Mobile’s respective home broadband solutions.

Getting a hardwired gigabit connection from Verizon for Fios, for reference, would run me $90 per month, while Spectrum would charge me $80 monthly.

Other companies like Starry have similarly been using millimeter-wave to offer home internet alternatives in cities around the country. Unlike midband 5G, however, this version of 5G is much more limited in range and availability and companies like Honest and Starry need to actually install equipment on the specific buildings they are offering services to in order for the connections to be accessible.

My apartment building happens to be one that Honest supports, though setup and installation were similar to a traditional cable or fiber process. We arranged an appointment through the company’s website and had a technician come out for a couple of hours to connect us. Since the building is wired for the service, I don’t have a traditional modem and instead just plug my router into an Ethernet port in the wall.

While it took some time to get going, once operational the performance quickly dominated Verizon and T-Mobile’s options.

Download speeds over my aging Eero network were often similar to the 100-400Mbps I was seeing on Verizon and T-Mobile, but uploads were consistently over 300Mbps (I have been trying to install an update to my Eero that should fix “performance” and “stability” but, for some reason, it continually doesn’t take).

Most impressively, the latency measured on Speedtest.net and Fast.com consistently is under 5 milliseconds even over Wi-Fi. That’s a more responsive network than the one that even my Spectrum cable connection provided.

Since I have had a good experience following fresh installs of all three services I’m not going to get too far ahead of myself on Honest just yet. But that consistent, super-low latency even over Wi-Fi is certainly among the most encouraging metrics I’ve seen yet and has me bullish that maybe this flavor of 5G could truly beat out my traditional, wired cable options today.

How 5G Sparked a Battle Between Airlines and Wireless…