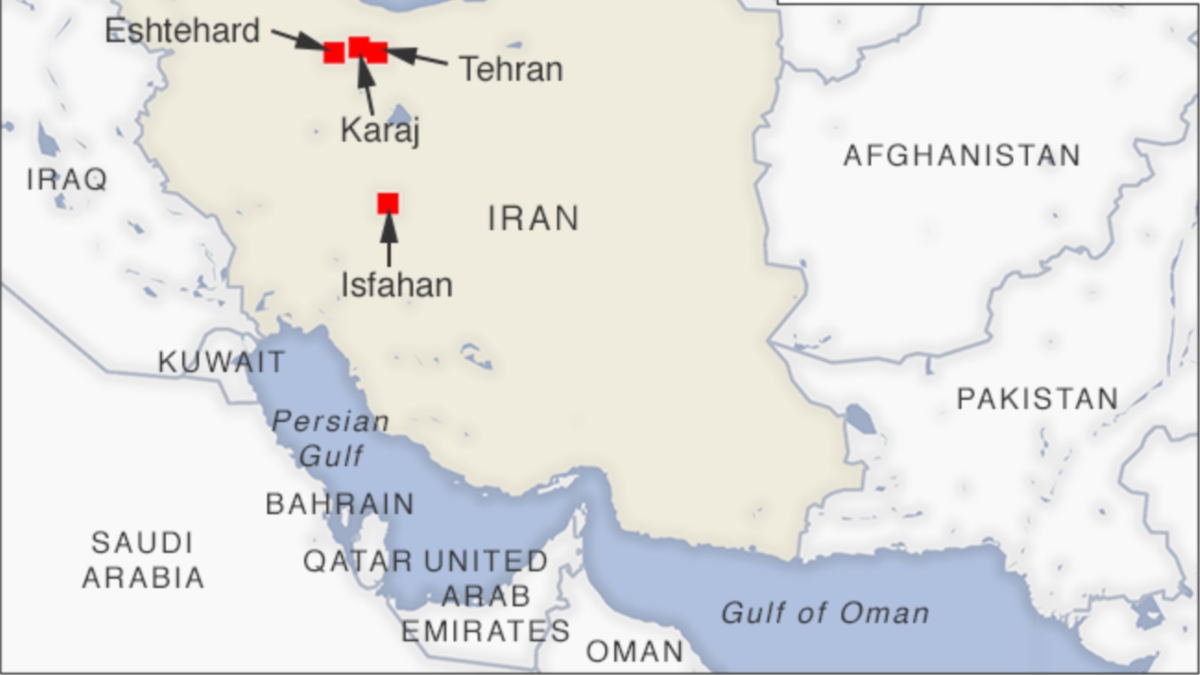 Scattered internet outages and slowdowns were reported across Iran Saturday, as the government cracked down on water protests in Isfahan this past week. Dozens of protesters in the Isfahan region reportedly were arrested by government security forces to clamp down on the protests, although smaller protests have been reported in other parts of the country.

Amateur video posted on social media showed protesters Saturday outside Iran’s third largest city of Isfahan, blocking roads to disrupt traffic into the region and preventing government security forces from continuing their clampdown on protests over a water shortage on the Zayandah Rud River. Dozens of protesters reportedly were arrested over the past 48 hours.

Iranian opposition groups reported that internet service was being disrupted across many parts of the country, making it difficult to gather information about protests Saturday, following a large turnout of protesters in Isfahan Thursday and Friday.

Iranian military commander Gen. Mohamed Reza Mir Haydari told government TV that protests Saturday were “limited in scope,” and that the security forces had the situation under control.

The BBC Persian service reported that two student protesters at Isfahan University were in serious condition following demonstrations Friday, while an opposition Iranian human rights group said three people had been killed by gunfire or tear gas canisters during the past 24 hours. VOA could not independently confirm the death toll.

Amateur video showed a young protester coughing after tear gas was fired in his direction during water protests in Isfahan Friday. Other video showed clouds of tear gas floating over the heads of protesters along a major Isfahan thoroughfare.

Mehrdad Khonsari, a former Iranian diplomat now based in London, tells VOA the government violence has silenced protesters in Isfahan, but that resistance continues in other places.

Khonsari goes on to say that “people in Iran have lost the optimism that existed when [former President Hassan Rouhani came to power amid] hopes for a nuclear deal and a better economic situation.” The level of pessimism, he argues, “has returned to that of the Ahmedinejad era, and the [current President Ebrahim] Raisi has no economic means to appease the people,” given the oil embargo reimposed on Iran by former U.S. president Trump.