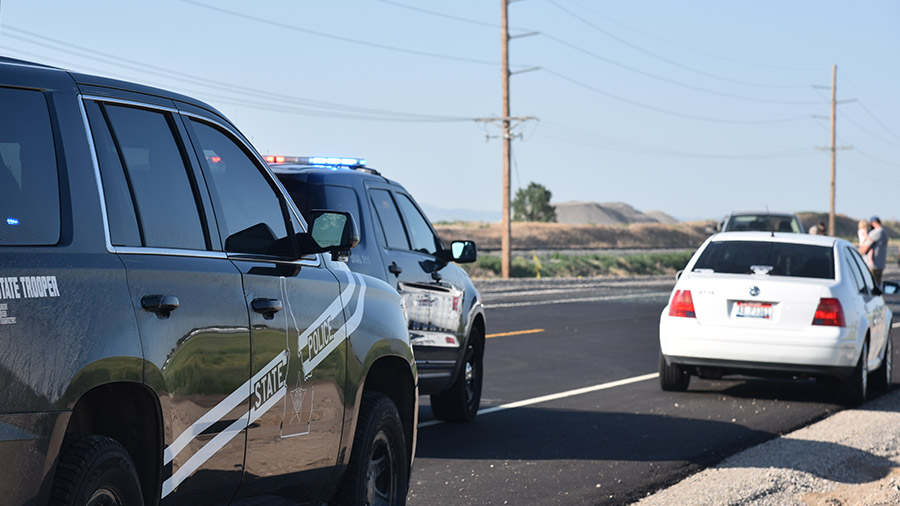 POCATELLO — Idaho State Police in Pocatello are hosting an open house Saturday to show potential troopers what the job entails.

Troopers will be at their office in Pocatello to walk prospective candidates through the hiring process and answer any questions. ISP will also have equipment used by troopers to show what it is like to work for the state’s law enforcement agency.

“If somebody is interested and wants to get a better idea of what it’s like to be a state trooper, then I’d invite them out,” says ISP District Five Lt. Michael Winans.

“We’re trying to bump up our recruiting numbers,” Winans says. “As we have openings, our numbers that apply for these jobs are going down.”

ISP is not alone when it comes to struggles in finding recruits to fill law enforcement jobs. The Associated Press reported last year the rate of retirement at some departments rose by 45% while hiring slowed by 5% across nearly 200 law enforcement agencies.

“The climate in law enforcement over the past few years has been pretty difficult,” Winans explains. “The media has portrayed law enforcement in a negative light, so that has certainly contributed to the number of people we are able to recruit. And it’s historically a difficult job and not everybody can do it.”

Idaho also finds itself as the fastest-growing state, according to a report in December from the Associated Press. U.S. Census Bureau estimates show between 2020 and 2021, Idaho’s population increased 3.4%, with about 61,000 people moving into the state. The growth is another reason for the need for more troopers.

While anyone interested in becoming a trooper is invited to Saturday’s open house, candidates for employment must meet strict requirements. Those with any felony conviction or misdemeanor conviction within the last five years are automatically disqualified from employment. Those who do not meet the ISP drug policy are also disqualified.

Applicants need to be a U.S. citizen and at least 21 years old. Candidates must also have graduated high school or have a GED, complete a background check, have a valid driver’s license and agree to the code of ethics and standards of conduct on the Peace Officer Standards and Training application.

The open house will be from 10 a.m. to 2 p.m. at the District Five Office at 5255 South 5th Avenue in Pocatello. Applications for new troopers will be open from Feb. 14 to Feb. 27 on the state’s website. You can find additional information here. 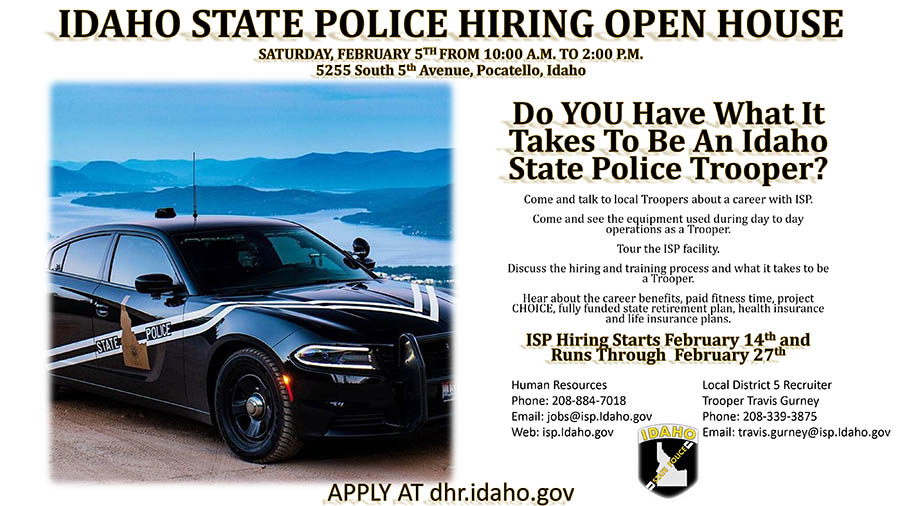