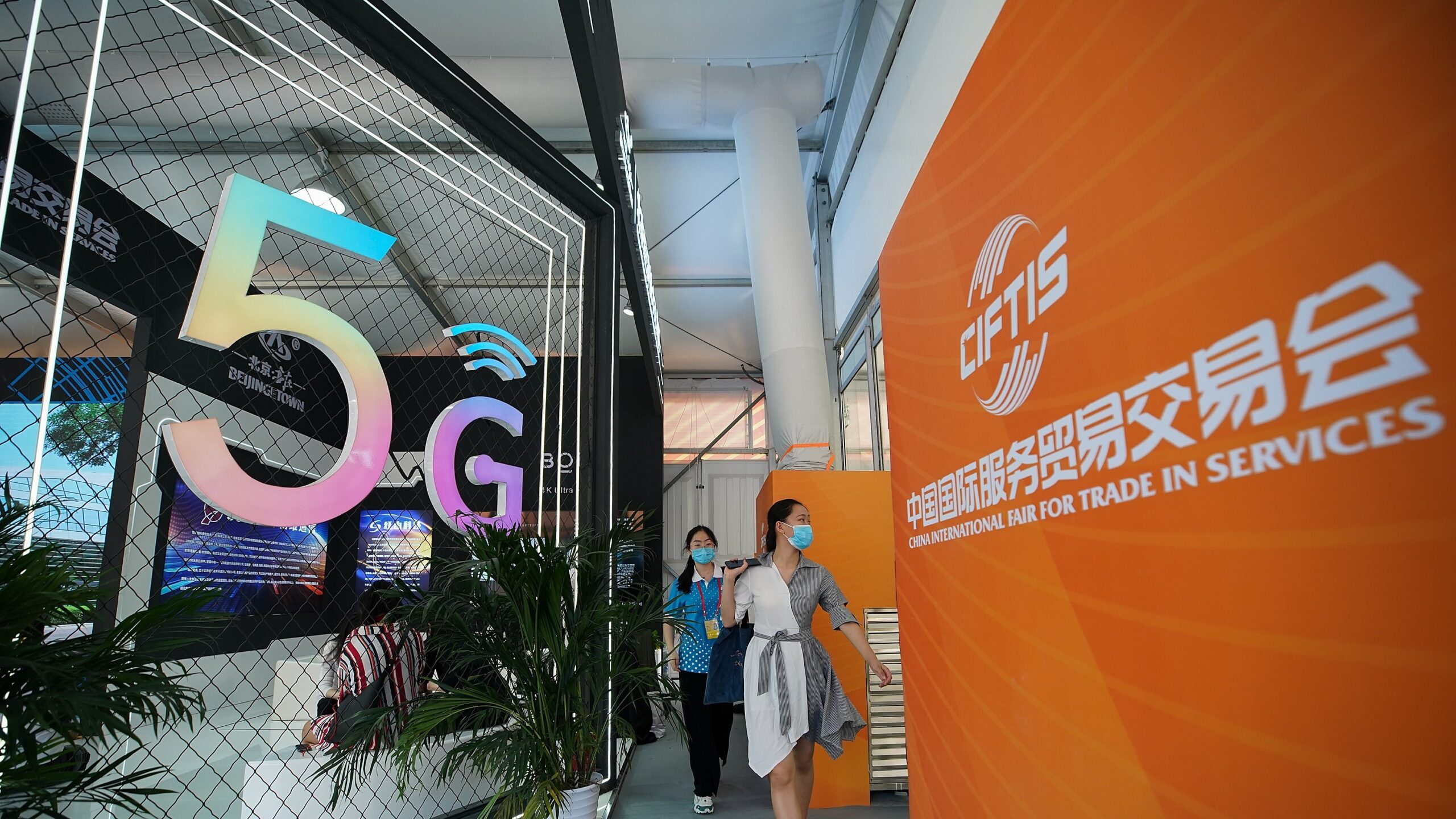 To counter Beijing’s investment in 5G, the US needs to think broadly. (Lintao Zhang/Getty Images)

In Washington the consensus is well set that China’s strategy for 5G has created a telecommunications nightmare for American interests. What is less clear is how to proceed. In the following op-ed, Lt. Col. Gabe Arrington suggests that the Biden administration needs to look up to space to provide a counter for China’s telecommunications plan.

Over the last five years, the security implications of China’s 5G proliferation have received a steady amount of attention. But there is a lesser-discussed, increasingly important side of technological competition between the US and China: Beijing’s growing involvement in the many other critical components and technologies that power the future of global telecommunications, from the depths of the oceans to outer space.

Advanced technologies that will ride on top of 5G networks — such as robotics, drones, autonomous vehicles, augmented reality/virtual reality (AR/VR) and video surveillance cameras — could prove vulnerable. But so too can backhaul, subsea cables, mobile applications, and mobile devices that all contribute to the global telecommunications network. China has increased state investment in these areas, with an eye on controlling the networks that data is transported on and, potentially, access that critical data.

China is approaching these with the same stance they have taken towards 5G — that domination is needed across the board. And unlike America, where the various communications technology sectors tend to run parallel but separate, China is seeking to intertwine everything, an important strategy that could give them a leg up on the US unless Washington can switch its thinking and take countering actions.

The good news: it’s not too late to take action, and in one crucial domain, the US still has dominance. As previously disassociated technologies begin to overlap, 5G applications through the space domain will be the connective tissue. Washington must prepare for this new frontier of technological competition by taking several steps to change the current thinking.

Washington should adapt a deliberate global mindset in addressing Chinese maritime and telecom practices that are outside of established global norms of behavior. Rather than approaching China’s challenge in a segmented approach by region or by industry, a holistic effort is needed — a global view across the government, in close cooperation with industry and teaming with nations across the globe. While countries are now moving to compete with China’s use of economic power — think the United States’ Build Back Better World, the European Union’s Global Gateway and the Quad’s technology initiatives — more must be done. Organizations such as the Import-Export Bank and the US Development Finance Corporation can be integrated into business opportunities to provide viable alternatives to China’s artificially low pricing in developing countries.  On the security side, the upcoming National Security Strategy and National Defense Strategy should avoid a stove-piped focus on defense and instead emphasize enhancing the competitive advantage of the free market society.

In establishing a global maritime strategy, the United States should expand investment in 5G and automation at ports to remain competitive, limit future supply chain disruptions, and capture the benefits of the trend of larger port utilization. This includes promoting and protecting innovation of the advanced technologies that will be enhanced by 5G networks, such as in the use of robotics, drones, and autonomous vehicles. These fields will have a transformational impact on productivity and the economy, while establishing innovative capabilities that can be a basis for US companies to have a lasting global impact.

In developing a global Information, Communications and Technology (ICT) strategy, the United States should support the growth of space-based broadband networks to prevent Chinese global information dominance. Broadband capabilities enabled by growing constellations of satellites in space is the next frontier of national investment and strategic focus. As a growing number of broadband providers, led by SpaceX and their Starlink constellation, increase the number of broadband and 5G capable satellites (including China) in space, more data will flow in, from, and through space.

Emerging satellite broadband networks can be an alternative route to market into developing countries with already established Chinese terrestrial infrastructure. By accessing data from space, America’s industry-leading companies can penetrate places naturally dominated by Chinese companies, particularly in Africa and Latin America. In doing so, the United States can promote democratic values, provide a strategic advantage to free-market companies, and limit the risk posed by China’s exclusive control of a nation’s communication networks. Access to credible and free flowing information will counter concerns over untrustworthy networks.

Every strength can also be a weakness. China’s “strength” of authoritarian control has given them an ability to manage globally according to an all-of-government and state-owned-industry strategy. However, this approach has diminished trust externally and has stifled innovation internally. The United States needs to enhance its global mindset to foster its strengths of its innate innovative spirit as well as the breadth of relationships across industry and with allies and partners to gain back momentum across the world’s transportation and communication networks.

This is the critical battleground for establishing the leadership in transformational capabilities that will impact the world’s future economic and security well-being. Securing this environment and the data that will flow over 5G space networks is imperative to US national security and democratic values.

Lt. Col. Gabe S. Arrington is a National Defense Fellow at the Center for a New American Security in Washington, DC and Seminar XXI Fellow at the Massachusetts Institute of Technology in Cambridge, MA.  Prior to his current assignment he was the Executive Officer to the Vice Chairman of the Joint Chiefs of Staff.

Disclaimer: The views expressed in this article are those of the author and do not necessarily reflect the official policy or position of the Air Force, the Department of Defense, or the US Government.