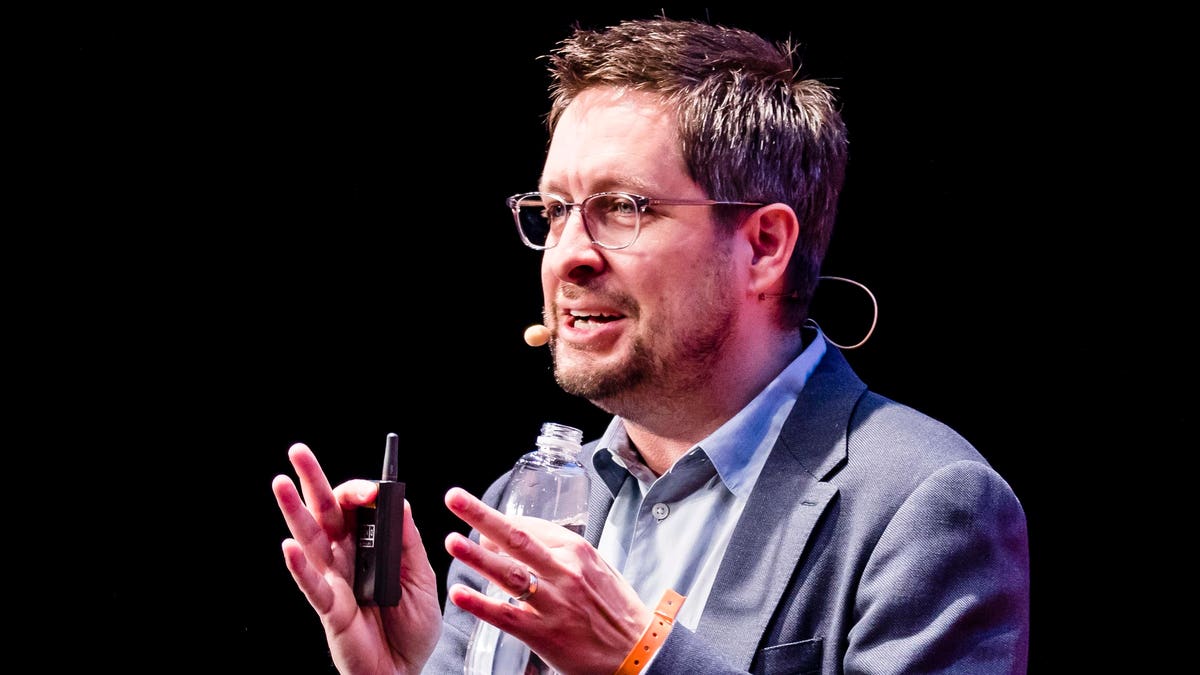 For many in the venture capital industry, Crunchbase is the mothership of free startup and VC data. The platform is flush with funding round information, inhouse reported startup stories, and diversity tracking metrics and trends. It’s also a tool to check valuations and funding totals without the paywalls that come with industry competitors including PitchBook and CB Insights. While that side of the company is the most known — and expected to drive 80 million visitors to Crunchbase next year — the platform has evolved into a multi-product business intelligence platform for private and public companies.

Crunchbase has been building and scaling a proprietary sales software — largely in the background — that uses its database to make it easier for B2B companies to find potential customers. The more companies find success with the software, the better it becomes at recommending leads. The concept came from CEO Jager McConnell who has been thinking it through for more than a decade, and had previously tried to build it while on sabbatical from Salesforce. Instead of building the database from scratch, Crunchbase offered the perfect launch point.

When he took the helm in 2015, he imagined it could become a Spotify or a LinkedIn for companies to connect and find each. “Spotify is in my mind a next-generation consumer software,” McConnell tells Forbes. “They put you into a bucket of users like you. I’m learning about other types of music that the group listens to and applying that to find great music. That doesn’t really happen in the enterprise world and it should.” Now his creation has tens of thousands of paying customers and is raking in double-digit millions of ARR, as originally reported in Midas Touch newsletter. A far cry from what the company looked like six years ago.

When McConnell took over as CEO in 2015, the platform felt forgotten. TechCrunch founder Michael Arrington launched the startup database in 2007 as part of  the tech news website as a way to track the companies it covered, but it wasn’t anyone’s main focus. “It was always a side project, the data was all community-driven, it was out of date,” McConnell says. Crunchbase spunout from TechCrunch and its latest owners, AOL/Verizon, and McConnell was all in. He joined with a year and a half of runway to hire a full team to build and start selling the software, funded by an $8.5 million Series A round led by Midas lister Santi Subotovsky of Emergence. So far, it’s paid off.

Crunchbase’s subscription software now counts more than 60,000 paying users that put the company on track to reach $38 million in ARR by the end of the year. The platform launched the latest version of the three-tiered prospecting software in July, which has driven 87% of the net new ARR creation. The company has also seen its data licensing business result in more than 6 billion API calls since inception. “If we built incredible prospecting software on top of the world’s best set of companies that matter, the companies that are growing, we can build a next- generation software business,” McConnell says. “And that’s the thesis today.” The company declined to share its current valuation and whether or not it is profitable.

While creating a sales prospecting software isn’t exactly reinventing the wheel, this offering is different, McConnell says, because of the depth of Crunchbase’s data. The platform doesn’t just list company information, it also tracks metrics that show which companies are growing and which aren’t through funding rounds — the platform’s bread and butter — but also employee counts and on the flip side, layoffs. “In our world, what is the right company that you should be selling to based on who you were successful selling to in the past,” McConnell says. “As we develop, we will do a better and better job of who is the right one for you as a company.”

Crunchbase pro customer Chat Metrics, a Melbourne Australia-based B2B chat software that helps companies convert customers using existing web traffic, experienced a 400% spike in the sales meetings since it started using the sales prospecting software. Chat Metrics CEO Terry Wilson tells Forbes that the software offers a combination of tools — including email templates, verified company contact information and an integration with Salesforce — that the startup would need to pay 10x the amount to use separately.

For Kyle Rasmussen, Chat Metrics’s head of revenue and the only sales rep at the company, Crunchbase is mission critical. “It probably saves a day or two a week of just figuring out who we should be reaching out to, you can do that in minutes,” he says. “Since we started using Crunchbase, even the meetings feel different because when people get on they’ve had this first impression that these guys have done their research.”

From here, McConnell says that Crunchbase will work to keep improving its underlying data and will add more features and filters to help its customers including allowing users to see a breakdown of what types of roles companies are hiring, as opposed to just the number of job postings, in addition to other creative ways to show company growth. Crunchbase looks to raise its Series D round next year — to add to its $56.6 million in funding thus far — and hopes to keep building momentum.  “Look, it’s working,” McConnell says. “We have built this machine and we are selling it. We are really honing in on the target user. We will probably have 80 million people use Crunchbase in the next year.”