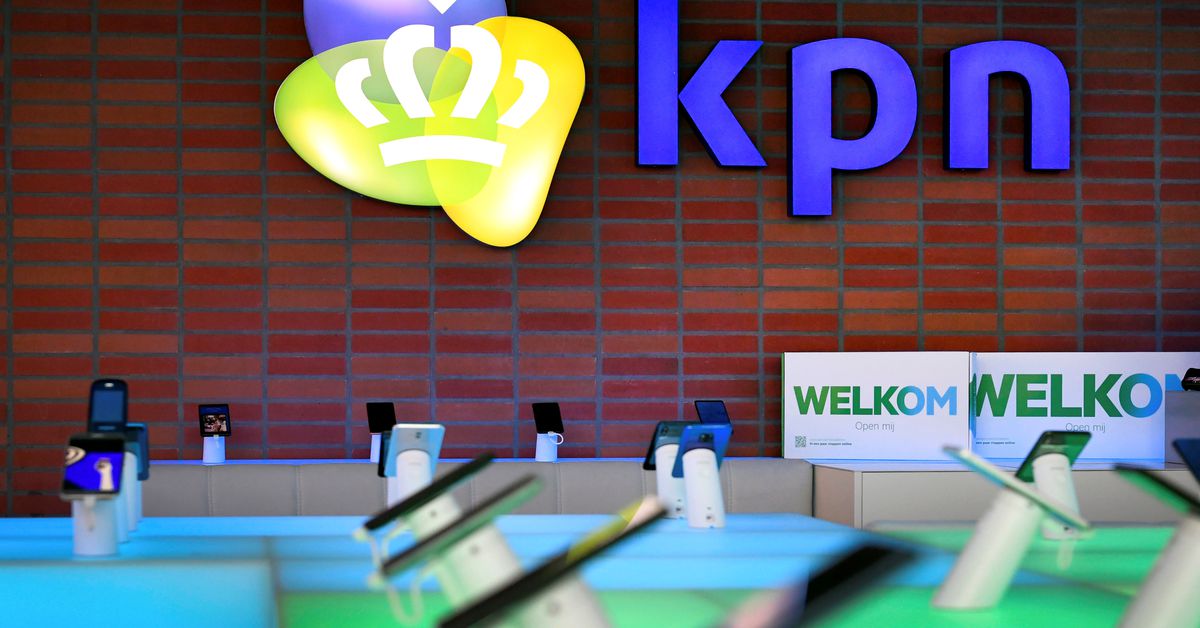 KPN logo is seen at its headquarters in Rotterdam, Netherlands, January 30, 2019.

Europe’s telecom industry has ridden a rollercoaster in the past 18 months. Stock market valuations have taken a beating as dividend-craving investors take fright at the massive spending needed to build fibre-optic and 5G mobile networks, with distant financial returns. Private equity buyers have spotted an opportunity. The result has been more than a dozen actual or attempted buyouts, culminating in KKR’s proposal to acquire Telecom Italia in November.

Buyers are eager to get their hands on telecom operators’ fixed-line broadband networks. When upgraded to speedier fibre-optic cable, such assets are highly prized. Franco-Israeli tycoon Patrick Drahi, whose 18% stake in BT (BT.L) makes him the 17 billion pound company’s biggest shareholder, sold Altice Portugal’s full-fibre network at a valuation of 20 times EBITDA in 2019.

By dint of history, former state monopolies have the most extensive networks. They also have depressed valuations. Even with a 30% premium to the current share price, a buyer could pick up Telefonica (TEF.MC) for 5 times EBITDA, including net debt. However, the total outlay of 63 billion euros makes Chief Executive José María Álvarez-Pallete’s outfit too big for even the largest private equity raiders, even if Madrid approved. Britain’s BT, which would cost 39 billion pounds on the same basis, is probably also too large for a straightforward buyout.

Meanwhile Deutsche Telekom (DTEGn.DE), France’s Orange (ORAN.PA) and Swisscom (SCMN.S) are off limits because they all have a large government shareholder. So too Belgium’s Proximus (PROX.BR), Sweden’s Telia (TELIA.ST) and Norway’s Telenor (TEL.OL).

That leaves KPN. An offer at a 30% premium would cost a manageable 21 billion euros, including debt. Furthermore, its broadband rollout is relatively advanced, with high-speed connections due to cover 55% of the Netherlands by 2023. The company led by CEO Joost Farwerck rebuffed approaches from KKR and a consortium led by EQT (EQTAB.ST) in May, and the government in The Hague could always intervene. But with Rome making positive initial noises about a Telecom Italia takeover, it would not be surprising if the barbarians bang on Dutch gates again.

(This is a Breakingviews prediction for 2022. To see more of our predictions, click here.)

– Dutch telecommunications group KPN on May 2 rejected an unsolicited bid by Swedish buyout firm EQT, together with fund Stonepeak Infrastructure Partners. It also said it had rejected an approach from KKR.

– KPN said the approach by the EQT-led consortium did not include an offer price. The Wall Street Journal said it was looking to pay 3 euros per share.

Reuters Breakingviews is the world’s leading source of agenda-setting financial insight. As the Reuters brand for financial commentary, we dissect the big business and economic stories as they break around the world every day. A global team of about 30 correspondents in New York, London, Hong Kong and other major cities provides expert analysis in real time.

Traveling
Me and My Travel