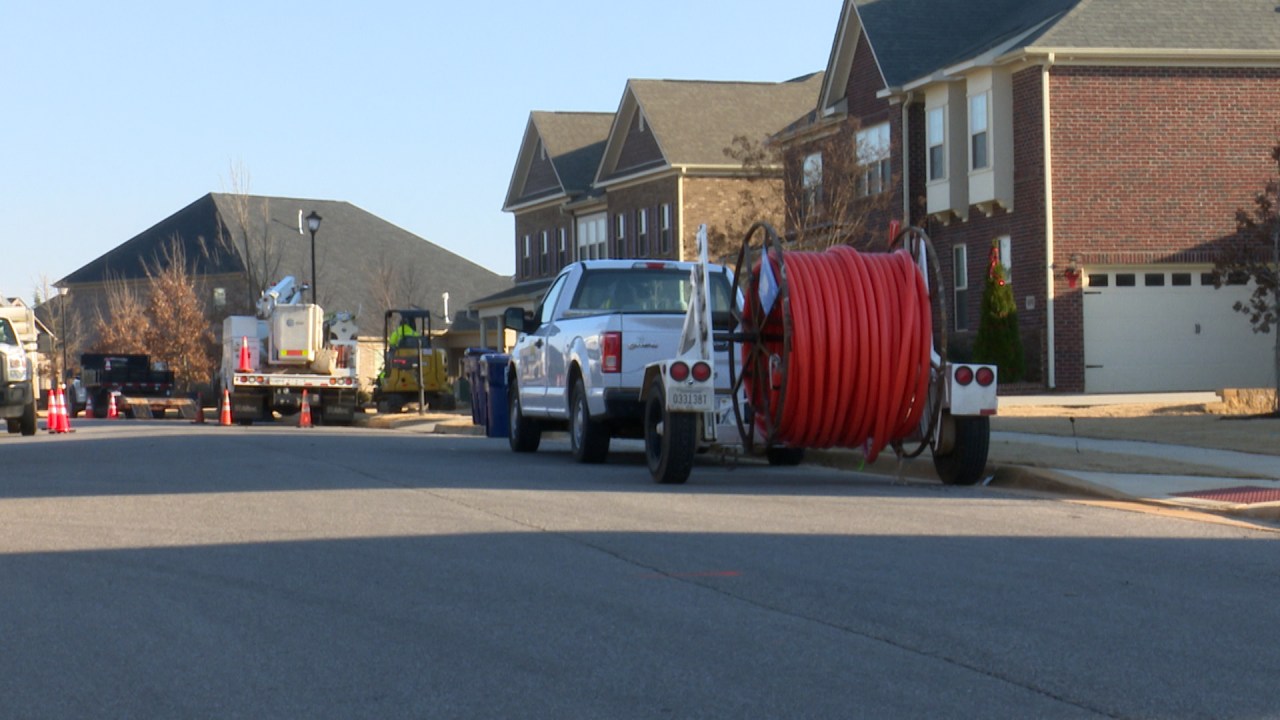 MADISON, Ala. (WHNT) – A Madison neighborhood is dealing with a major internet outage that they feel could have been avoided if two internet providers communicated with each other.

People who live in the Burgreen Farms neighborhood told News 19 a lack of communication between AT&T and Comcast/Xfinity is costing them. They told News 19 they are frustrated with trying to work from home and do online schooling all without internet.

“It’s been a struggle. I have a hotspot that has limited data and I’ve been having to make it work. It’s very hard during this time,” says Burgreen Farms Resident Paula Pearlman.

Currently, AT&T is the sole internet provider for more than 100 homes in the Burgreen Farms neighborhood.

“And now Comcast is trying to bring fiber optics to the neighborhood so we would choose them but I don’t think they are going to get any of our business from this because everyone is upset,” says Pearlman.

Pearlman says through talking with both AT&T and Comcast/Xfinity neighbors learned that current internet infrastructure lines were not marked before new ones were started. Pearlman added local utility companies did mark underground lines.

“We saw flags popping all over the yards and we didn’t know what they are for and suddenly we just see digging everywhere and that’s what keeps hitting our lines,” says Pearlman.

On Tuesday, Paula says crews working for Comcast/Xfinity cut multiple AT&T internet cables causing an outage for a chunk of the community.

“My company is out in North Carolina so it’s not like I can go anywhere to go to work. Today, I had my daughter at home so I couldn’t leave to go find wifi anywhere but everyone in the neighborhood has been complaining,” says Pearlman.

She feels that both companies, AT&T and Comcast/Xfinity are pointing blame at the other at the residents’ expense.

News 19 reached out to AT&T and Comcast/Xfinity for comment on this story.

“Today, Comcast contractors expanding the Comcast network in Madison, AL ran into service disruption issues due to utility locations being mismarked and unmarked. We are aware of the situation and making necessary repairs and communications to customers and HOAs. We apologize for the inconvenience. We know how vital broadband is which is why we are expanding our services to more neighborhoods. We also know that any service interruption is unwelcome.”

“We are working as quickly as possible to repair a fiber cut caused by a third-party that is affecting internet service for customers in the Burgreen Farms area of Madison.”

AT&T also said contractors are responsible for dialing 811 to have underground lines clearly marked before digging.