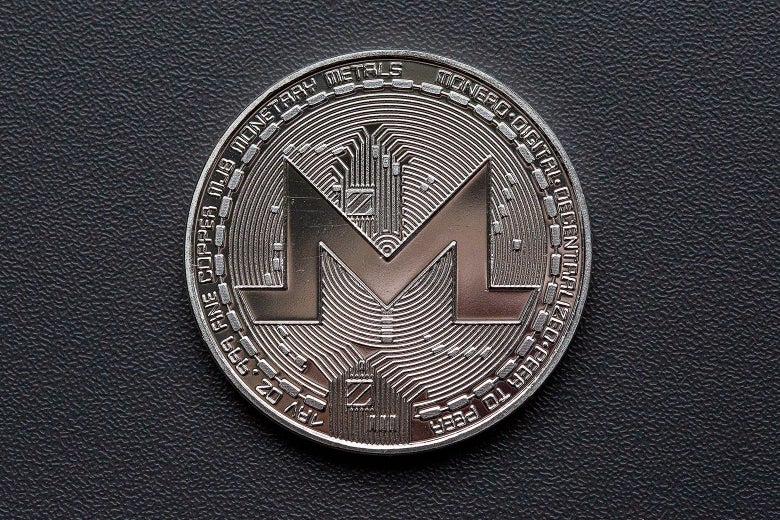 Do you remember that Florida teenager who managed to simultaneously hack the Twitter accounts of Kim Kardashian, Elon Musk, Uber, and Barack Obama in an attempted Bitcoin scam in 2020? Law enforcement officers analyzed the blockchain ledger of “anonymized” Bitcoin transactions and were able to locate the hacker, who ended up behind bars.

To most people, it might seem impossible to track transactions through Bitcoin—but that’s not really the case. The FBI’s recovery of Bitcoins paid during the Colonial Pipeline ransomware attack demonstrates that Bitcoin isn’t as untraceable as you might think. So users—particularly criminals and members of fringe far-right groups—hoping avoiding the regulatory eye have turned to a new kind of cryptocurrency: privacy coins.

To understand their increasing popularity, it is important to highlight how privacy coins operate differently from other types of cryptocurrencies like Bitcoin. Bitcoin uses a public ledger system that means transfers are publicly visible, especially if either the sending or receiving crypto wallet sends funds to an exchange site that requires “Know Your Customer” verification. The whole point of KYC, which is used across the financial industry, is to verify a customer’s identity to prevent illegal activities such as money laundering or funding terror activities. Major crypto exchanges like Coinbase use KYC verification to comply with anti-money laundering regulations, and Bitcoin address information from Coinbase was one tool authorities used to track down the perpetrators of the Twitter hack.

Privacy coins—the largest of which is called Monero—work to avoid identification and verification, by focusing on improved anonymity and security in payments. Monero, established via a split from the cryptocurrency Bytecoin in 2014, both obscures the digital addresses of those involved in a given payment and hides the value of every crypto transaction. So, it becomes much harder to identify users.

Monero accomplishes this through two key methods. First, it employs “stealth addresses.” Basically, while every Monero wallet has a public view and public send key, these wallet addresses aren’t used to send transactions themselves. Instead, with every transaction the ledger records a one-time stealth address generated using those public view and send keys. With these one-time addresses, only the sender and recipient are aware of who owns the sending wallet. Second, Monero and most other privacy coins rely on another strategy known as a ring signature. In essence, this is transaction mixing; instead of just one account sending a transaction, a “ring” of users signs the transaction and “send” it alongside the actual originator of the payment. Thus, it becomes extremely difficult to identify who the real sender is even if you were able to identify the owner of the one-time stealth addresses.

This level of anonymity has made Monero the coin of choice for ransomware groups, like the Russian-tied hacking group Revil—which was linked to the hacking of meatpacker JBS this summer. Jonathan and Diane Toebbe, the U.S. couple who allegedly tried to sell nuclear secrets to foreign countries, asked undercover officers to pay them in Monero due to worries that Bitcoin would be trackable.

White supremacists in the United States were also early adopters of the currency. Take the example of Robert Warren Ray—aka Azzmador. A neo-Nazi hailing from East Texas, Ray was a key writer and podcast host for the hate site the Daily Stormer. As part of his work there, Ray was a central figure in organizing the Charlottesville “Unite the Right” rally in 2017 that turned deadly when a right-wing extremist drove into a crowd of counter protesters. While on the run from a bench warrant for civil contempt of court in the fall of 2020, Ray has turned to web-based methods of fundraising to avoid raising the alarm of law enforcement. Megan Squire, a professor of Computer Science at Elon University, said that she knew of at least two Monero addresses Ray was using when I interviewed her in late July. However, given the anonymity of the Monero ledger, it is still rather difficult to track Ray’s actions and transactions on the platform—especially because each transaction sent on the platform is split into multiple anonymized transfers of differing values.

And Ray is not alone. One of his fellow alt-right activists—Christopher Cantwell—promoted the coin to fundraise ahead of the Unite the Right rally. He previously pleaded guilty to committing assault at the Charlottesville rally, and is one of the people named in the civil lawsuit regarding the Charlottesville rally playing out in court right now. The Daily Stormer has also started calling on its readers to support the publication  via transfers of Monero, not Bitcoin. Thomas Sewell, an Australian neo-Nazi, has raised funds in Monero for his legal defense against assault charges. The racist and homophobic French website (owned by American extremist David Johnson Jr.) Democratie Particpative—offensive enough to be banned by French courts in 2018—exclusively accepts Monero. The site advises its readers that it is “Against Jewish lies,” and then asks its readers to donate using the cryptocurrency in support. As Frontline and the Associated Press have reported, so too does the Nordic Resistance Movement, chapters of the Proud Boys, and more.

But it’s not just the groups themselves embracing privacy coins.

Privacy coins also allow nonactivists to hide their financial support for white nationalist and far-right causes. Michael Hayden, a senior investigative reporter at the Southern Poverty Law Center, explains that Monero allows for followers of Ray or other neo-Nazis to transfer them “money without ever having to put their name to the fact that they gave.” Hayden also notes that it could provide bad-faith actors from other countries like Russia with an anonymous method to funnel money to right-wing extremists. Simply put, Hayden believes that “this total obfuscation of money for any trade can really only benefit criminals,” because it “serves no other purpose.”

In particular, Monero is not a good investment. As Hayden put it, “Monero is not a good currency to own. It is extraordinarily volatile.” The value of Monero has ranged from a low of $109 to a high of $517.62 per coin over the past year, and it can experience significant shifts in value over the course of mere hours. Sure, all cryptos are relatively volatile, but over the past 80 days Monero has experienced much more volatility in price compared with more mainstream coins like Bitcoin. Just days after reaching its value peak in May, the coin cratered in value by hundreds of dollars. But even if you get past this, Hayden notes that the currency is hard to get, as the exchanges selling it are often niche and dodgy—you don’t just find Monero on Coinbase or many of the other major cryptocurrency exchanges.

So, its real appeal is to those who want to keep their transactions secret. Government organizations have certainly struggled to deal with the privacy coin. For instance, in September 2020 the IRS offered up to $625,000 for anyone who could crack Monero and track payments on the service. There is some room to believe that technologists will be able to better track payments in the future; Squire explained that “There are some new technologies coming out that … promised to try to fix this. But of course, they’re going to be super expensive and only available in law enforcement.” For example, blockchain analytics firm CipherTrace released a Monero tracing tool developed with Department of Homeland Security funding—which costs $16,000 per user for access. Moreover, many researchers have claimed the tool doesn’t actually work.

Unfortunately, the task of tracing will be made harder by the recent announcement of atomic swaps between Monero and Bitcoin that allow crypto holders to exchange the two coins without the need for a third-party exchange service—eliminating one of the easiest entry points in identifying Monero transactions. Nefarious cryptominers have also continued to go to elaborate lengths to mine it. At the beginning of September, this work included exploiting a vulnerability of Atlassian Confluence—a web-based corporate collaborative team workspace service—to run Monero mining operations on Atlassian servers.

Meanwhile, Monero isn’t the only privacy coin quickly establishing itself. Dero has grown wildly over this past year. The coin Verge, no relation to the tech news site, has been an accepted anonymous payment form on Pornhub since 2018. And yes, you can argue that there are legal and moral reasons to use a privacy coin. But these coins are running up against the same problem as encryption and other technologies to protect privacy: They can’t allow for dissidents, activists, and people from marginalized communities to stay safe without also sheltering criminals and purveyors of hate. And it’s those criminals and purveyors of hate that seem to be embracing this particular coin the most.

Home Service
We use cookies on our website to give you the most relevant experience by remembering your preferences and repeat visits. By clicking “Accept All”, you consent to the use of ALL the cookies. However, you may visit "Cookie Settings" to provide a controlled consent.
Cookie SettingsAccept All
Manage consent