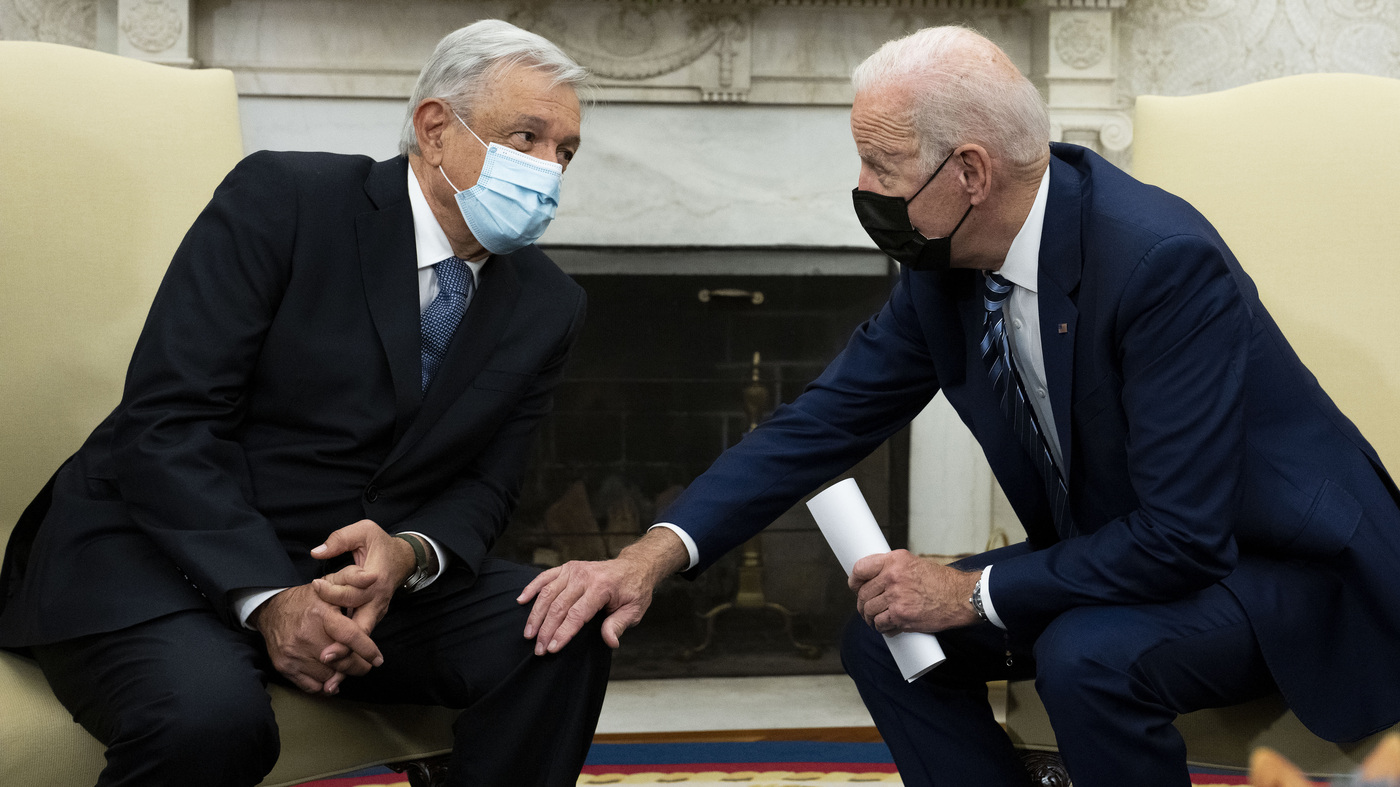 The Summit of the Americas — an event bringing together leaders of countries from Chile to Canada this week — was supposed to be a chance for the White House to demonstrate its leadership on big regional issues such as migration, climate change and recovering from the pandemic.

But the agenda has been overshadowed by who won’t be at the table. Several leaders, including Mexican President Andrés Manuel López Obrador, turned down the chance to meet with President Biden in Los Angeles.

The absences are drawing attention to the waning influence of the United States in the region and raising questions about U.S. commitment to Latin America.

As vice president, Biden visited the region more than 16 times, so there was a lot of optimism when he took office about a more collaborative relationship with the hemisphere. But after more than a year in office as president, Biden has devoted more time to pressing issues in Russia and China.

The summit comes as China has made bigger inroads into the region’s economy, pouring more than $138 billion into Latin America and the Caribbean since 2005, according to the Congressional Research Service.

Latin America has been crying out for economic relief following the pandemic and getting little help from the United States, while China sits in wait — with an open checkbook.

The United States needs to be more proactive to improve its standing in the region, and to make it attractive for Latin American leaders to engage, said Eric Farnsworth, a former State Department official now at the Council of the Americas.

“I’ve been saying this since at least last summer,” Farnsworth said. “You are heading for a train wreck unless you change course in some way and recognize that the hemisphere has shifted. But our policy in the region is simply status quo.”

Jake Sullivan, Biden’s national security adviser, said the administration’s strategy is about more than just pouring money into “extractive projects,” like China does.

“The United States has never seen its comparative advantage in the world as just leveraging the hugest number of state dollars — but rather leveraging all the tools available to us,” Sullivan told reporters traveling with Biden.

The Summit of the Americas looks to be a debacle, a diplomatic own goal. The US has no trade proposal, no immigration policy, & no infrastructure package. Instead, the focus is on who will & will not be there. Unclear is why we pressed for it to happen. https://t.co/d431ffbcnw

Biden will announce a new economic agenda, the start to further talks

Biden will open the summit on Wednesday with a speech proposing what the White House calls “America’s Partnership for Economic Prosperity.” The contours are vague. The details remain to be hammered out in talks over the next few months with leaders of countries that have existing trade agreements with the United States, senior administration officials told reporters.

One goal is to strengthen supply chains with “near-shoring” to “reduce overdependence and concentrations on certain countries,” an official said, speaking on condition of anonymity.

Another is to revamp the Inter-American Development Bank, although the reforms in question have not been specified. Sullivan said that Biden planned to announce a new commitment to IDB Invest, a private sector development finance arm of the bank.

Demonstrators calling for immigration reform gather outside the Los Angeles Convention Center, where the Summit of the Americas is being held.

Demonstrators calling for immigration reform gather outside the Los Angeles Convention Center, where the Summit of the Americas is being held.

Mexico wanted all countries to be invited, but Biden left some out

This week’s talks will happen without López Obrador — though he will meet privately with Biden in Washington in July. López Obrador had threatened to skip the summit if the United States did not invite the leaders of Cuba, Venezuela and Nicaragua. When the guest list was finally released this week — and the authoritarian leaders were left off — López Obrador made good on that threat.

“There can be no Summit of the Americas if all the countries of the American continent do not participate,” López Obrador said Monday. “Or there can be, but we believe that means continuing of old politics of interventionism, of a lack of respect of their communities.”

Assistant Secretary of State Brian Nichols said the administration considered inviting the leaders, but ultimately ruled it out.

“Looking at the current situation in Cuba, in particular with trials of civil society leaders and similar situations in Nicaragua and Venezuela, we felt that the most appropriate decision was to maintain our own commitment to democracy and human rights in our hemisphere,” Nichols said.

Assistant Secretary of State for Western Hemisphere Affairs Brian Nichols says the leaders who attend the summit will get work done for their citizens.

Assistant Secretary of State for Western Hemisphere Affairs Brian Nichols says the leaders who attend the summit will get work done for their citizens.

Migration is a big issue, but key leaders won’t be at the summit

On Friday, Biden and the leaders attending the meeting are expected to sign a declaration on migration. However, the leaders of the three nations that account for much of the migration — Guatemala, Honduras and El Salvador — are also skipping the summit.

“The leaders are not coming for each individual idiosyncratic reasons, none of which has to do with the migration issue,” said Sullivan, Biden’s national security adviser. He said the countries are sending delegations of senior officials, and said the work of the summit would not be affected by the leaders’ absences.

Also on the agenda: improving medical supply chains, addressing hunger and food shortages, and a climate and energy partnership with the Caribbean.

Biden will announce a new plan with partners in the region to recover from COVID-19 — and prepare for future pandemics. Working with the Pan American Health Organization (PAHO), the plan includes training for 500,000 public health and medical workers in the region over the next five years, a program they’re calling the Americas Health Corps.

“At the end of the day people will see that we have taken a large number of concrete measures that will make people’s lives better,” said Nichols, who oversees policy in the Western Hemisphere at the U.S. State Department.

Brazilian President Jair Bolsonaro, seen here in a file photo from April, will have his first meeting with President Biden.

Brazilian President Jair Bolsonaro, seen here in a file photo from April, will have his first meeting with President Biden.

Biden will have his first conversation with Brazil’s Bolsonaro

Biden is also set to meet with Brazilian President Jair Bolsonaro. It will be the first time he speaks with the controversial leader, who was a close ally of former President Donald Trump.

Lately, Bolsonaro has been making false claims about Brazil’s election system, similar to the false claims made by Trump about Biden’s election. Sullivan said Biden planned to speak with Bolsonaro about “open, free, fair, transparent, democratic elections,” and said no topics were off limits.

Jorge Guajardo, a former Mexican ambassador to China, says the insurrection at the U.S. Capitol on Jan. 6, 2021, highlighted the United States’ own problems with upholding democracy. Those problems — the focus of a high-profile prime-time Congressional hearing in Washington on Thursday night — haven’t gone unnoticed in the hemisphere.

Guajardo said Latin American leaders, like others around the world, simply don’t know whether — or how long — the United States will be able to maintain its democratic principles of the past.

“It gives countries pause to say, ‘Why should we follow your lead?’ if we don’t know if your successor will leave us out to hang in the future,” Guajardo said.