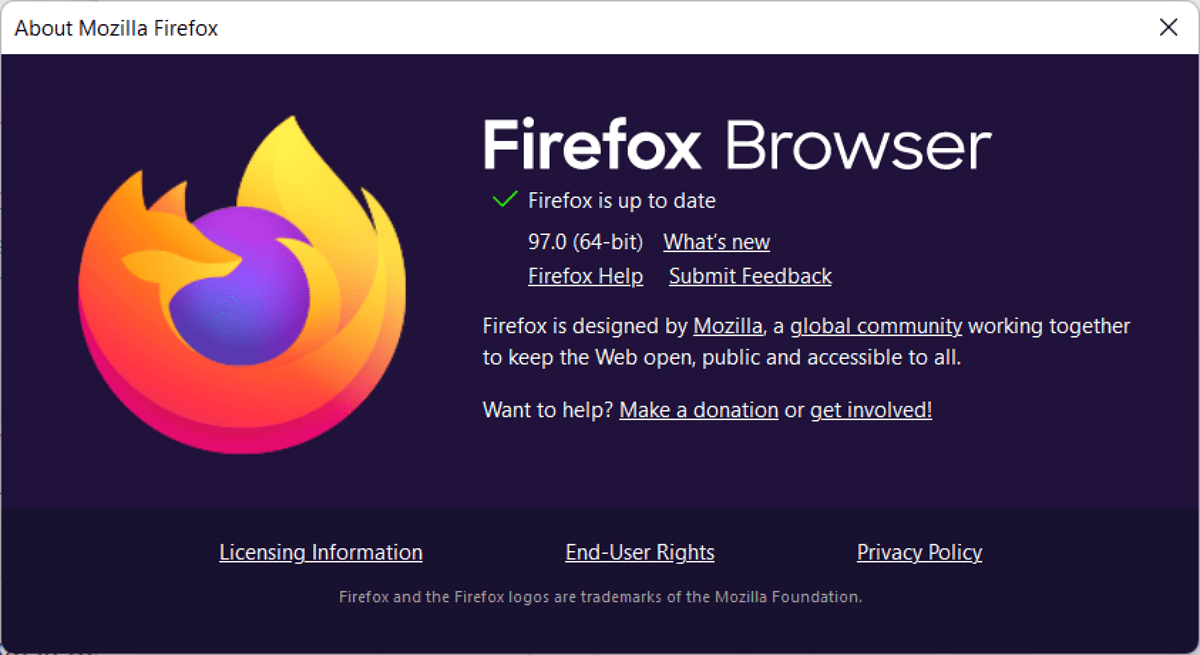 Firefox ESR, the Extended Support Release, and all development channels received updates as well on the release day. Firefox ESR 91.6, Firefox Beta and Dev 98, and Firefox Nightly 98 have all been updated.

Firefox 97.0 can be downloaded from the official Mozilla website. Users may also update using the built-in automatic updating functionality.

Select Menu > Help > About Firefox to display the version that is installed currently and run a check for updates..

Please note that the browser may not be available yet if you are reading this on February 8, 2022. It will become available later on that day.

Here are the links to the official download repositories.

Mozilla introduced support for colorway themes in Firefox 94. The browser displayed a “pick your palette” overlay on the first start of the browser, allowing users to select a seasonal color palette for the browser if they wanted to.

The themes that were introduced in Firefox 94 are set to expire automatically when Firefox 97 is installed on a device. An active colorway theme remains the active theme in Firefox for as long as the theme is not changed.

Firefox 97.0 introduces a new set of colorway themes for users to activate. These are found in the Themes section of the about:addons as usually.

Security updates are revealed after the official release of the web browser. You find the information published here after release.

Firefox 98.0 and Firefox ESR 91.7 will be released on March 8, 2022. The developer editions Firefox Beta 99, Firefox Developer 99, and Firefox Nightly 100 will also be released at the same time.

Mozilla Firefox 97.0: here is what is new

Mozilla Firefox 97.0: here is what is new