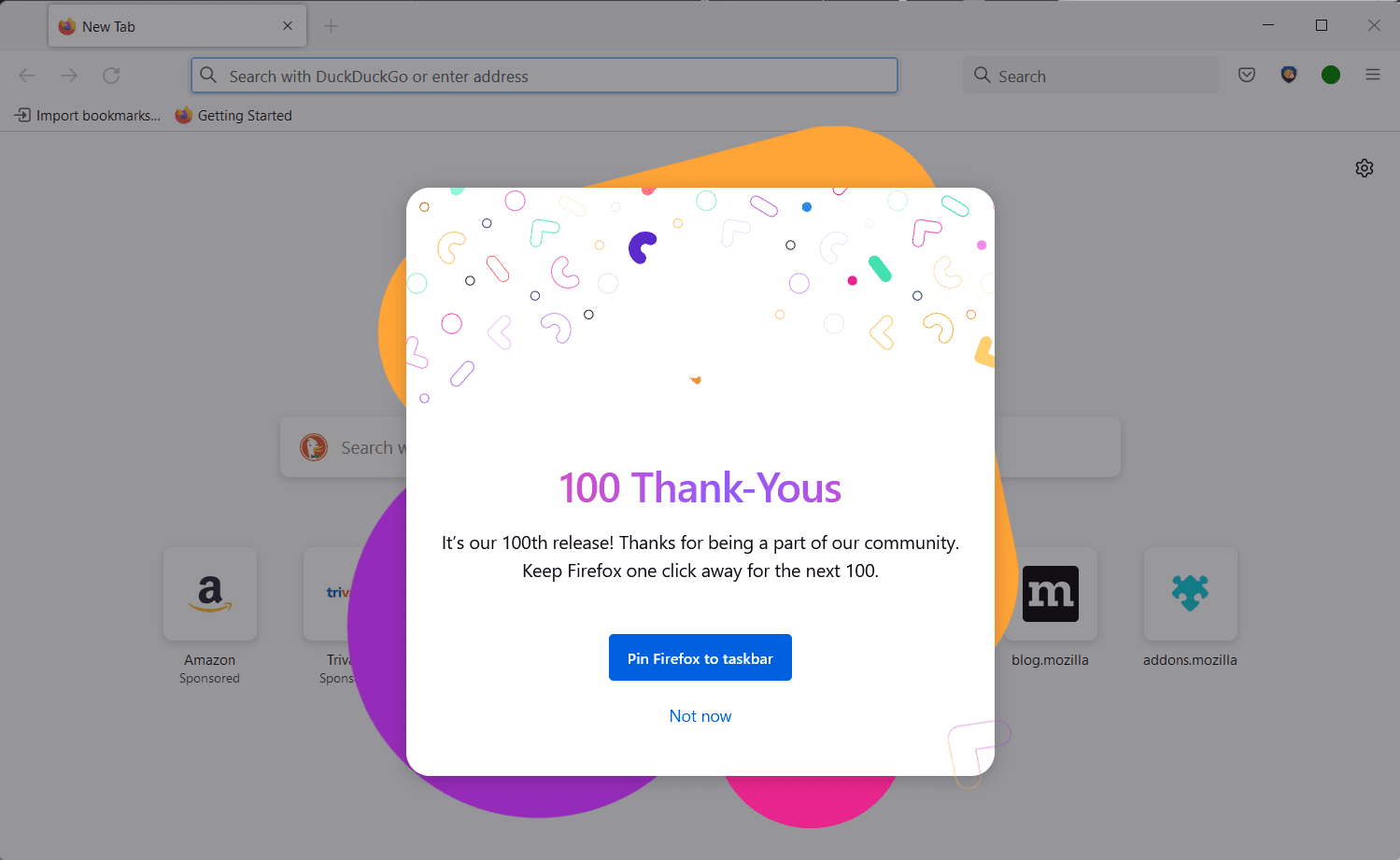 The first three-digit version of Mozilla’s Firefox web browser has been released on May 3, 2022. Firefox 100 introduces a whole range of new features and improvements, including captions and subtitle support on YouTube for Picture-in-Picture, multiple language spell checking, HDR video on Mac, and hardware accelerated AV1 video decoding on Windows.

Firefox 91.9.0 ESR and Firefox 100 for Android are also released. All development channels have seen a version bump as well. Firefox Beta and Developer editions 101, and Firefox Nightly 102 are now also available.

Firefox users may run a manual check for updates to speed up the installation of the new version:

Firefox displays the current version that is installed and runs a check for updates. Any update found will be downloaded and installed automatically.

Here are the links to the official download repositories.

Note: the feature was not enabled by default on a test Firefox installation. I had to set media.videocontrols.picture-in-picture.display-text-tracks.enabled to TRUE on about:config to enable the feature.

Firefox’s spell checking component is now multi-lingual. Users need to install additional dictionaries in the browser to use the feature. All it takes then is to right-click on the text field and select or deselect the additional languages under Languages.

Firefox users may now select the preferred color scheme for websites. The option is found under Website appearance on about:preferences.

Security updates are revealed after the official release of the web browser. You find the information published here after release.

Firefox 101 will be released on May 31, 2022 according to the release schedule. Expect at least one point release before Firefox 101.

Firefox for Android now has a toggle for HTTPS-Only mode

How to disable Firefox’s Captive Portal test connection on startup

Mozilla releases Firefox 100: here is what is new

The first three-digit version of Mozilla’s Firefox web browser has been released on May 3, 2022. Firefox 100 introduces a whole range of new features and improvements.

Mozilla releases Firefox 100: here is what is new