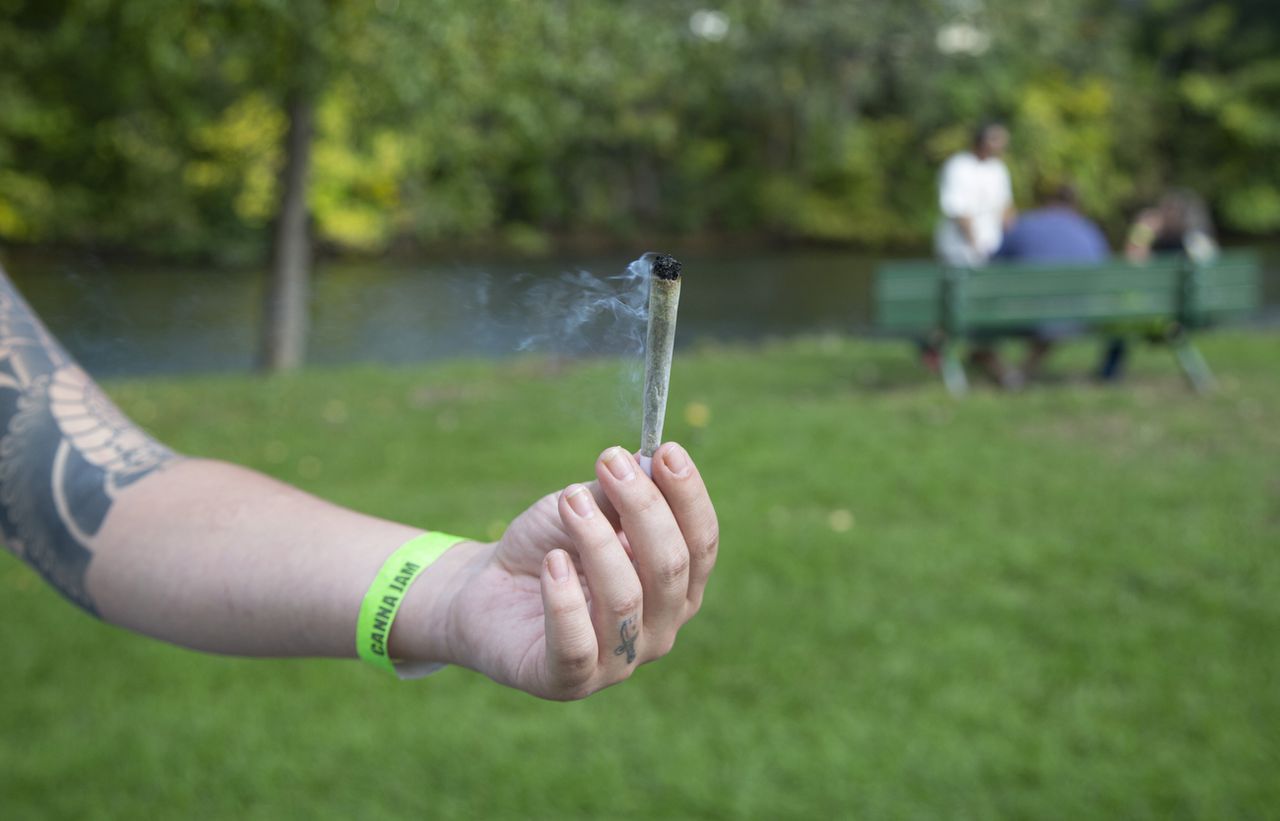 New Standard Park Place is hosting the Halloweed party on Saturday, Oct. 30. It will feature live music, food vendors and the opportunity to openly consume cannabis purchased from vendors.

If permitted, the Halloweed party will be the fifth temporary marijuana event allowed under state law and the first in West Michigan. The law normally prohibits consumption in public spaces.

Cannabis consumption parties can only be held in cities that have opted into allowing open marijuana events. Only several Michigan cities incorporated such events into recreational ordinances, including Muskegon and Lowell.

“It’s part and parcel of the growth of Muskegon as a progressive and forward-thinking city,” she said.

Muskegon welcomed the first recreational dispensary in West Michigan when Park Place opened in January 2020. There are now eight recreational shops in the city of Muskegon, according to the Department of Licensing and Regulatory Affairs.

City leaders are also currently considering a proposal to allow marijuana shops and events in the Lakeside Business District.

An individual or business with a $6,000 marijuana event organizer license from the Marijuana Regulatory Agency then needs to apply for an event permit 90 days in advance.

The Halloweed party will be split into two events in the New Standard Park Place parking lot, 1922 Park St.

An Afternoon Chillout featuring the band Westside Soul Surfers goes from 3-6 p.m. The Evening Fire Up with the band Desmond Jones runs from 8-11 p.m.

Ticket holders from either event can attend an interim party with music from DJ Prim and Biffy the Beat Slayer from 6-8 p.m. Tickets cost $25 for the afternoon, $42 for the evening or $60 for both events. VIP passes are available for $100.

Powers said the Halloweed party is a “low-key event” to introduce the concept of consumption events in Muskegon.

“As we move forward, I think this is going to become more the norm than it currently is,” she said.

Food and drinks from Fatty Lumpkins Sandwich Shack, Abeshi Ghanaian Cuisine and Lively Up Kombucha will be available from 3-9 p.m. The party also includes a tarot card reader, a henna artist, a “puff and paint” session and fire twirling from West Michigan Burnerz.

Cannabis consumption will not be visible from the street, organizers say.

Only people age 21 and up will be allowed to attend the Halloweed party. No alcohol will be served or allowed at the event.

First marijuana shop is ‘just the beginning’ for Muskegon Heights