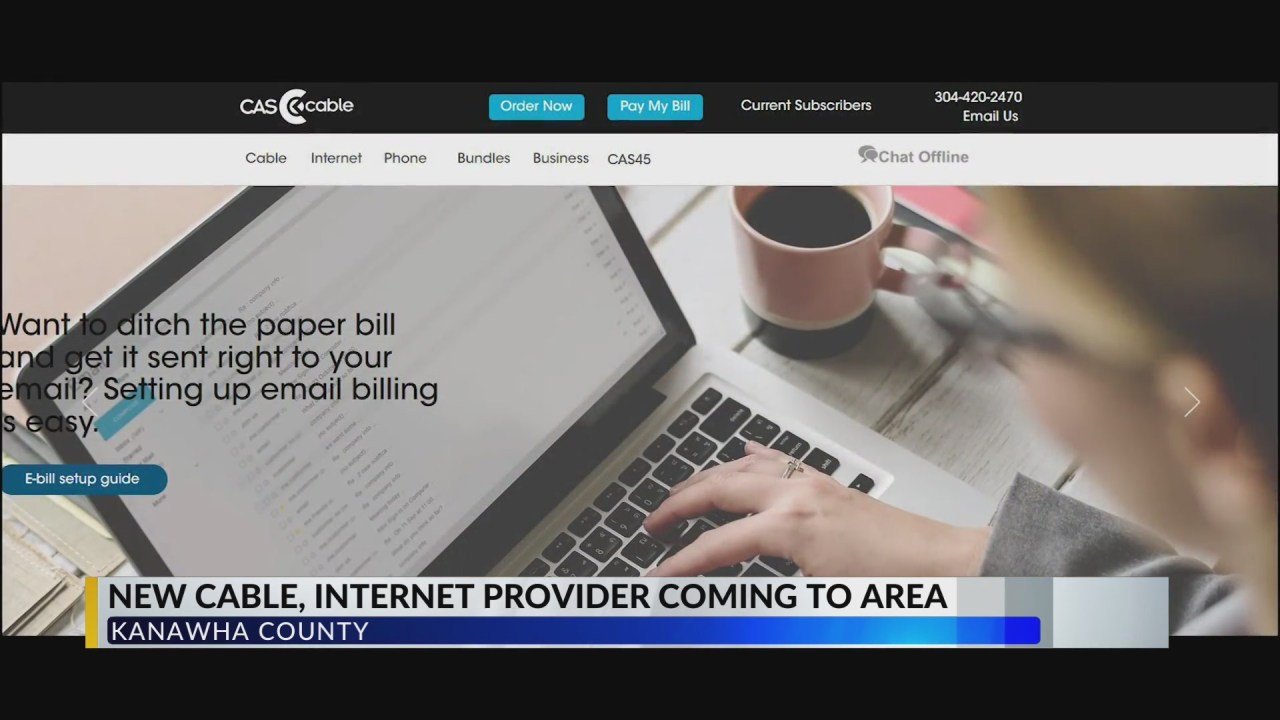 CHARLESTON, WV (WOWK) — An additional cable provider is in the process of coming to Charleston and the greater Kanawha Valley.

Some say this will give the area a much-needed additional option when it comes to internet providers.
Back in August, the West Virginia Public Service Commission held hearings on customer complaints regarding Suddenlink’s quality of service.

They wrote: “The commission has received thousands of complaints from SuddenLink customers about the unacceptable level of service provided by the company.”

These included calls not being returned, call centers in other countries, and service being dropped.

As the PSC works on issuing an order on the case, a new cable provider is making its way into the region.

They’re called CASCable and they started as a TV antenna company in Parkersburg, West Virginia.

“We’ve grown for the last 40 years; we’ve grown everywhere we can that’s reasonable for us in this footprint and since we were in Kenna looking to expand even more, it made sense for us to continue down the 21 toward Sissonville and Pocatalico,” said Wilkinson.

The company has applied for a franchise agreement in Charleston and in Kanawha County.

“If you believe competition is a good thing, I do, this oughtta be a good thing – now let’s face it, no one’s really excited about the current level of service from Suddenlink in West Virginia,” he said.

Wilkinson says more competition has led to improved service and has driven prices down among competitors in their area.

“Obviously we don’t have a lot of competitors in our market so that’s what we bring to the market is that competition, but we also provide a great service, we take care of our customers, we live and work in West Virginia so West Virginia is important to us and there are not many other broadband providers that can say that.”

Breaking news, weather, and sports on your smartphone with the WFXR News app

The City of Charleston will hold a vote on CASCable’s application in January.

The next public hearing for CASCable with the Kanawha County Commission will be on January 6th.