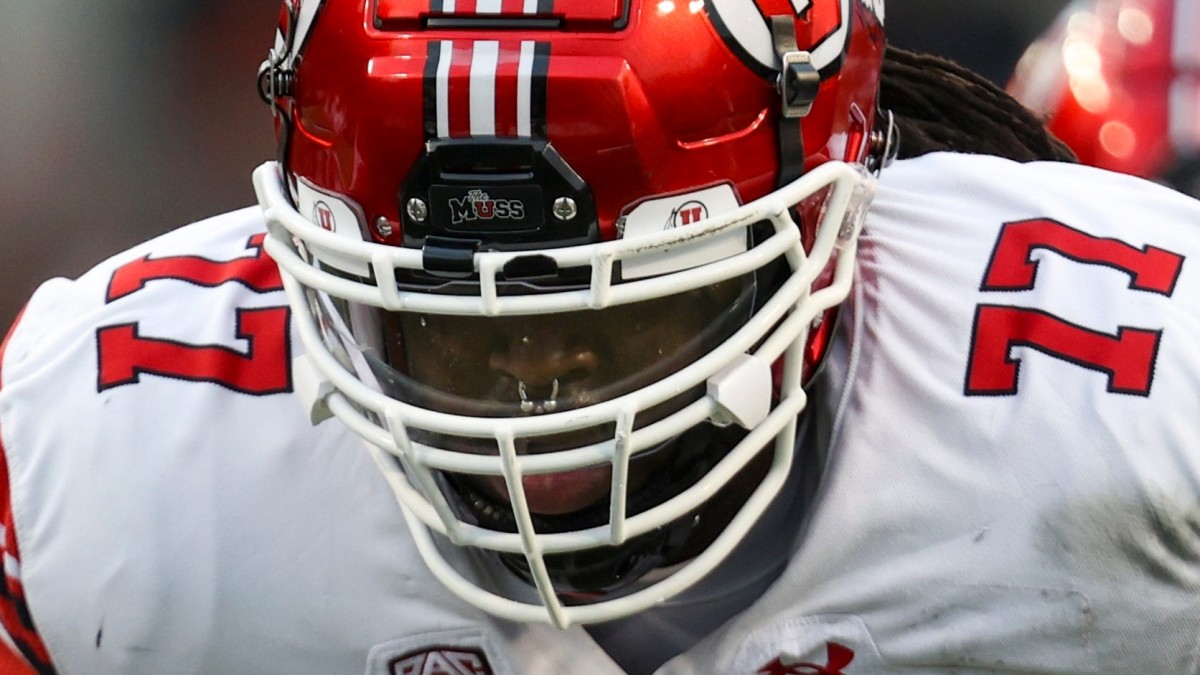 “Big Bam” is from London. He began playing football with the London Blitz in 2014.

Oladeni spent the 2017 and 2018 seasons at Garden City Community College before spending his last three seasons at Utah. He redshirted in 2019 but started at right tackle vs. Washington, then played on special teams in 2020. In 2021, he started 11 games at left tackle and was voted a second-team All-American by Sporting News.

According to Sports Info Solutions, he allowed two sacks and was penalized five times (three for holding). In the Utes’ zone-blocking scheme, Utah backs ran behind him 39 percent of the time – the highest rate among the tackles in the draft class. Utes backs gained 2.6 yards before contact, rankings 12th of 24 draft-worth tackles, according to SIS.

“He is a really good athlete for his size,” reads a snippet of his Draft Bible scouting report. “Olaseni has solid movement skills, especially when it comes to his feet. He is quick out of his stance, helping prevent speed rushers from winning the outside track against him. In pass protection, Olaseni flashes solid balance, and he uses his length to disrupt pass rushers. His play strength is good enough in combination with his unbelievably long arms to hold his own against power rushers. As a run blocker, Olaseni has excellent flashes.”

In February, he was named as one of 13 athletes to attend the NFL’s International Player Pathway program in Chandler, Arizona. There, he trained with former NFL offensive lineman LeCharles Bentley to help get him ready for the NFL.

Olaseni came to the United States in hopes of turning his massive, moldable body into an NFL player.

“That’s my purpose,” he told The Salt Lake Tribune. Soccer is the sport in England, of course, but Olasni would rather “hit people in the face and body-slam them to the ground.”

As the Tribune’s Gordon Monson wrote:

Such as, he was a skateboarder as a youngster, a pursuit that his sheer size eventually curtailed. Such as, his interest in fashion. It’s something he’s peeked ahead to, once his playing days are over he could see himself as a master clothes-and-shoe designer. Such as, the hip-finery of the jewelry he wears in the form of piercings in his nose and on his face. Such as, the flow of hair. He looks like a dude out of a dread clarifying shampoo commercial.

There’s a lot of stuff going on here, none of it more important to him than Vince Lombardi’s game.

Take it all in, the International Man has style, but he hits like an International-Harvester. He comes from a foreign land, has taken a delayed, different route to football, but loves the game as though he’d had an Orlando Pace poster on his wall as a kid.