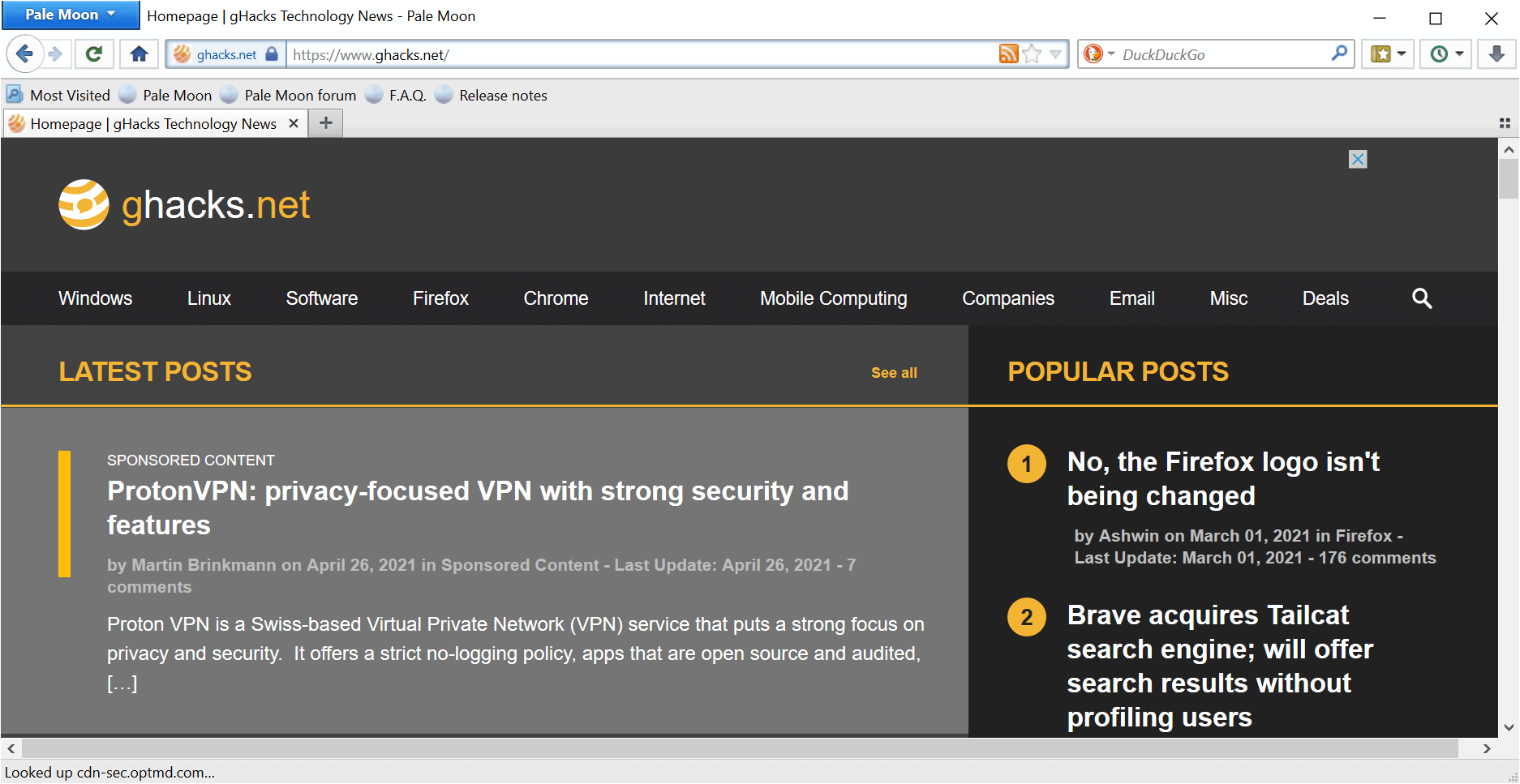 Pale Moon development will see a course direction in 2022 according to a new post by project owner Moonchild on the official Pale Moon forum. Pale Moon, an open source web browser that started as a fork of the Mozilla Firefox web browser, is based on the Goanna rendering engine and the Unified XUL Platform (UXP).

The decision was based on the results of a November 2021 survey, feedback and other considerations. The survey asked users of the browser to select what they wanted from the Pale Moon project. Options included matching Google Chrome 100%, being a Firefox clone but without the Telemetry and data gathering, a browser that supported classic Firefox extensions, or to focus on what Pale Moon always aimed for. The last two options received 39% and 34% of all votes in the survey.

Based on these findings, Moonchild announced plans to change the direction of development. The following changes are mentioned in the announcement:

With these two in place, the development team can focus on improving the web browser’s compatibility and tackle major compatibility issues. These changes will take time but should improve compatibility significantly.

With less pressure on us to mould and feed the extension ecosystem, we will continue our efforts to work on implementing the major blockers that have caused increasing web compatibility issues (primarily issues in JavaScript, Google frameworks, Google WebComponents, and a few persistent yet difficult to implement specs. We are aware that without further outside help, this will still take considerable time and web compatibility will remain less than desired/optimal while we work on improving the adherence to current trends in web “design” (mind the quotes).

Basilisk browser may be discontinued as a consequence, or it may be split off. The decision has not been made in this regard yet.

Now You: do you use Pale Moon? What is your take on the decision?

Pale Moon development will see a course direction in 2022 according to a new post by project owner Moonchild on the official Pale Moon forum.

To compete with China in 5G, America must solve its spectrum problem »