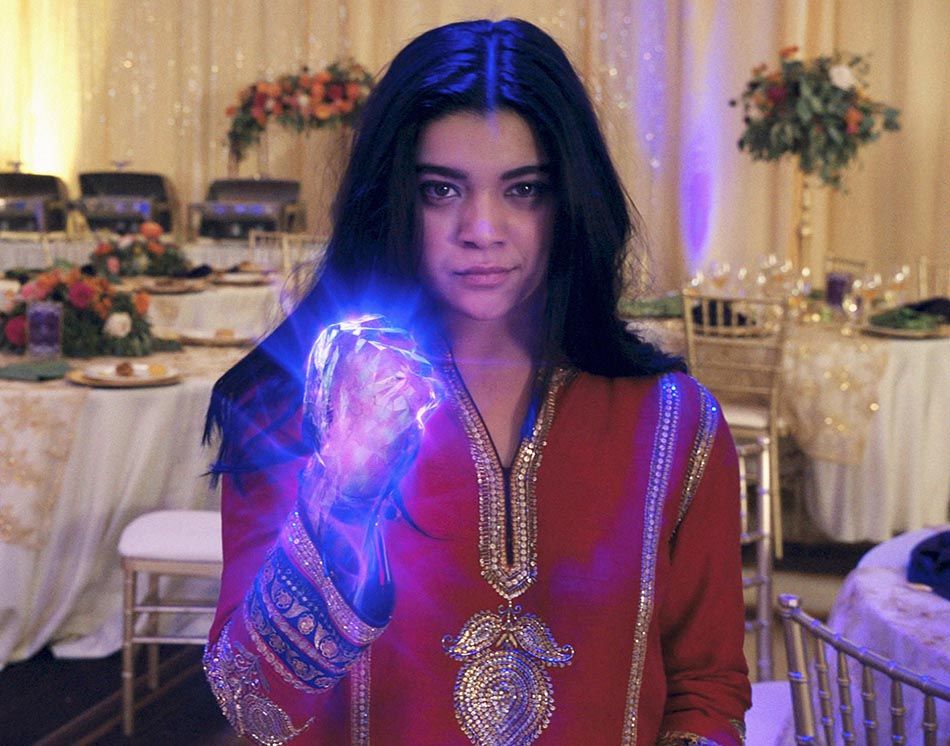 Disney Plus on June 8 will debut the Marvel original series Ms. Marvel, the latest in a string of women-led superhero series that have helped fuel the popular genre.

From WandaVision, another Marvel Studios-produced series on Disney Plus, to The CW’s Stargirl and new shows such as the animated Marvel’s Moon Girl and Devil Dinosaur, networks and streaming services are offering up supercharged versions of girl power on screen while welcoming diverse, female heroines who look to save the day in front of a wide demo of viewers.

“Though female superheroes are not new to pop culture, today’s audiences want to see portrayals that are more culturally complex and nuanced,” Sarah Unger, co-founder of the Cultique media consulting company and a former Viacom marketing executive, said.

Female superheroes have powered their way across TV screens for decades. In the 1970s, shows like Wonder Woman, The Bionic Woman and The Secrets of Isis showcased strong, attractive and charismatic female leads who saved humanity from their evil counterparts.

“When you go back to the history of television to female superheroes like Batgirl in the 1960s Batman series or Wonder Woman in the 1970s, the appealing thing for audiences was the sexiness of women saving the day,” TV industry analyst Marc Berman said.

Added Unger: “Past eras’ female superheroes were often filtered through the lens of masculine expectation and expression, often being overly gendered or portrayed primarily as love interests.”

More recently, TV shows like Netflix’s Jessica Jones and The CW’s Supergirl and Batwoman have looked to present more three-dimensional and diverse characters that have flaws but still kick butt when the time arises. Shows like Jessica Jones, which follows the complicated life of an ex-superhero-turned-private investigator, owe some of their success and acceptance to the overarching theme of female-driven comedy and dramas launched mostly on streaming services in the late 1990s and early 2000s, Unger said.

Heroines: The Next Generation

“As premium content has featured women-led storytelling models over the past decade, these models serve as precedent for content makers to interpret through the superhero lens,” Unger said. “The success of shows centered around the ‘messy woman’ archetype, as seen in examples like Fleabag, Trainwreck and Broad City, offered permission for content like Jessica Jones featuring complicated female superheroes to be made.”

WandaVision, a Disney Plus original series that began last year, opened up the floodgates for female superheroes and proved that a woman lead could garner both audience appeal and acceptance within the superhero universe. The series, based on the Wanda Maximoff character played by Elizabeth Olsen that appears in numerous Marvel Cinematic Universe films, was the first Marvel-themed series to debut on the streaming service.

The series was a big hit for Disney Plus, winning three 2021 Emmy Awards and getting 23 Emmy nominations. The WandaVision storyline and main character also played a major role in the success of the most recent Marvel-themed theatrical release, Doctor Strange in the Multiverse of Madness, which drew nearly $200 million in box-office revenue in its opening Mother’s Day weekend release (May 6-8).

Other shows — like The CW’s Naomi, created by Ava DuVernay and about a superhero-obsessed African-American teen who discovers she has superpowers of her own, or Disney Plus’s Ms. Marvel, about a Pakistani-American high school student who has to come to terms with her recently discovered powers — feature unique and diverse lead characters that up to now had been rare for the genre.

“Particularly now in the era that we live in, the appeal of diverse, female superheroes, whether straight or gay, black or white, is trendy and has appeal, particulary to younger audiences,” Berman said.

The increased diversity among lead heroines allowed writers to be creative in their portrayals rather than staying within a cookie-cutter ideal of how these characters should act and feel, Unger noted.

“When it comes to female superheroes, the more variety in portrayals of women the content ecosystem has, the less pressure for each individual portrayal to have an outsized role in representation for the genre, thus leading to more creative freedom for creators and talent alike,” she said.

DuVernay, speaking in January at the Television Critics Association Winter Press Tour, said that the ability to tell a more nuanced story about a young, Black female character that happens to have super powers was key for her in developing Naomi. The CW recently said the series would not be renewed for a second season as the network has been quicker to cancel shows as it awaits a potential sale.

“The superhero stuff to me is a cherry on the top knowing that the best superhero journeys are human stories,” she said. “Comics are really personal human stories about the journeys that we all take, written with issues of heroism and magic.”

More leading female superheroes will be hitting screens later this year. Disney Plus this summer will debut She-Hulk: Attorney at Law, based on the Marvel Comics character of the same name and starring Tatiana Maslany. Disney Channel will also give voice to Marvel’s comic-book heroine Lunella Lafayette in the animated series Marvel’s Moon Girl and Devil Dinosaur.

That series, which also launches this summer, centers around a brilliant 13-year-old prodigy and her 10-ton T-Rex, Devil Dinosaur, who work together to protect New York City.

Moon Girl executive producer and Emmy-winning actor Laurence Fishburne said the storyline of a smart, young African-American girl as a superhero provides an important character representation that has not been seen on television. He added that the production team is more than 50% female, which offers a unique voice and perspective to the project.

“We haven’t seen a hero like Lunella Lafayette before, and I think it’s time that we did,” Fishburne said at TCA. “This is perfect for our time and for what’s going on right now.”

As networks and streaming services continue to roll out superhero-themed series, Berman cautions that the genre in general could eventually reach a ceiling in terms of its appeal. Indeed, The CW last month canceled Batwoman after three seasons and DC’s Legends of Tomorrow after seven campaigns. In 2021, the network ended Supergirl after six seasons.

“Certainly, the genre brings out young audiences and resonates on social media, but how much of it can the market continue to absorb?” Berman asked.

At The CW’s upfront last month, chairman and CEO Mark Pedowitz gave the genre a vote of confidence. “We are still very much in the superhero business,” he told advertisers.

The continued diversification of characters and storylines could help distributors keep audiences engaged and tuned in, Unger added.

“As the superhero genre becomes increasingly saturated with pressure to pull in huge box office and viewership numbers in a competitive content landscape, studios recognize that the genre needs to innovate to keep broad audiences engaged — across genders and generations,” she said. ▪️