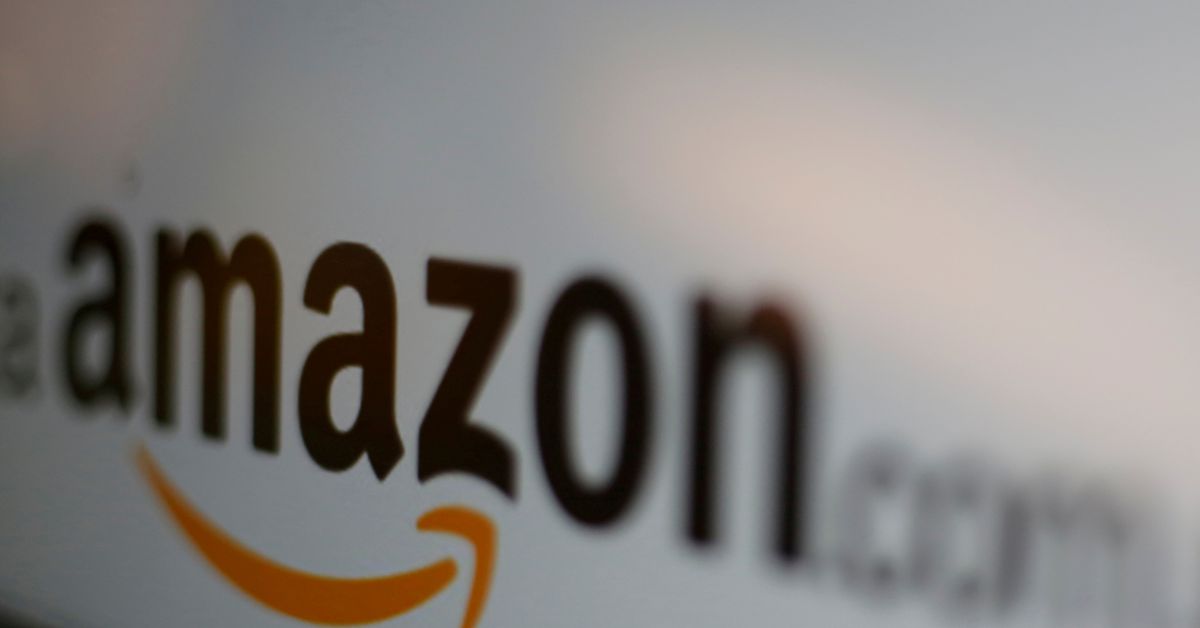 The logo of the web service Amazon is pictured in this June 8, 2017 illustration photo. REUTERS/Carlos Jasso/Illustration

The company and law firm names shown above are generated automatically based on the text of the article. We are improving this feature as we continue to test and develop in beta. We welcome feedback, which you can provide using the feedback tab on the right of the page.

(Reuters) – The U.S. Supreme Court on Monday asked for the U.S. government’s take on a case in which Amazon.com Inc and sites that use its hosting service including Patreon Inc, BuzzFeed Inc, and Vox Media Inc escaped a patent holding company’s infringement claims.

The court cited the Supreme Court’s 1907 ruling in Kessler v. Eldred, in which a patent owner that unsuccessfully sued a manufacturer for patent infringement was barred from then suing a customer for infringement based on the same product.

“The Court in Kessler recognized that even if a manufacturer of goods were to prevail in a patent infringement suit, the manufacturer could be deprived of the benefits of its victory if the patentee were free to sue the manufacturer’s customers,” the Federal Circuit said.

PersonalWeb said in its April petition for Supreme Court review that the high court hadn’t cited the century-old case that gave the doctrine its name in nearly 70 years, and that “absent guidance from Congress, courts should not create special procedural rules for patent cases.”

The high court on Monday didn’t give the U.S. Solicitor General a deadline to weigh in on the case.

Amazon declined to comment. PersonalWeb and its lead attorney Jeffrey Lamken of MoloLamken didn’t immediately respond to a request for comment, nor did Amazon’s lead attorney David Hadden of Fenwick & West.

PersonalWeb abandoned its earlier claims against Amazon and AWS user Dropbox in East Texas federal court in 2014, after the court’s interpretation of the patents favored Amazon.

It later sued dozens of other alleged infringers in other courts starting in 2018, including several lawsuits against AWS customers where Amazon intervened.

In its opinion last year, the Federal Circuit said some of the infringement claims were barred because they were raised in the earlier lawsuit, and claims brought after that action ended were barred by the Kessler doctrine, which allows “an adjudged non-infringer to avoid repeated harassment for continuing its business as usual.”

The appeals court said the doctrine “fills the gap” when infringement claims wouldn’t otherwise be precluded.

But Kessler “did not invent some broad new category of preclusion,” and ordinary preclusion rules should apply, PersonalWeb argued in its April petition.

Amazon urged the Supreme Court to deny review, arguing in its response to the cert petition that Congress “has never seen fit to overrule Kessler despite wholesale revisions of the Patent Act,” and the patent community “is untroubled by Kessler (as underscored by the lack of amici curiae supporting the petition other than one other professional patent assertion entity).”

For PersonalWeb: Jeffrey Lamken of MoloLamken; and Michael Sherman of Stubbs Alderton & Markiles

For Amazon and its customers: David Hadden of Fenwick & West; and Stephen Kinnaird of Paul Hastings