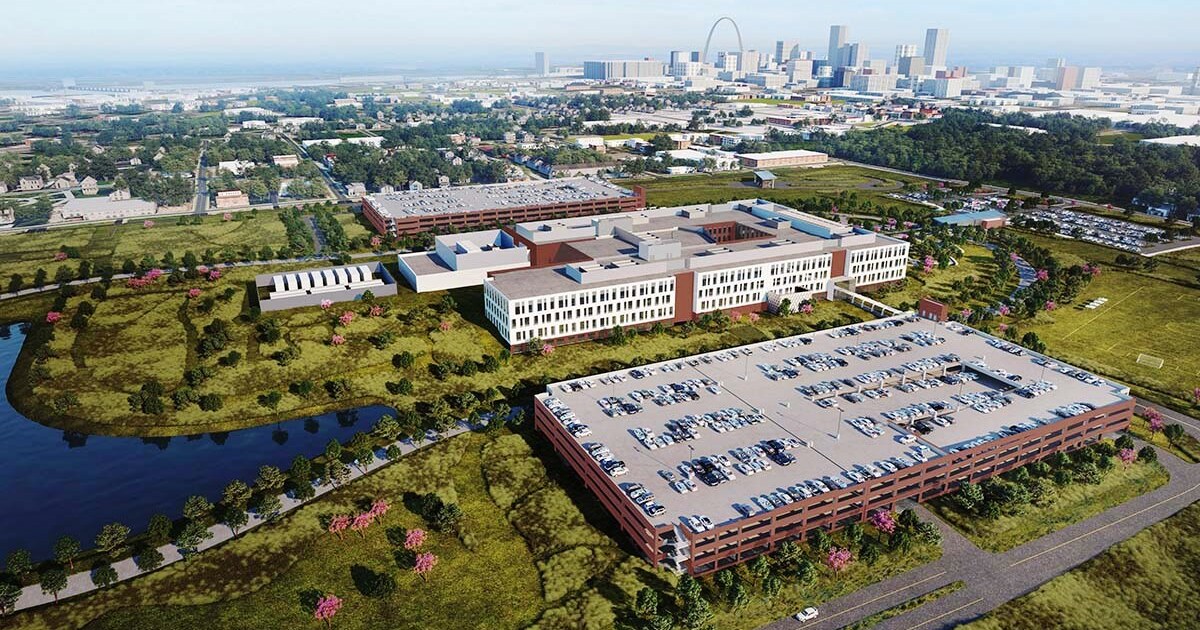 The biggest national gathering of geospatial industry experts kicks off Tuesday in St. Louis, putting a spotlight on the region’s emerging industry.

This is the first time St. Louis is hosting the GEOINT Symposium, short for geospatial intelligence, which is a key annual conference for those working in the national security sector for the National Geospatial-Intelligence Agency or for private-sector support organizations.

The event, put on by the U.S. Geospatial Intelligence Foundation, will feature panel discussions Wednesday through Friday at the America’s Center in downtown St. Louis. It will include talks from the NGA’s director, Vice Adm. Robert Sharp, and St. Louis Mayor Tishaura Jones and site tours of the NGA’s western headquarters, still under construction in north St. Louis.

“We are extremely excited. I mean, first proud that they have selected St. Louis for this event, but also saying: ‘Yeah, you should have it here. We are doubling down, tripling down on geospatial here,’” he said.

Dearing, who is also the president of Spatial STL Advisors, said events throughout the week will showcase the region’s innovation districts, such as Cortex in midtown and T-Rex in downtown, which house geospatial startups and academic institutions conducting geospatial research.

He said hosting the conference helps put St. Louis on the map as a thought leader in the sector.

He said the conference is in part a marketing opportunity to showcase the quality of life in St. Louis to business leaders from across the country.

“Attending a conference or coming here as a tourist is the leading edge of economic development, because if you don’t want to come and spend a few days in St. Louis, you’re not going to move a company here,” he said.

Zekita Armstrong Asuquo, chair and CEO of Gateway Global American Youth and Business Alliance, will speak on two panels about the community-led planning process for development of neighborhoods around the Next NGA West facility and about workforce development.

“It’s an untapped pool of talent, and they’re fully capable,” she said. “They just need access and information to be able to participate in this industry and to thrive.”

Her organization plans to build three educational buildings in north St. Louis neighborhoods near the new NGA facility, including Hyde Park and Old North. She said workforce development programs are key to developing the labor pool needed in the geospatial industry.

“If we really want to create a robust and diverse talent pipeline — and that means racially diverse, geographically diverse and gender diverse — we need to make sure we’re doing everything we can to skill young or middle-aged Americans so they can qualify for those roles,” she said.