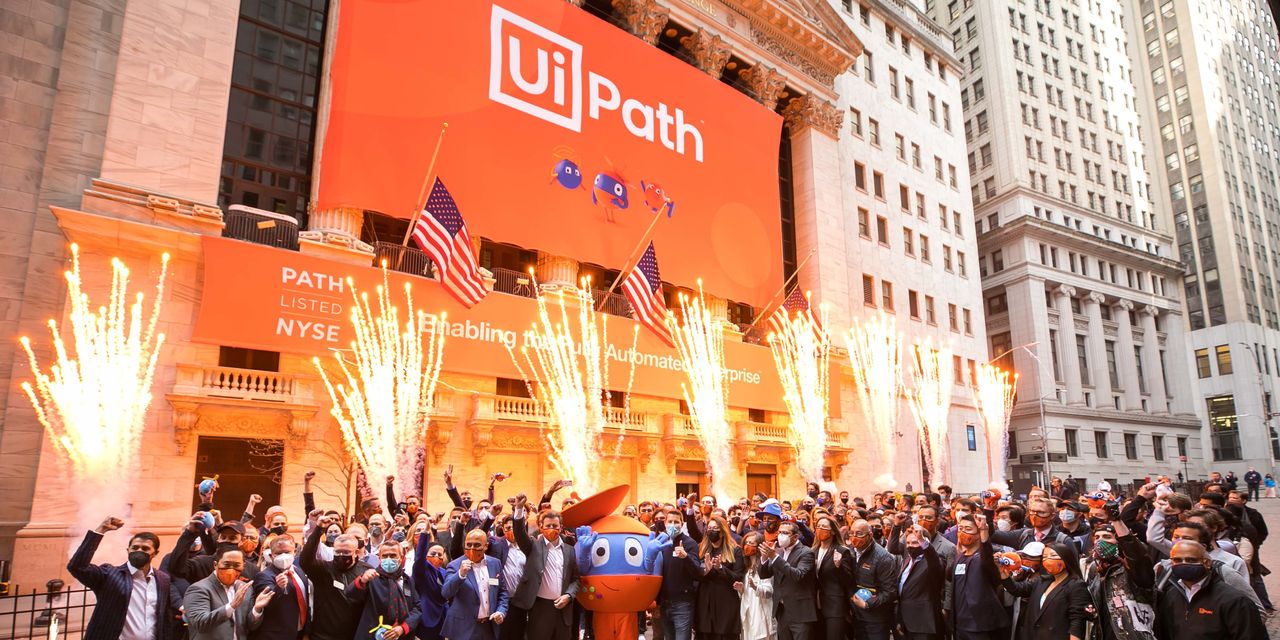 The recent stock rout is rattling the multitrillion-dollar market for startups after a long run of record investments, nosebleed valuations and rapid-fire deal-making.

Venture capitalists say a significant reset in investment behavior is beginning to take hold that is poised to reduce initial public offerings, leave some companies short of funding and crimp valuations.

Investors say several large startup backers are cutting back their investments, curtailing a flow that sprayed at full blast for most of the pandemic, particularly for older, more mature startups. And venture firms say they are advising their companies to prepare to conserve cash in a tougher funding environment.

Tiger Global Management, one of the most prolific startup investors of the last two years, in recent weeks has been renegotiating investments that had been under discussion for numerous companies, reducing the valuations, people familiar with the deals said. Venture capitalists say other investors are doing the same.

Dbt Labs Inc., a fast-expanding business-software company, recently scaled back its fundraising plans. It struck a deal with investors for a funding round that values the Philadelphia-based company around $4 billion, down from the more than $6 billion it initially negotiated, according to people familiar with the deal.

managing partner at Manhattan Venture Partners, a startup investor and adviser to venture-backed companies and their shareholders, said he watched prices for certain stock purchases of some private companies fall 10% in the past month.

“It’s harder to raise today than it was six months ago,” said

a longtime Silicon Valley tech professional and chief executive of data-automation startup Mozart Data Inc., which he founded during the pandemic. “It is a pop of irrational exuberance.”

“‘It’s harder to raise today than it was six months ago.’”

Companies that listed publicly last year were down an average 32.6% since their listings through Jan. 28, according to an analysis of IPOs, direct stock listings and special-purpose-acquisition-company listings by

a University of Florida professor who studies public listings data.

Even many of Silicon Valley’s prized startups, with established businesses and loyal customers, have fared poorly since recent debuts.

is down 40% from its December 2020 listing, and health insurance company

is down 81% from its market debut last March. Automation-software company

which went public in April, has seen its valuation fall by roughly half from its peak private-market level a year ago.

In comparison, the Nasdaq Composite Index through Monday is down about 12% from its 2021 peak in November, though still well above its level a year ago.

Such drops in newly listed tech stocks typically deter some startups from pursuing IPOs out of concerns that their valuations could suffer. Some venture capitalists said they are advising startups that had been planning public listings in the coming months to reconsider their timelines.

Investors and founders are hoping the recent tech-stock rout could reverse course, as has happened with other slumps in recent years. Even if it doesn’t, startup investors have amassed record sums for future investment: some $900 billion in unspent cash as of December across funds that invest in private companies.

But startups and their backers also are preparing for the prospect that conditions could get worse.

“If inflation persists beyond a rate hike or two, we will see a larger correction,” said

a partner at Founders Fund and early investor in DoorDash and

The startup market has been an increasingly powerful magnet for money over the past decade. Low interest rates were a major draw, as investors tend to hunt for returns in riskier assets like fast-growing startups when safer investments like bonds offer meager yields.

The boom accelerated during the Covid-19 pandemic. U.S. startups raised a record $329.6 billion last year, nearly double 2020’s amount and almost four times that for 2016, according to PitchBook Data Inc. During 2021, 340 U.S. startups—or almost one a day—raised money for the first time at valuations north of $1 billion, more than triple the prior year.

The median price-to-sales ratios for tech company IPOs, a key measure of valuation, surged to its highest mark since the dot-com boom of the late 1990s. Companies were valued at more than 15 times their revenue during 2021, compared with around five times for much of the 2010s, according to Mr. Ritter’s data.

Companies with little or no revenue received fanfare. Soon after listing publicly, three new electric-vehicle companies in the past year and a half were trading at valuations above

“People were just desperate to get into tech and would pay anything,” said

author of “The Power Law: Venture Capital and the Making of the New Future.” He said the public companies typically have more rational pricing that provides a guardrail for startup valuations, but that disappeared during the pandemic.

U.S. startups were worth a combined $4.5 trillion at the end of 2021, nearly double the pre-pandemic valuation, according to PitchBook data.

“‘People were just desperate to get into tech and would pay anything.’”


— Sebastian Mallaby, author of ‘The Power Law: Venture Capital and the Making of the New Future’

Startup investors raised new, bigger funds and did deals faster, spending less time on background checks. Top founders gained more control from their investors, sold more stock before listing and were granted giant pay packages as venture capitalists competed for the chance to give them cash.

“The game was to run as fast as you can,” said

a partner at venture firm Fusion Fund. “Founders and investors know this game and know it’s best to take advantage of these optimal conditions before the windows get tighter, as they always inevitably do.”

The recent market gyrations have prompted a sharp shift for some investors.

Through the boom, Tiger Global’s pace of investing surged as the firm bet on companies including financial-services provider Brex Inc. and chat startup Discord Inc. During the recent pullback, Tiger cut valuations by more than 20% for investments that were under discussion in two companies, a person familiar with the matter said. The news website the Information earlier reported Tiger’s move.

a partner at venture-capital giant Sequoia Capital, said the reset was expected at some point, even if the timing was surprising. “You don’t just sustain record low interest rates in perpetuity,” he said.

managing director of Silicon Valley Bank’s family office practice, said that since the rout in tech stocks, more family offices are passing on startup investment opportunities that they previously would have jumped at.

Home Service
We use cookies on our website to give you the most relevant experience by remembering your preferences and repeat visits. By clicking “Accept All”, you consent to the use of ALL the cookies. However, you may visit "Cookie Settings" to provide a controlled consent.
Cookie SettingsAccept All
Manage consent