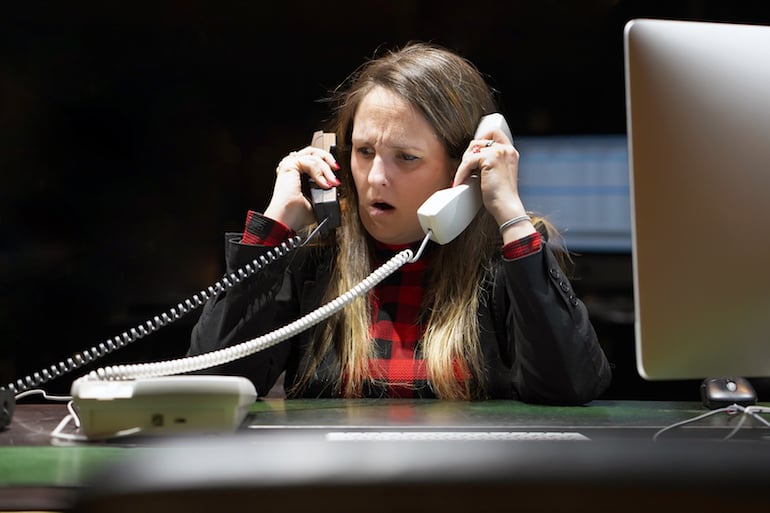 Phone and Internet-related complaints declined 6.1% during the 2020-21 financial year, according to the Telecommunications Industry Ombudsman (TIO)’s newly released annual report, which documented 119,400 complaints about a broad range of issues.

Internet problems were the most frequently complained-about issue, comprising 33.4% of complaints from residential consumers and small businesses – who particularly reported issues contacting telcos, and telcos failing to cancel a service when requested.

Significantly, there were fewer complaints about intermittent service and slow data speeds – likely reflecting the positive impact of telcos’ network investments and ACCC-authorised collusion to keep up with surging pandemic-era demand in the last year.

Mobile services also accounted for around 33% of complaints – down 1.5% from the previous year – as customers complained about poor coverage and reported that they couldn’t contact telcos, change their contracts or plans, or cancel services.

In an encouraging sign for the industry, the TIO noted a reduction in issues like telcos not delivering on their agreements, losing phone numbers, misleading conduct when establishing a contract, and delays in establishing a mobile service.

Fixed-line customers were also complaining less, with landline complaints dropping by 18.3% but fault and connection problems dominating – with 47.1% of all complaints.

Despite the overall improvements, Telecommunications Industry Ombudsman Judi Jones said there was still room for improvement, with an increase in the number of complaints that were returned to the TIO because they weren’t resolved by telcos – creating “frustration for consumers wanting to have their phone or Internet problems addressed quickly.”

The problem was particularly pointed for small businesses, which lodged 19,689 (16.5%) of all complaints – the highest level in three years – in what Jones called a “concerning” trend.

That included 3,946 complaints about Internet services – 20% of small-business complaints – which was the highest proportion and volume of Internet complaints for small businesses in the past few years.

Complaints that telcos had taken no or delayed action increased by 28.2% over the previous year, while the number of small businesses reporting that a telco was uncontactable increased by 181 per cent – likely reflecting the staffing challenges suffered by Telstra and other firms that had previously relied heavily on contact-centre offshoring.

Small business complaints about business loss due to telecommunications issues were up by 13.3% over the previous year – highlighting what Jones called an industry need for an “effective complaints process”.

“Small businesses need reliable phone and Internet services,” she said, “and useful support when those services aren’t working as they should.”

Promising to do better

Southern Phone Company, Aussie Broadband, Boost Tel and Foxtel saw complaints increase – but Telstra dominated the statistics, accounting for 62.1% of all complaints, up significantly from 52.4% in the previous year.

“What kind of wake-up call does the sector need to meet even the most basic levels of service Australians are calling for?” he asked.

“Major telcos like Telstra should be leading the charge for better service, not be culpable for an 11.3% rise in their own staggering level of complaints.”

By facilitating customer contact across “the channel of their choice” and better personalising services and offers for its customers, CEO Andy Penn told the company’s recent Investor Day that the company is aiming for a point “where for over 90% of customer service requirements, they only need to engage with us once and it’s done.”

The two-year-old Telstra Plus loyalty program had boosted net provider score (NPS) metrics by 18 points amongst its 3.5m members, which the company hopes to grow to 6m by 2025 as it leans heavily on AI and analytics to improve its proactivity and personalisation.

“I know that we do not always get it right,” said Penn, “so we need to take customer experience to a whole new level.”

Contractor
We use cookies on our website to give you the most relevant experience by remembering your preferences and repeat visits. By clicking “Accept All”, you consent to the use of ALL the cookies. However, you may visit "Cookie Settings" to provide a controlled consent.
Cookie SettingsAccept All
Manage consent