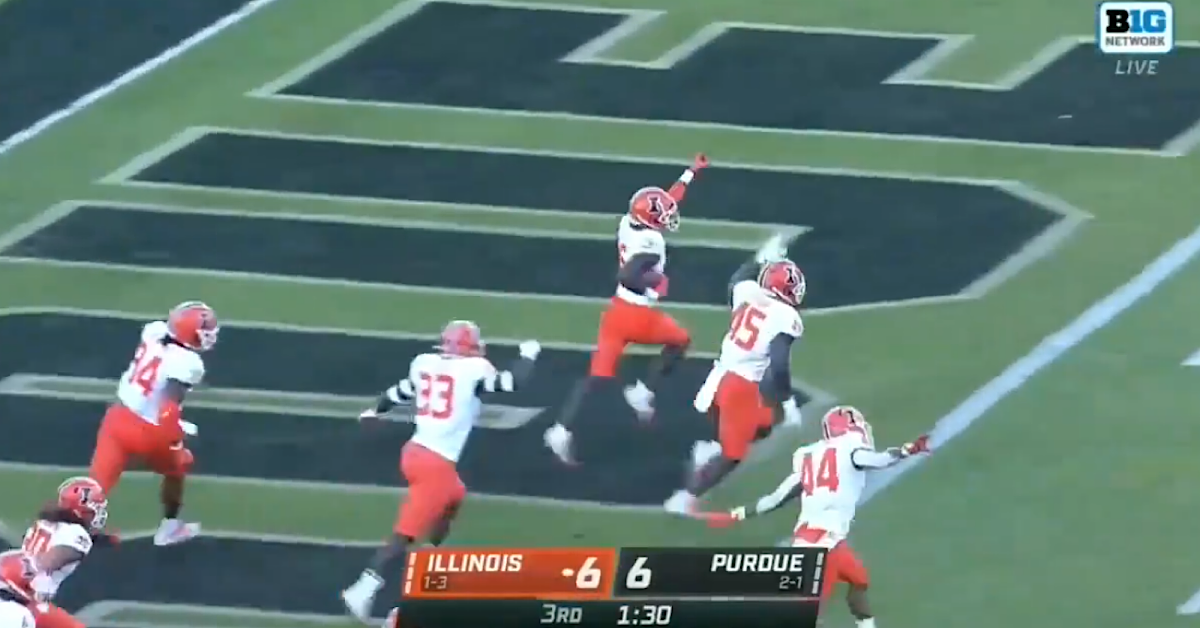 Put aside the obvious needs on the offensive side of the ball for a moment and middle with me for a moment.

Yes, the Bears should be wanting to plug holes along the offensive line. And they should certainly be looking to fill out their receivers room with players who upside and potential to grow while catching bombs from Justin Fields. However, we can’t overlook needs on the other side of the ball. New coaches and scheme means this group needs to be adding impact talent, too.

With that being said, two recent visits caught my eye.

Considering how first-year GM Ryan Poles was aggressive in attacking defensive linemen in free agency, it shouldn’t be surprising that the Bears have eyes for one of the position group’s prospects:

#Houston DL Logan Hall was extremely busy from Apr. 10-18. Within that timeframe, he made Top 30 Visits w/ #Texans, #Cowboys, #Vikings, #Bears, #Buccaneers and #Bengals, per source.

Houston’s Logan Hall checks in at 6-foot-6 and 283 pounds and figures to be a top-50 pick in the upcoming NFL Draft. And while there is some first-round buzz surrounding the former Cougars standout, he could land in that Round sweet spot where it would make sense for the Bears to take him. Hall was a first-team All-AAC player who put up 6.5 sacks and 13.5 tackles-for-loss in 13 games. There is potential positional flexibility that could land him as a 3-technique or perhaps a defensive end. I know I’ve been banging the drum when it comes to versatility on the offensive line, but I should probably have that energy when it comes to defenders, too. Versatility is king, after all.

But the most likely fit here is as a 3-technique defensive tackle. Wouldn’t it be something if the Bears, who were willing to go heavy at addressing this position in free agency before Larry Ogunjobi’s failed physical, ultimately were able to land a better long-term piece in the draft months later?

Houston DL Logan Hall is one of my favorite players in the draft to watch.

He was almost unblockable at the Senior Bowl. His best football is still to come. pic.twitter.com/teE26l0dyo

After watching Ryan Pace try to plug one-year stop-gap safeties next to Eddie Jackson in recent years, I’m curious to see if his replacement has an interest in landing some long-term safety help. If so, perhaps Illinois’ Kerby Joseph makes for a sensible fit. The Bears are just one teams Justin Melo hears that has met with the former Illini star:

A TON of interest in an ascending safety that took a big step forward while recording 5 INTs this past season.

In browsing through the mock draft universe, Joseph appears to have settled as a projected third-round pick. And with Chicago owning the 71st overall selection, it doesn’t take much stretching to see the Bears using that pick on a defensive back. Especially if the team were to address offensive line and receiver with earlier Day 2 selections.

Joseph was a star last season, using his senior season to launch what turned into earning first-team All-Big Ten honors. And I can see why:

I like that the #Illinois coaches trusted Kerby Joseph (#25) enough to show blitz knowing he had to bolt back several yards into coverage at the snap. pic.twitter.com/cwf8nwmcGl

Again, I realize a draft with a hyper focus on defense wouldn’t be popular. It would be understandable, too. But the Bears have so many boxes to check in terms of filling roster spots, there really isn’t a position on either side of the ball that couldn’t use some help. And it wouldn’t surprise e if the Bears came out of Day 2 with multiple defensive players in the draft.

Food and Travel
We use cookies on our website to give you the most relevant experience by remembering your preferences and repeat visits. By clicking “Accept All”, you consent to the use of ALL the cookies. However, you may visit "Cookie Settings" to provide a controlled consent.
Cookie SettingsAccept All
Manage consent