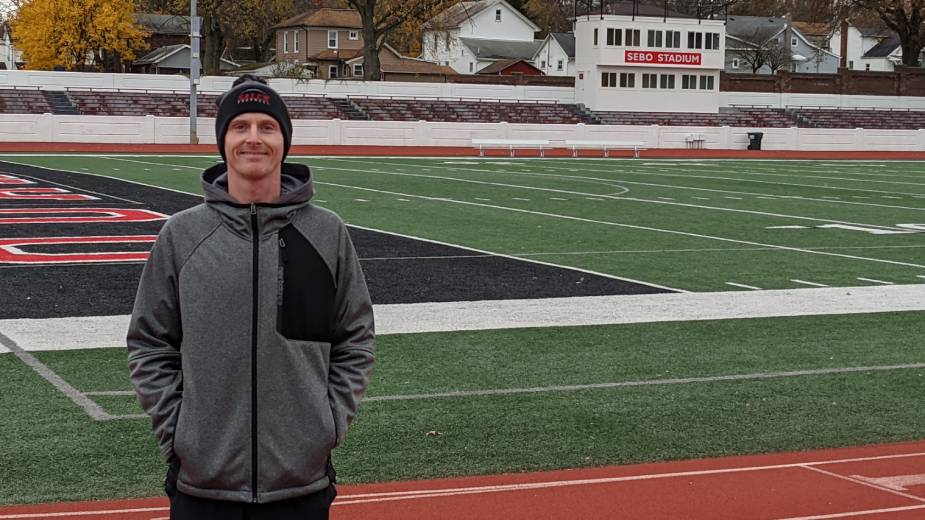 “I put on the best event that you can, make everybody feel welcome and let them have a great experience at the facility,” Fritz says. “I think we do that.”

The Ohio High School Athletic Association provided $2,800 to host LaBrae and Mogadore high schools in a regional semifinal football game on Nov. 13. Fritz asked the state organization for an additional $650 to pay for police and emergency medical services.

Ticket scanners, clock operators, hospitality room attendants and other game-day workers, along with a vast amount of ancillary expenses are part of hosting these events.

Niles received $2,800 for a regional final football game between Kirtland and South Range High Schools on Nov. 20. Athletic departments receive any monies left over from the OHSAA flat fee. “Not like thousands of dollars, maybe a couple hundred that would go back into the athletic department to maybe purchase soccer nets or something of that nature,” Fritz says.

Poland Local Schools Athletic Administrator Brian Banfield, who served on the OHSAA Northeast District Athletic Board from 2013 to 2019, says interested athletic directors fill out surveys that let the northeast board or the OHSAA know which schools can host sites for a variety of sports.

The OHSAA selects the location of all neutral-site regional, state semifinal and all football contests, while respective district athletic boards tag district venues for all sports except football. Requirements are adequate gymnasium or stadium seating, field turf, press box, parking, three locker rooms (one for officials), dedicated entrances to scan tickets, an all-weather track and other factors.

OHSAA Director of Communications Tim Stried says fees vary by sport and round of the tournament. All regional final football host sites are paid $2,800, and they get to keep all concession and parking revenue. The OHSAA pays out well over $1 million in fees for 441 football playoff games.

Yet there are fewer schools willing to host these OHSAA tournament contests, and playing at a non-high school venue is rarely done. Some sites contact the OHSAA, while others who have hosted and are deemed good sites are tapped first. The distance between the competing schools is a factor in making the final selection.

Stried says people would be surprised how often the state organization asks schools to host a playoff contest and they decline. “I don’t have specific numbers, but I can tell you that it has never been tougher to find sites willing to host tournament contests in some sports,” he says.

Matt Freeman, athletic director for Salem City Schools, hosted Springfield and Mogadore High Schools for a regional final on Nov. 20 in  4,100-seat Sebo Stadium. The stadium hosted Woodridge High School a couple weeks ago for a Salem home football playoff contest – something Freeman viewed as another regular-season game. He used about 22 athletic workers, and contracted security from the Salem City Police Department and hired a local ambulance company.

Athletic or band boosters make money from concession sales during regular-season and playoff home games – profits they keep for their organizations. Some other student-led groups  sell programs or other food items.

Not only do concession workers make money at Niles, but so do the football boosters by charging for parking. Niles has the ability to fit 1,000 to 1,200 cars in the school’s lot and surrounding areas, Fritz says.

Before the COVID-19 pandemic, Salem hosted a Division III sectional and district volleyball tournament in 2019 – grossing $12,000 with $6,000 in expenses.

Profits from the 2021 track and field meet were not known because ticket sales are done electronically and accumulated directly by the OHSAA.

In 2019 and years prior, schools like Salem would fill out a financial report for either the OHSAA or the Northeast Athletic District Board. Workers and expenses would be taken care of out of the profits from the tournament.

“They didn’t give you a set amount,” Freeman says.

Banfield says prior to online ticketing, schools would get $1.20 back for every ticket sold as late as 2019. Online-only ticketing began for all OHSAA postseason games started in the 2020-21 season.

Freeman says his athletic workers relish the opportunity to work any tournament games hosted at the high school or nearby Sebo Stadium.

Pictured at top: Salem City Schools has hosted many OHSAA playoff event at either the school gymnasium, or Sebo Stadium, where Matt Freeman is standing.

The Costs — And Benefits — of Hosting Tournament Play