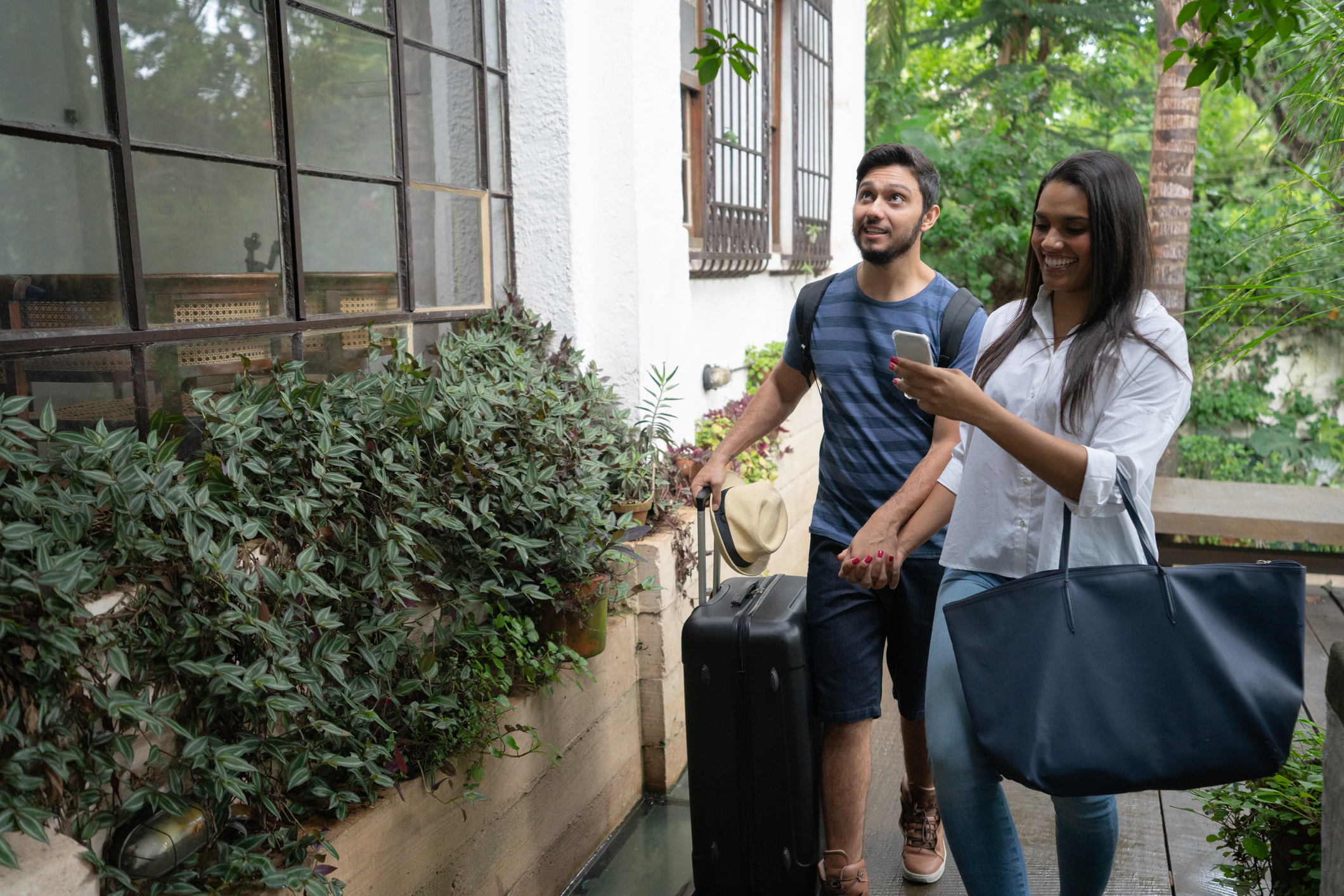 Airbnb (NASDAQ:ABNB) is already a huge company. The stock was almost a megacap when it came public, with its market cap running past $100 billion on its first day of trading. (Its valuation is about $115 billion now.) When a stock is that big already, is there any room to grow?

In Airbnb’s case, the answer is very much “yes.” The company puts its total addressable market (TAM) at $3.4 trillion. A lot of people think of TAM as some sort of mythical beast. One company never captures the whole TAM. Airbnb’s competitors include hotels and motels, and a lot of people will prefer to stay in one of those buildings.

Nonetheless, we are now starting to see an interesting shift in human behavior. Airbnb reports that 4 million people serve as hosts to strangers on its platform. Maybe a good number of those people are old hands at serving as a B&B (bed and breakfast) hosts. But I suspect we’re seeing a lot of new people enter this industry for the first time. And that relatively small number — 4 million hosts — suggests how much room there is for Airbnb to grow. 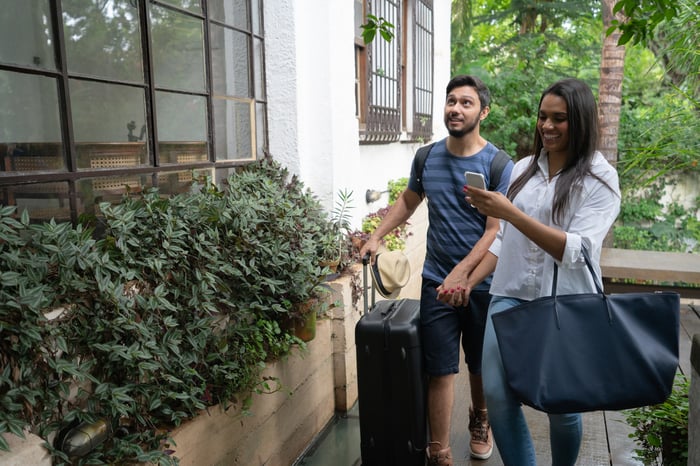 Airbnb has taken an ancient concept — the bed and breakfast — and brought it into the 21st century. The company is a top dog and first mover in using the internet to revolutionize the B&B industry. And so this very old industry — in the Middle Ages, monasteries would offer bed-and-breakfast service to travelers — has been radically transformed.

In the 20th century, we saw the rise of massive hotels in major cities. Along with the invention of the airplane, this caused a huge shift in world travel. More and more of humanity wanted to see the world, visit various continents, and see how other people lived. The bed and breakfast was a small part of this phenomenon.

A person who wanted to set up a B&B was at a severe disadvantage in terms of marketing and getting the word out. People would travel and then stay at a hotel, because that’s what everybody else was doing, and it was easy and convenient. Nonetheless, even though it was under the radar, the B&B industry kind of thrived underground.  When people went west to make it rich in the California gold rush, they would often stay at a B&B.

When the internet revolution came, you had some top dog and first movers jump in and establish themselves as the internet portal for finding lodging around the world, such as Booking Holdings (NASDAQ: BKNG) and Expedia (NASDAQ: EXPE), which now owns Airbnb competitor VRBO. Not surprisingly, these early first movers focused on the hotel market. That’s because hotels are famous and well-publicized, while a B&B is totally unknown and really small potatoes (or so these companies thought!).

There was no mad rush to form an internet portal for the B&B industry.  It didn’t even occur to people to do that. So a decade after Priceline and Expedia were started, a couple of friends in San Francisco created a website to make some money. There was a convention coming to town, and all the hotels were sold out, so they wanted to rent airbeds in their apartment to people who needed a place to stay. And Airbnb was born.

Airbnb has been growing ever since

The founders of Airbnb were literally the first hosts to use the service. Now there are 4 million hosts who use Airbnb to make money. So if you are wondering how big can this company get, well, how many people are there in the world with homes? Honestly, that $3.4 trillion TAM is a lowball estimate. The market opportunity is ridiculously vast.

Architecture & Design magazine estimates there are 2.3 billion homes in the world. So with only 4 million hosts in its network, Airbnb has captured 0.017% of the world’s homes. Can the company get up to 1% or maybe even 2%? Do the math on that, and the opportunity is staggering.

What’s really mind-boggling is how sweet this business model is. If you go on Airbnb’s website, you have 4 million options where you can stay, all around the world. And Airbnb doesn’t have any of the massive debts that the hotel industry has, since it doesn’t have to build any hotels. The hosts on Airbnb create the lodging, so Airbnb’s cost for building lodging is $0. What hotel chain can compete with that?

And because its website is the hub that is making this B&B revolution happen, Airbnb gets a percentage every time a rental is made. Airbnb collects a 3% service fee from its hosts, plus the company charges guests a 14% service fee.

Meanwhile, the hosts on Airbnb are very happy. That’s because the hosts first created their living space for themselves. But now Airbnb is helping people open their own side business. The average Airbnb host earns $7,900 a year on the platform by providing a place to stay for guests. In many places around the world, $7,900 is a lot of money. And your work is minimal — just be a good host.

In the most recent quarter, Airbnb reported that hosts made $12.8 billion on the platform. That number gave Airbnb $2.2 billion in revenues in the three-month period. That’s an incredible number for a young company. Obviously, it’s the 4 million entrepreneurs on its platform making this happen.

And this growth story is just beginning. This year, Airbnb launched a major marketing campaign. Its goal? Recruit more hosts.

This article represents the opinion of the writer, who may disagree with the “official” recommendation position of a Motley Fool premium advisory service. We’re motley! Questioning an investing thesis — even one of our own — helps us all think critically about investing and make decisions that help us become smarter, happier, and richer.