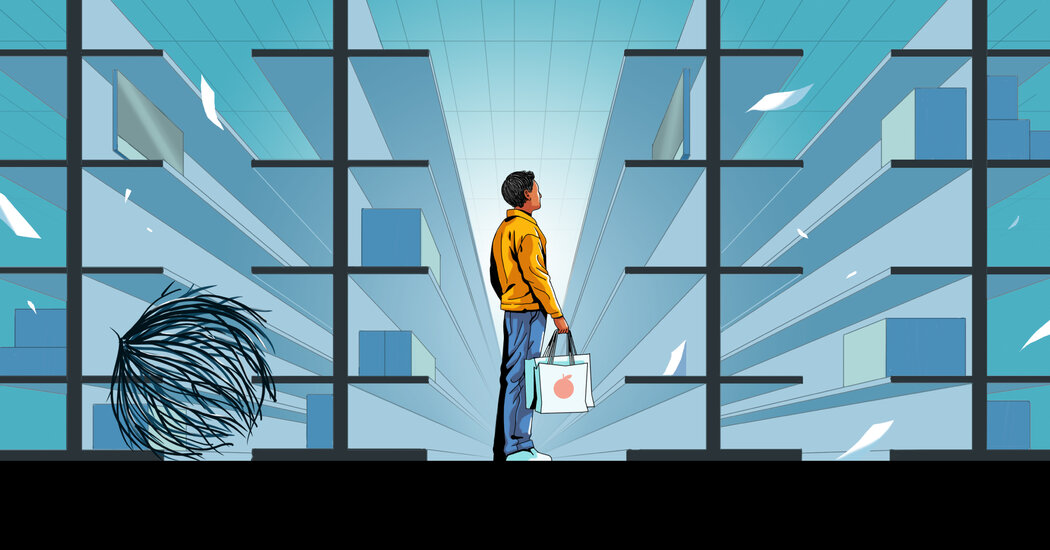 It’s that time of the year when our inboxes are flooded with discounts galore for Black Friday, Cyber Week and all the sales promotions that follow.

But this year, we’re in a unique situation. We’re living in an era of scarcity driven by a global chip shortage, widespread unemployment and the effects of government-imposed lockdowns that were meant to stop the spread of the coronavirus pandemic. That has disrupted global supply chains, made manufacturing difficult and snarled the shipping of items around the world.

That’s now affecting the types of tech products we can obtain for our loved ones this holiday season. Gaming devices like the PlayStation and Xbox consoles, which have been in a perpetual shortage for the last year, will continue to be a challenge to find. And the list of hard-to-get items has grown even longer, encompassing Wi-Fi routers, cheap laptops and audio gear.

Shoppers looking to buy consumer electronics will have to change their game plan. The biggest takeaway? Don’t wait until Black Friday.

“Buy early,” said Patrick Moorhead, chief executive of Moor Insights, a tech research firm. “Make the decision between saving a little money or not getting the product at all.”

Here’s a guide to the consumer electronics that will be difficult to find this year.

Let’s start with some of the most desirable and hardest-to-buy tech products: Sony’s PlayStation 5, Microsoft’s Xbox Series X and Nintendo’s new Switch, which have been virtually impossible to find on store shelves in the last year.

Historically, some console makers have limited the production of the machines to help build excitement for the products, gaming analysts said. But the chip shortage — and the heightened demand for gaming devices as many people were stuck at home in the pandemic — has exacerbated the dearth.

Many big-box retailers sell the new consoles exclusively online, and when new PlayStation, Xbox and Switch consoles appear, they sell out within minutes. Sony, Microsoft and Nintendo have warned that the chip shortage could lead to supply constraints through 2022.

The chip shortage and overwhelming demand for gaming products have also led to perpetual scarcity of high-end graphics cards, which people use to upgrade their computers to run more powerful games, Mr. Moorhead said.

The game plan? Consider automation. Millions are following Twitter accounts that scan retail sites and tweet as soon as game consoles and graphics cards are back in stock. You can set up your Twitter apps to send a notification to your phone as soon as those accounts post. I recommend following @mattswider, the editor in chief of the blog TechRadar, who relies on sources at retailers to post inventory updates on game consoles and graphics cards.

On Black Friday, new Wi-Fi routers usually get deep discounts. But we should expect fewer of these deals this year.

That’s because of a domino effect related to shortages of so-called legacy nodes, a miniature chip used to create wireless sensors in networking equipment, said William Crockett, a vice president of Tanaka Precious Metals, a component manufacturer. Because that component is not readily available, companies may make fewer routers. That then means retailers are less likely to slash the prices of routers to avoid running out of them, he said.

Case in point: Last year, one of Amazon’s hottest Black Friday deals was a big discount for the Eero, its popular Wi-Fi router. This year, the Eero is conspicuously absent from Amazon’s list of top deals for Black Friday.

An Amazon spokeswoman said the company had promotions planned for Eero throughout the holiday season. So far, only the high-end Eero Pro models have received substantial discounts.

So if you or friends and family want an internet router, buy it now. In the unlikely event that the product goes on sale this Black Friday, you can ask the retailer for a retroactive price adjustment or return the item and buy it for the lower price.

Retailers typically unleash a plethora of low-cost laptops on Black Friday priced under $400, including Chromebooks and notebooks from manufacturers like Acer, Dell and HP.

Expect those deals to be scarcer this holiday. Computer makers are struggling with a shortage in USB controllers, the chip that allows a computer to talk to the USB port, Mr. Moorhead said. So manufacturers are prioritizing those parts for the production of more expensive laptops that generate higher profits, he said.

The upshot: You can expect deals on premium laptops, like MacBooks, but fewer discounts on the cheaper stuff.

There are a few rare deals online for low-cost notebooks — you just have to be proactive. Last week, Walmart sold an HP laptop for about $280, according to Pete King, a producer at Slickdeals, a website that tracks discounts online.

“If you haven’t started looking now, you’re already late to the game,” he said.

Finally, the chip shortage has affected analog chips, the circuits that gadgets rely on to manage power. The tech products most affected by this are audio accessories like speakers and earphones, which rely on analog chips to lower their power consumption and connect wirelessly to notebooks and smartphones.

The scarcity won’t affect all audio accessories, however. Mr. Moorhead noted that Sony and Apple develop their own chips for audio gear, so people probably won’t have trouble buying fancy earphones from the big tech companies this holiday.

That’s good news for fans of AirPods, but bad news for TikTokers and Gen Zers who are actively trying to make less popular earphones fashionable.