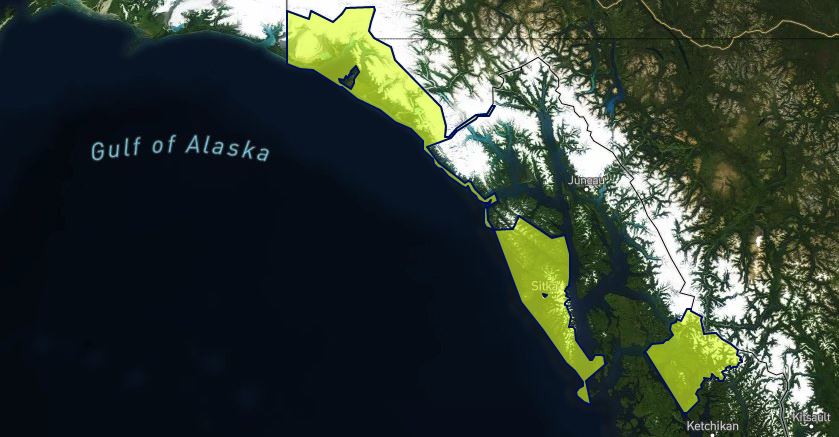 Southeast Alaska’s regional Tribal government will pilot its new broadband internet program in Wrangell, which it says will, eventually, be available to everyone on the island.

Last year, the Federal Communications Commission opened up a special program to allow rural Tribes to secure broadband licenses to improve connectivity. Hundreds of Tribes applied, more than a third in Alaska.

The Central Council of Tlingit and Haida Indian Tribes of Alaska announced on December 17 that it got its license. In a nutshell, the FCC has granted the regional Tribe exclusive use of a mid-band broadband spectrum in a number of Southeast communities.

Chris Cropley, one of Tlingit & Haida’s network architects, says the license is for the 2.5 gigahertz spectrum: the same tech used by cell phone LTE networks.

“We’re starting in Wrangell,” Cropley explains, because “It’s perfect – it’s the Goldilocks, as they say. It’s got everything going for it. We’ve got a lot of people there, relatively, we own the 2.5 [GHz spectrum] there, and we have funding for it.”

The Tribe is calling its broadband service Tidal Network. It’ll just be home internet: not mobile data service. But all the same, it’ll need to build its own towers, so that wireless internet can be broadcast directly to homes and businesses that don’t already have reliable internet access.

Wrangell is ideal because there are people with spotty service, Cropley says. But it’s not such a remote community that Tlingit & Haida would struggle to get people and equipment to town. He says residents living towards the southern end of the 14-mile stretch of Zimovia Highway would be good candidates for Tidal Network.

Cropley says that when the FCC opened applications for broadband licenses to rural Tribes, Tlingit & Haida worked with other Tribes to apply for areas not already being applied for by the local Tribal entities. That way they wouldn’t overlap.

Once the service is in place, Tlingit & Haida will be required to “defend” it – meaning they have to offer internet service to 80% of the area’s population within the first two years of holding the license, and full-coverage after five years. But that doesn’t mean people have to take the new provider up on the offer.

Tlingit & Haida began working on getting its license back in 2019. And federal pandemic relief it’s received since will help pay for the project that Cropley says will begin small and portable.

“We are buying two what we call COWs – cell on wheels, Cropley explains, “And they are towers on a trailer with a generator and a little cabinet underneath, and they extend out. We’re able to stand them up, and they have radio microwave on them and they accept fiber optic and we’re able to wire them up or wireless them and begin to provide service on those towers.”

Cropley says the pieces are already in place to get started now, though. He says he has a multi-million dollar budget headed to Wrangell for the pilot broadband project, but declines to say precisely how much.

Once the details are worked out, Tidal Network will operate in Wrangell as a subscription service with different plans, like any other internet provider. Cropley says the goal is to provide the best possible internet at the lowest possible price.

“I don’t want to be like, ‘Well, we’re gonna come in and blow everybody’s internet away.’ We’re just looking at finding the most people with the least internet or no internet, ideally, and providing them with internet where they didn’t have before, where they had to use a satellite,” Cropley says.

The pilot project in Wrangell is just that: a test. It’ll help flesh out the program – from the tech itself to collaboration with other vendors, policies, and provide training to Tidal Network employees.

The process will take time, and investment on the part of Tlingit & Haida, Cropley says: “There’s a reason that somebody isn’t already doing this, right? There’s no gold mine at the end of the road here. It is a service.”

And, Cropley says, providing the internet is really only half of the battle. Digital literacy education will be an integral part of the program.

“So we bring internet to people, big deal. Internet’s only half the battle, it’s teaching people how to use it, making sure they’re using it correctly,” Cropley says. “We’re going to be providing in-home routers that do WiFi optimization and prioritization. So that we’re able to facilitate working from home, school from home, we’re not just dropping internet off on your roof and saying ‘Good luck.’”

With cooperation from Wrangell’s local government and Tribal government (the Wrangell Cooperative Association), Cropley says Tlingit & Haida hopes to have the network up and running by spring 2022. And after piloting the program in Wrangell, Cropley says they hope to expand to more than 20 other Southeast Alaska communities in the coming years.