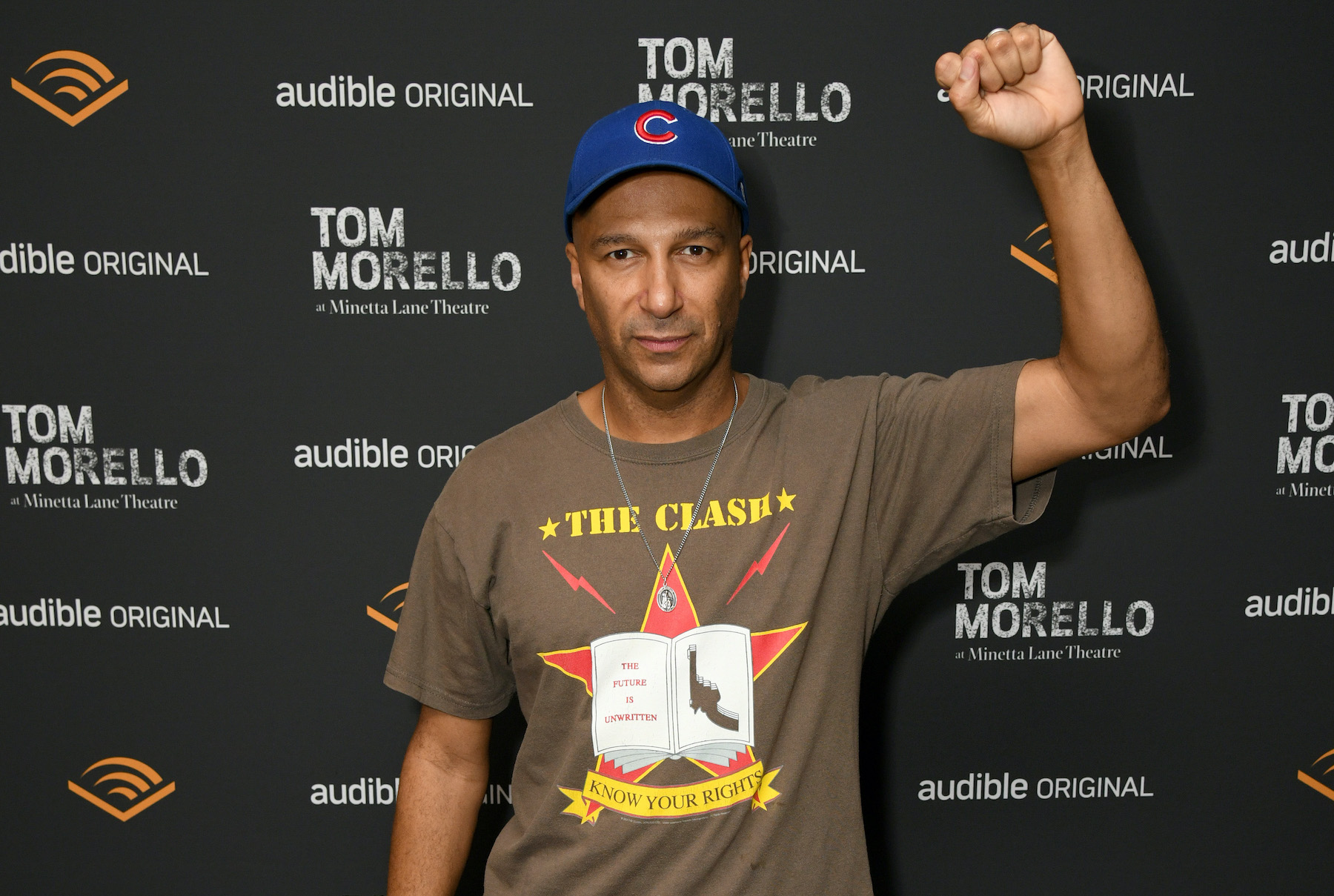 AEG and AXS announced the addition of the Amazon One Palm Recognition service for Red Rocks in September, touting the concept’s potential as a more convenient, secure, and hygienic alternative for concertgoers to be admitted to a venue compared to traditional tickets. The company said it would add the technology to more of its venues in the future. Critics, however, worry implementing palm scanners at shows comes with serious privacy and safety concerns for concertgoers.

The new technology runs the risk of “transforming these spaces into hotspots for ICE raids, false arrests, police harassment, and stolen identities,” the letter said. “Introducing palm scanning devices is a slap in the face to fans and artists that have fought so hard to promote safety for everyone at live events. It’s simply a matter of time before we hear of cases of palm scans misidentifying people in the ways that facial recognition has — often with violent and life-altering consequences — but most concerning of all is the fact that this new technology will make the data of thousands of people vulnerable to ongoing government tracking and abuse and malicious hackers.”

AEG did not immediately respond to Rolling Stone‘s request for comment.

The call to remove the feature was spearheaded by advocacy group Fight for the Future, and along with the musicians, 30 other advocacy groups including United We Dream and Access Now endorsed the letter as well. Beyond privacy concerns with law enforcement, the letter’s endorsers also expressed worry over handing data to a major technology giant like Amazon.

“Corporations have tried to make this tech sound harmless, but let’s be clear: Amazon has a vested interest in getting millions of people to give up their palm scans,” Presente.org’s executive director Matt Nelson said in a statement. “The palm scanning scheme at Red Rocks is simply priming people for the day when submitting iris scans, fingerprint scans, and face scans everywhere becomes totally normalized.”

In a statement to Rolling Stone, Amazon dismissed the artists’ and advocates claims as “inaccurate.”

“Amazon One is not a facial recognition technology – it is an optional technology designed to make daily activities faster and easier for customers, and users who choose to participate must make an intentional gesture with their palm to use the service,” an Amazon spokesperson said. “We understand that how we protect customer data is important to customers—this is very important to us too, and that’s why safeguarding customer privacy is a foundational design principle for Amazon One. Amazon One devices are protected by multiple security controls, and palm images are never stored on the Amazon One device. Rather, the images are encrypted and sent to a highly secure area we custom-built for Amazon One in the cloud where we create your palm signature.”

“Surveillance profiteers who hope to make a lot of money selling facial recognition software to governments and private interests are now on high alert,” Morello and Greer wrote in 2019. “They’re watching closely for public reactions, running tests to see just how much intrusive monitoring we’re willing to put up with,” Morello and Greer warned. “We have a chance to stop the proliferation of surveillance technology that rivals nuclear weapons in the threat that it poses to the future of humanity. The clock is ticking.”

Read the full open letter below, or on the group’s website:

As human rights groups, artists, and music fans, we are calling on Red Rocks Amphitheater, AXS, and AEG Worldwide to immediately cancel all contracts with Amazon for the invasive Amazon One palm scanning technology, and ban all biometric surveillance at events and venues once and for all.

For many of us, concerts and live events are some of the most memorable and enjoyable experiences of our lives. The spread of biometric surveillance tools like palm scans and facial recognition now threatens to destroy that, transforming these spaces into hotspots for ICE raids, false arrests, police harassment, and stolen identities.

In 2019, over 40 of the largest US music festivals, including Burning Man, Coachella, South by Southwest and Lollapalooza, responded to activists’ demands to reject invasive facial recognition technology at their festivals.

Introducing palm scanning devices is a slap in the face to fans and artists that have fought so hard to promote safety for everyone at live events. It’s simply a matter of time before we hear of cases of palm scans misidentifying people in the ways that facial recognition has – often with violent and life altering consequences – but most concerning of all is the fact that this new technology will make the data of thousands of people vulnerable to ongoing government tracking and abuse AND malicious hackers.

AEG is one of the many companies that has taken a strong stand against the use of facial recognition at its festivals. Red Rocks, AXS and AEG must now go one step further and refuse palm scanning devices and all other forms of invasive biometric surveillance. The marginal-at-best convenience of scanning a hand instead of a ticket is no excuse for implementing technology that will exacerbate violent systems and cause harm. Our privacy, safety and lives are at stake.