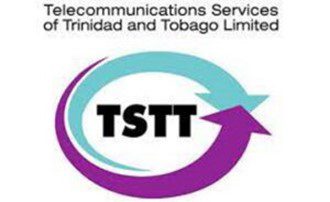 The state-owned Telecommunications Services of Trinidad and Tobago Limited (TSTT), on Tuesday announced the retrenchment of 468 workers as part of a restructuring exercise.

“The need to restructure TSTT is urgent and critical, necessitated both by the impact of challenging economic conditions brought on by the coronavirus (COVID-19) pandemic and the drastic effect of changes in technology on the company’s operation and performance,” the company said in a statement.

But the Communications Workers Union (CWU) said it intends to challenge the move claiming that the telecommunications company broke the law.

“The union has been informed today that 376 of our members will be retrenched effective tomorrow …we just want to indicate we are not surprised by the retrenchment; we are surprised however that the company has blatantly flouted the laws and not giving people the 45 days’ notice and effectively fired them almost immediately,” said CWU President General, Clyde Elder told reporters.

“We will not allow that to go unnoticed, we are in fact seeking legal release through the courts for that breach of the law,” he said, adding also that the union is planning a demonstration for Friday.

In its statement, TSTT said of the 468 retrenched workers, 403 comprising a mix of junior and senior staff as well as estate police officers will, in keeping with the collective agreements with their representative unions, each receive payment in lieu of the regulatory 45 days’ notice.

It said on January 17, this year, TSTT invited its employee representative unions to consultations regarding the proposed restructuring and refinement of its operating/business model.

“Consultations with employees and the representative majority unions, including the Communications Workers Union (CWU) and Estate Police Association (EPA) began on February 1 and were conducted in good faith and in line with best industrial relations practice,” TSTT said.

TSTT said in the financial year ended March 31, last year, its revenue fell by TT$453 million (One TT dollar=US$0.16 cents) or 18 percent less than the prior year.

It said this material decline was partly due to issues related to the COVID-19 pandemic and a combination of economic and technological factors both unique to the Trinidad and Tobago market as a direct result of the global digital revolution in the telecommunications industry.

“Given our challenges, TSTT has no option but to restructure to remain competitive,” said TSTT chief executive officer, Lisa Agard.

The government has 51 percent controlling share in TSTT with the remainder being held by Liberty Latin America, which owns FLOW and Cable & Wireless Communications. Liberty Latin America became the owner of the 49 percent stake in TSTT, when it completed the acquisition of Cable & Wireless Communications (CWC) in May 2016, for US$5.3 billion. It has since indicated its intention to divest its shares.

Reach Success With The Future Of Ad Exchanges [Podcast] »