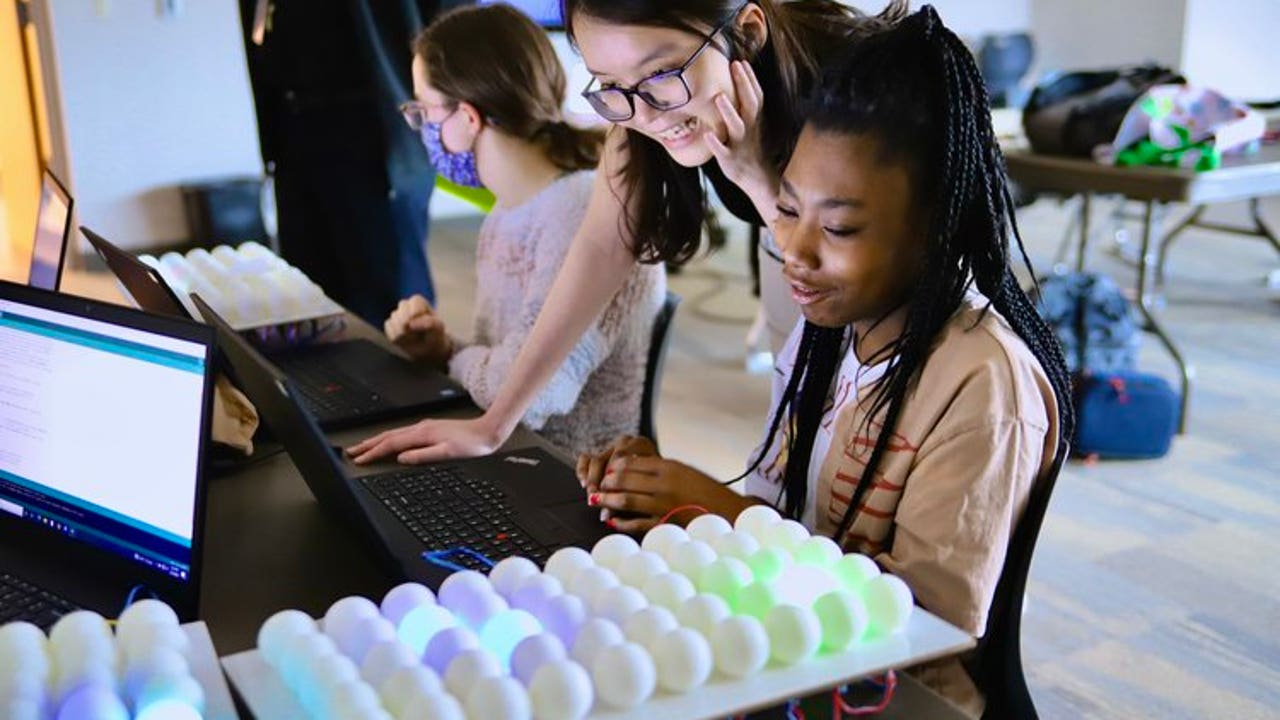 University of Minnesota seniors earning computer science degrees started a business as part of a class that has turned into a successful workshop aimed at introducing girls to the world of coding, computer programing and careers in STEM.

MINNEAPOLIS (FOX 9) – Inspired the first computer programmer, a University of Minnesota senior has started a company to help get more girls interested in STEM. Senior Anna Pedrick and other women earning computer science degrees started a workshop aimed at introducing girls to the world of coding, computer programing and careers in STEM.

To try and get more girls interested in coding and computer science, Pedrick and a few other students started a workshop and business is called Lovelace, named after Ada Lovelace, who’s credited as being the first ever computer programmer. In 1843 she wrote the first machine instructions for early computers to follow.

“Our main objective with this business was to redefine stereotypes with coding and kind of show girls who a coder is, what you can do with code and who a coder can be in the future,” Pedrick said.

As part of their workshop, they travel to middle schools around the Twin Cities metro, giving girls the chance to code and see their coding creations come to life. The program allows girls to build a board with over a dozen bulbs and lights. The board is connected to a computer, and through coding, the girls can turn the lights on and off, change their color and make the lights appear in shapes.

“We don’t want the code to just live on the computer. We want it to be showcased in your room so when your friends or grandparents come over you can show them and be proud of it and get your feelings validated of ‘yeah I made that,’” Pedrick said.

Pedrick says the program has already proven successful. She says 90 percent of the girls who have taken her workshop say they’re interested in learning more about coding. She’s hoping the workshop inspires girls to look into tech-related careers, as there’s an expected shortage of tech workers over the next decade.

“It can be fun, it could be creative, it can be collaborative, social, you can do stuff with your friends and you can make really, really cool things with code and I don’t think a lot of people really realize that.”

Healthy Life
We use cookies on our website to give you the most relevant experience by remembering your preferences and repeat visits. By clicking “Accept All”, you consent to the use of ALL the cookies. However, you may visit "Cookie Settings" to provide a controlled consent.
Cookie SettingsAccept All
Manage consent