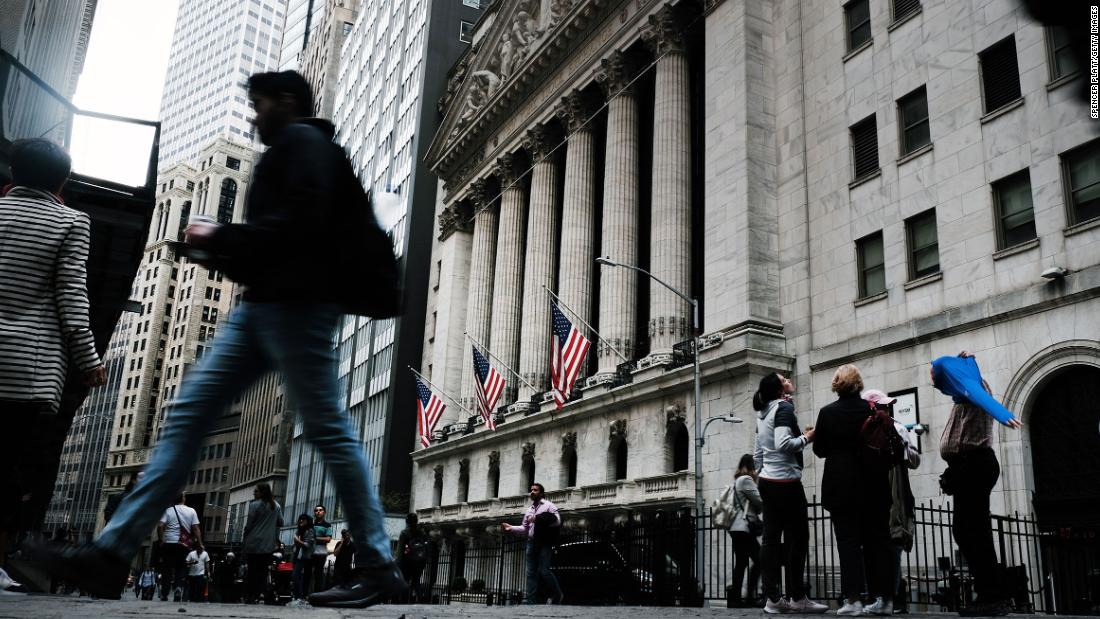 The moves follow an incredibly volatile week on Wall Street and marks the fifth straight week of losses for all three major US stock indexes.

“The Ukraine war, a global energy shock and the risk the Fed tries to fight the supply-driven inflation have sparked a reassessment of macro scenarios among market participants,” wrote Blackrock analysts in a note Monday morning. “We also see little chance of a perfect economic scenario of low inflation and growth humming along.”

Fed Chair Jerome Powell told investors last Wednesday afternoon that future rate hikes larger than a half percentage point are “not something the [Fed] is actively considering,” leading to a bullish surge in markets. The major indexes all grew by around 3%, and the S&P 500 and Dow had their best days in nearly two years. By Thursday investors decided they weren’t so keen on the changes, worried about the increasing chances that the Fed plunges the economy into a recession. The Dow dropped 1,120 points, or 3.3%, the S&P 500 fell 3.7%. The Nasdaq Composite tumbled 5.2%, marking its worst day since 2020.

“I’ve been in the markets for 25 years and I’ve never seen anything like this,” said Danielle DiMartino Booth, CEO and chief strategist for Quill Intelligence, a Wall Street and Federal Reserve research firm. “It’s violent not just volatile.”

The forward-thinking tech sector is particularly vulnerable to higher rates: investors expect tech companies to post electric growth, but inflation and higher interest payments will take a big bite out of those profits. Amazon fell 5.2%, Facebook parent company Meta Platforms (FB) lost about 3.7% and Google owner Alphabet (GOOGL) dropped 2.8%.
Apple (AAPL) and Netflix (NFLX) were each down by more than 3%.
Data analytics company Palantir, meanwhile, fell more than 21% after reporting mixed quarterly earnings. Electric vehicle maker Rivian dropped by nearly 21% as the insider lockup period for selling the stock expires. Ford (F) owns a 102-million share stake in the company and has lost money on the deal.

Investors are waiting for a key inflation gauge, the Consumer Price Index, later this week.

“If you want to be a cup-half-full sort of person, the lack of new bad news is something to hold onto and Wednesday should see US core and headline CPI inflation fall back,” wrote Societe Generale strategist Kit Juckes in a note Monday. A drop in inflation could “calm markets sufficiently” and reverse the sell-off by the weekend, he said.

Still, as earnings season draws to its conclusion, forecasts for the next quarter remain weak. Mentions of ‘weak demand’ in earnings reports are now at their higher level since the second quarter of 2020, according to research by Bank of America analysts.

“Our guidance ratio, earnings revision ratio, and corporate sentiment reading all plummeted to the lowest since [the second quarter of 2020],” they wrote, “adding to recession concerns.”