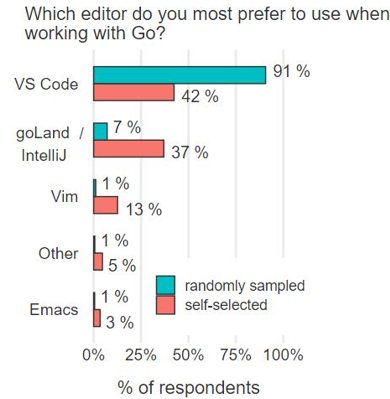 Results of the 2021 Go Developer Survey, its sixth edition, show a very high level of satisfaction among users of the language and confidence in the long term direction of the Go project.

The newly published results come from a survey conducted during October/November 2021 which had 11,840 responses. This was the largest turnout in the 6 years of the survey and the increase can be attributed to a new strategy for recruiting participants. As well as publicizing the survey on the Go Blog and having it was picked up on social channels including Twitter, Reddit and Hacker News (and in 2019 I Programmer), a random sample of users of the VS Code plug-in were invited to participate. The ratio of self-selected to randomly selected respondents was almost 7:3.

On the whole the randomly sampled respondents had less experience of Go, with 44% being classed as new Gophers (those using Go for less than a year) compared to 28% among the self-selected respondents. 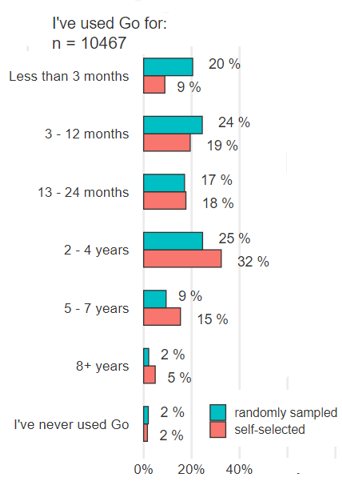 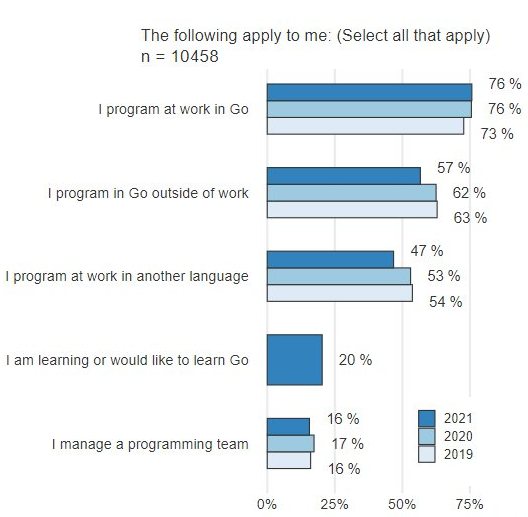 The most popular uses for Go remained as writing API/RPC services and for command line interfaces. However, the language is used in IoT, games and for Machine Learning/AI and even for mobile apps. 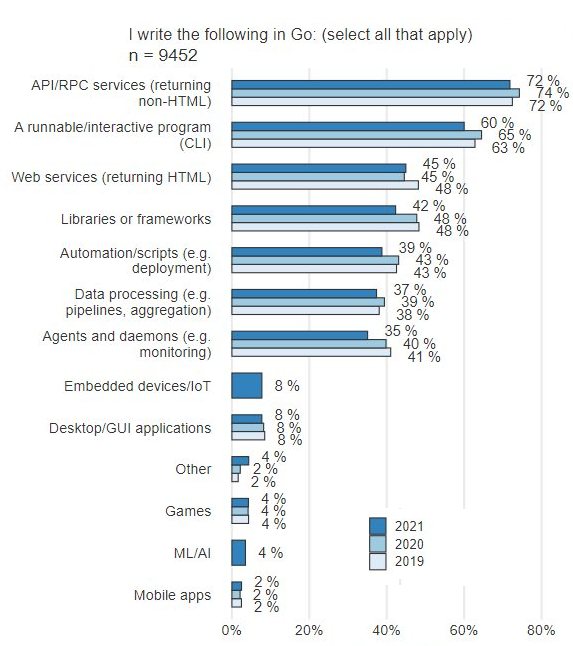 As in previous years Go developers were highly positive about the language and committed to using it in future. 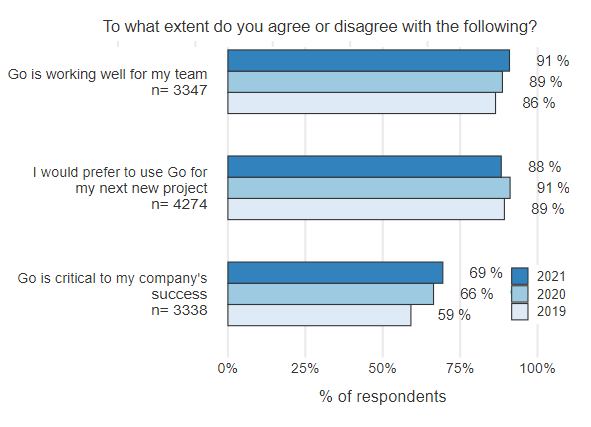 Overall 92% of respondents were either very satisfied or slightly satisfied using Go during 2021 and a new question in the survey revealed that 81% were confident in the long term direction of the Go project. 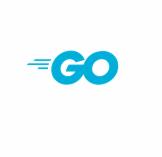 Insights Into Where Go Is Going