Moldova Is Hosting the Most Ukrainian Refugees Per Capita 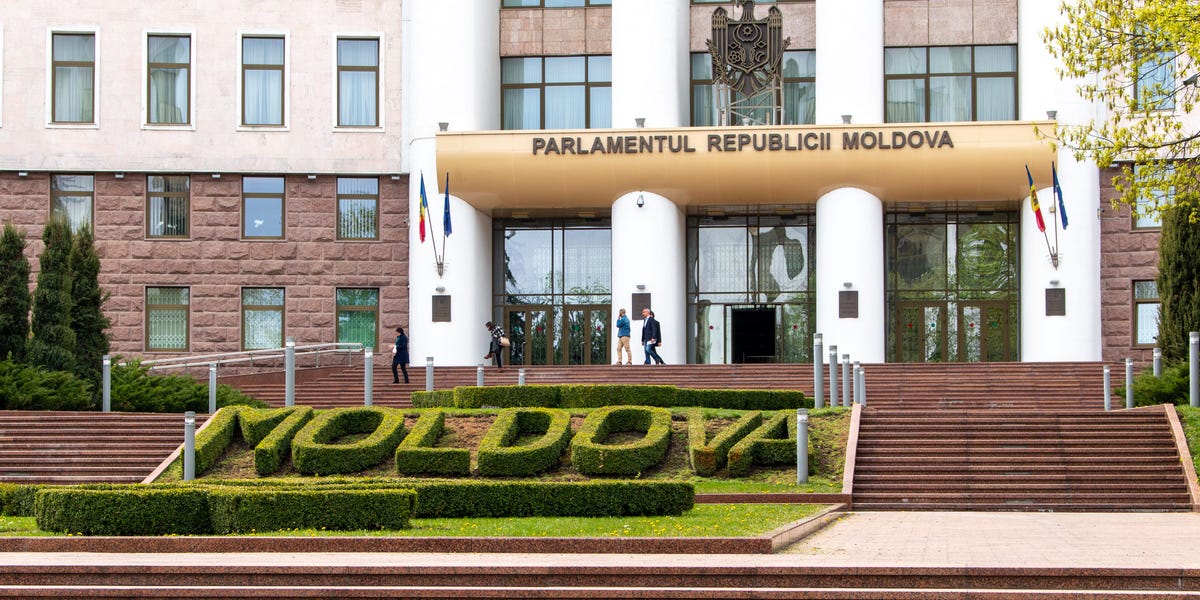 CHIŞINĂU, Moldova — Before Russia’s invasion of Ukraine began, UNHCR, the United Nations’ refugee agency, had exactly one person working in Moldova, the country that now hosts more displaced Ukrainians per capita than any other.

“It happened all so quickly that, like very often happens in an emergency, we were not prepared,” Francesca Bonelli, the head of UNHCR’s operations in Moldova, said in an interview at her makeshift office in the Soviet-era Jolly Alon hotel.

Since February 24, more than 430,000 people have entered Moldova from Ukraine. Nearly 100,000 have stayed, some 3,500 of them third-party nationals, largely from China and Azerbaijan. That’s placed a huge burden on a tiny country of just 3 million people with a gross domestic product in 2021 of less than $12 billion — the rough equivalent of three months’ economic output in Bakersfield, California.

In 2020, for comparison, just 86 people sought asylum in Moldova.

Most have crossed through the southern town of Palanca, less than an hour drive from the Ukrainian port city of Odesa, where over the weekend Russian missiles struck residential buildings, killing eight people, including a mother and her newborn daughter.

“I remember one of the first days that I was in Palanca, speaking with the border police. They said that a few people asked them, ‘Are we safe here? There are no bombings?’ And this really touched me,” Bonelli said. It was, she realized, the first time these people — mostly women and children — were not threatened by Russian bombs.

Why they haven’t gone further than Moldova is, in part, because they remain optimistic. In 25 years of working with refugee populations, “it is the first time that I feel such a strong will to go back home as soon as possible,” Bonelli said. “Of course, every refugee wants to go back home, but here you feel it really very strong — probably because the war is so fresh and so close.”

Today UNHCR in Moldova has around 80 people working for it. Across from the convention center in Chișinău, some of them are now helping register refugees for a cash assistance program. On a weekday morning, a couple hundred refugees who had already applied online for the assistance — $120 a month per person, funded by Catholic Relief Services — were waiting to complete their in-person interviews.

Yasemin Sener, assistant field officer for UNHCR, said the intent of the program “is to prevent people from opting for negative coping strategies,” such as resorting to sex work or having their children beg in the streets. UNHCR tries to identify particularly vulnerable persons during the registration process to link them to other assistance programs, she added.

About 2,000 people per day were being registered for the refugee cash assistance, which launched in mid-March, per UNHCR, with 24,000 people having now been enrolled.

But good intentions have been undermined by predictable if frustrating problems with implementation.

The number of people registered for cash assistance indicates that three-fourths of the refugee population has not signed up. Some may not need it, but others may not know it exists or have the time to spend half a day in line when they are already busy trying to work or care for their children. Others have likely tried only to be thwarted by technical bottlenecks; in the first days of the initiative, the computer system used for registering people kept crashing.

Refugees who have made it through the application process have also reported long delays. After registering, some have received their debit cards only to wait more than a month for any cash to be added to their account.

It is Moldovans who in the early days of the war and ever since have led the effort to aid their neighbors, proving to be faster and more flexible than international organizations.

For the refugee cash assistance program to even be legal, for example, Moldova’s parliament had to quickly come together and pass a law allowing for the distribution of debit cards to people who may not have identification (UNHCR collects biometric data to prevent anyone from collecting the cash twice).

The Ministry of Internal Affairs also launched a unique public-private partnership — not quite a government agency, not quite a nonprofit — called Moldova for Peace that, with the help of a website that has not crashed, allowed refugees to state their needs and pair them with the appropriate donations.

Bonelli readily admits that UNHCR has had to play catch up. She is also quick to credit Moldovans. “I’m very impressed with the government, with the civil society, with the volunteers — every corner here in Moldova is committed to doing the best they can not only to welcome refugees, but to make the situation better,” she said.

Moldova steps up, at a cost

Cristina Sirbu, who helped launch Moldova for Peace, said that both solidarity and resilience will be more challenging in the weeks ahead. Many refugees are still operating under the assumption that the war will end soon, a fact that has made a difficult situation more tolerable but also prevented some from coming to terms with their new life. Many refugees say they are in Moldova precisely because it will be that much easier for them to return to the place from which they fled.

“Psychologically, they arrive here and they’re frozen,” Sirbu said over lunch at a cafe in Chișinău. “But they continue to be frozen for a while — until they start to realize that this is not, most probably, a temporary solution,” she said. When the realization finally dawns, the formerly “temporary” conditions — living in a shelter or another person’s home, with little in the way of privacy — can quickly become intolerable. That, she said, could be a “breaking point.”

Not just among refugees. Moldovans recoil at theirs being called a “poor” nation, but they are currently being asked to provide far more in the way of energy and charity to aid the victims of war than most other, wealthier European countries.

Marina Soloviova, an economist with the Expert-Grup think tank in Chișinău, said it will likely cost Moldova up to $378 million a year to host as many refugees as it is now, about 3% of the country’s GDP. This, coming at a time when the government is having to increase subsidies to its poorest residents in response to soaring inflation.

Outside of the European Union, and prevented from joining NATO, tiny Moldova has punched far above its weight. So far, the European Parliament has stepped in to provide about $162 million in aid for its trouble, 80% in the form of loans.

But money isn’t the chief concern for most people in Moldova. It is something to be addressed later.

For now, at least, the war next door has helped unite a country, often divided since independence between those for and against Europe, around a singular purpose. The hope, as the country applies for membership in the EU, is they will someday be repaid.

Have a news tip? Email this reporter: [email protected]

« Medtronic warns on some Percept neurostimulators