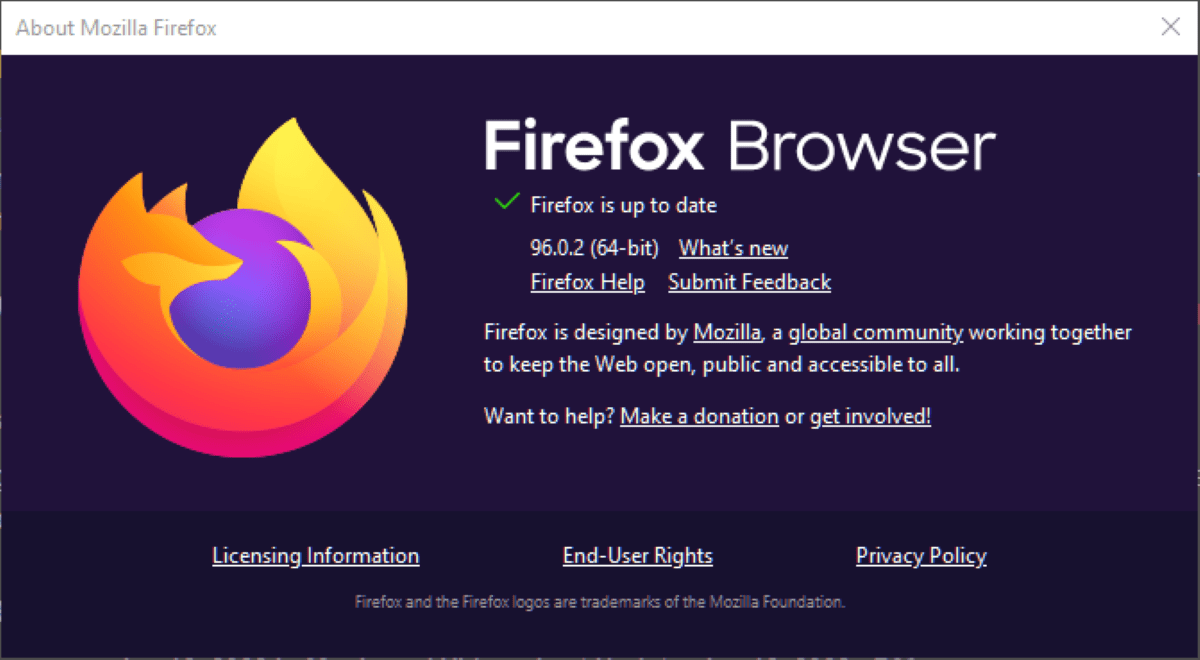 Mozilla released Firefox 96.0.2 to the Stable channel on January 20, 2022. The new version of the browser fixes three issues that affect Facebook, LastPass and audio play on Linux.

Firefox 96.0.2 is already available. Firefox is configured to download and install updates automatically, but users may speed up the process by selecting Menu > Help > About Firefox. The window that opens displays the current version of the browser. A check is run to find out if an update is available; if that is the case, it is downloaded and installed automatically on the system.

The first fix resolves an issue in Firefox for Linux. According to the bug report, Firefox on Linux used to change the height of the tab bar when audio was played in the browser. Firefox displays a sound indicator in tab items when it detects audio playback; this indicator seems to have triggered the resize behavior on Linux. The update to Firefox 96.0.2 resolves the issue.

The second issue is specific to the LastPass extension. It occurred only in private browsing mode and caused the Lastpass dialog window to be displayed without any information (blank in other words). The issue is fixed when users update to the new version of Firefox.

The next stable version of Firefox will be released on February 8, 2022.

Now You: did you run into these issues?

Mozilla released Firefox 96.0.2 to the Stable channel on January 20, 2022 to address issues with Facebook Apps, LastPass, and on Linux.