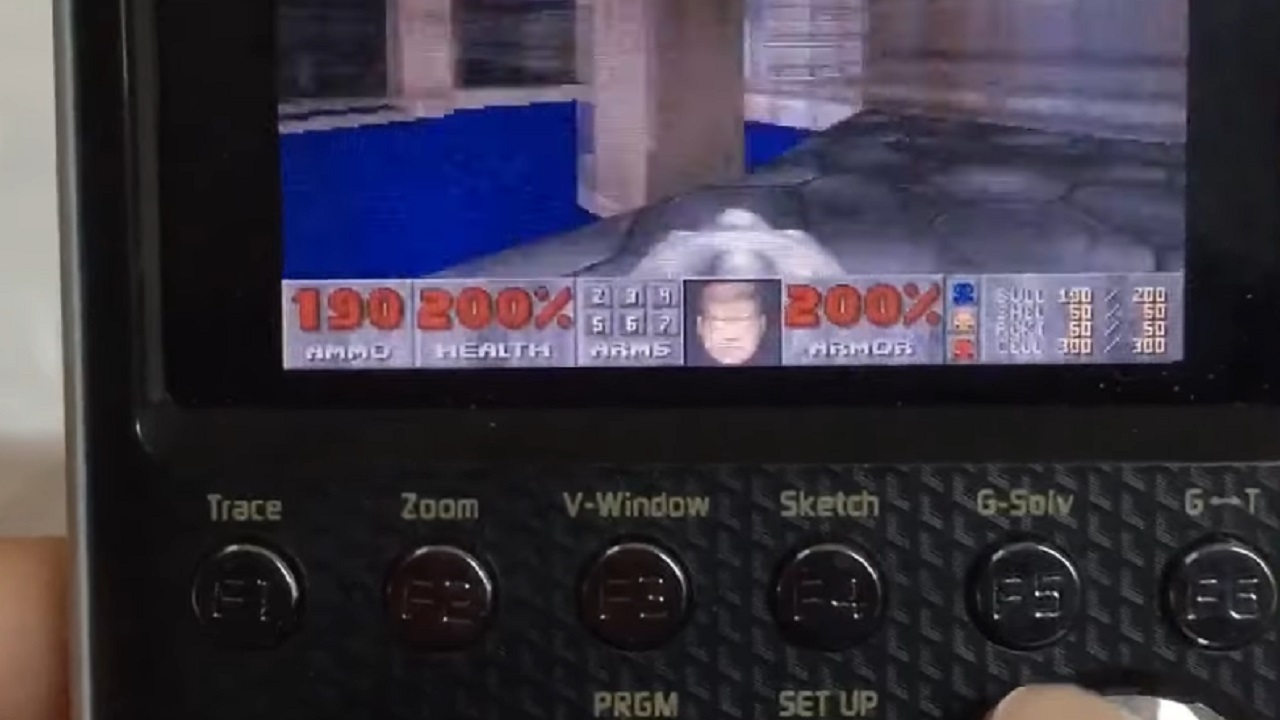 If it has a screen, it should run Doom, but we still don’t often see Doom running this well on our typical graphing calculators.

When it comes to most things with screens, it should come as little surprise that programmers out there will figure out how to load Doom onto them in some way or the other. The quality of the port is always suspect, though. Even so, the port recently loaded onto a Casio graphing calculator by an enterprising young programmer looks pretty good to say the least.

This original Doom port project was recently shared by Bethesda itself on Twitter, though it was originally posted by alexosk8 on the Subreddit r/InterestingAsF*ck. Alexosk8 loaded a port of the original Doom onto a Casio fx-CG50 calculator. It’s a full-color port that runs at around 17 frames-per-second, featuring full guns, firing animations, enemies and more.

The mad lad did it. DOOM running on a calculator, by alexosk8 on Reddit.

It really can run on everything. pic.twitter.com/7GMAjxYQxV

We’ve certainly seen Doom loaded to various other devices over the years. Heck, in 2020, we even got to see Doom ported onto Nintendo’s new Super Mario Bros. 35th anniversary Game & Watch. It helps that the Casio fx-CG50 is, itself, a pretty beefy calculator with 61kb of RAM memory, but this might be one of the more versatile Doom ports we’ve seen put on such a calculator (and we’ve seen one run on a device powered by potatos).

The fun part is that alexosk8 even shared a video of himself playing the port he put on the Casio calculator. Anyone who would suggest it could be fake or just a superimposed image can watch him actually playing the game for a little bit and demonstrating its controls.

We’ll go ahead and chock it up to a proper port and slide that Casio calculator onto the lengthy list of devices that can run Doom. Well played, alexosk8.

TJ Denzer is a player with a passion for games that has dominated a lifetime. When he’s not handing out beatdowns in the latest fighting games, exploring video game history, or playing through RPGs with his partner, he’s searching for new food and drinks in the constant pursuit of good times with good people inside and outside the South Texas area. You can also find him on Twitter @JohnnyChugs.